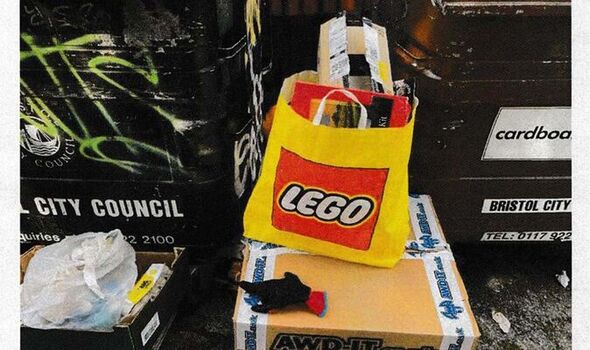 After five separate attempts to recycle three cardboard boxes, Pippa Gibbons of Brigstocke Road decided to place the boxes next to a full-up communal recycling bin that serves her flat. The three boxes were separately addressed to each of the three family members, who were named on the packaging. Leaving two of them has resulted in a £400 fine and the other a £100 fine, making the family liable to pay a total of £900.

However, Bristol City Council has since retracted the fines and admitted that the three separate letters were issued due to a “failure in our administration system”. It has, instead, issued a fly-tipping warning to one member of the family.

Ms Gibbons said that she would have accepted the fine if she “had dumped a sofa” but, in this case, she had “no other choice” as the recycling bin was full on each of the occasions she visited over several days. Although there is a sign by the bins urging members of the public to put waste inside the bin to avoid pests, she said there is nothing highlighting the fact that putting items next to it could result in a fine.

In the three letters seen by Bristol Live, the council stated that the “unlawful deposit of waste” is a “serious criminal matter” which carries “a maximum penalty of £50,000 or up to 12 months imprisonment in the Magistrates’ Court or unlimited fine and up to 5 years imprisonment in the Crown Court”. The letter continued by stating that this can be avoided by paying £400 within 14 days and that if there is a reasonable explanation a ‘representation’ can be submitted in writing.

Ms Gibbons said that all the properties on her street have two households living in each building. She said that since doorstep recycling was replaced with communal bins, recycling has become a challenge in the area.

Speaking before the fines were withdrawn, Ms Gibbons said: “I went up and down like a yo-yo for a week, trying to recycle these boxes after tripping over them outside the kids’ room. It’s rare to be able to go down to the recycling place and put anything in there.

“It’s so rarely emptied and it fills up straight away. When we got fined I had tried for five days consecutively to get rid of three cardboard boxes. In the end I got so bored of walking up and down that I put them on top of the bin and that’s what we got fined for.

“They’re not big cardboard boxes, one of them is the size of a shoe box. The shoe box, unfortunately, was addressed to my son who’s 11, so he got fined as well as us.

“I could understand if I dumped a sofa on a picturesque layby somewhere, I get that. Everyday you walk past there is loads of stuff piled up around the bins.

“Most of the housing in St Pauls are multi-occupancy dwellings. It’s so rarely emptied and it fills up straight away.”

In a statement to the council, contesting the fine, Ms Gibbons said: “The sign at the recycling area doesn’t give any indication or warning of a fine, there are signs to warn you of a fine if you don’t clear up behind your dog, or if you park inappropriately. The sign makes no mention of a substantial fine or gives any notice of this, which is a surprise given the amount.

“If BCC wishes to charge £400 per item not in the bin this should be made much clearer, particularly in an area which traditionally has housed poorer households. The items in the photographs were all in one bag, it is clear that they belong to the same address and it clear that to treat them as individual items is quite disingenuous.”

Her statement goes on to highlight problems with recycling in the area since the communal bins were introduced. Ms Gibbons has taken photos of the bins on Brigstocke Road and neighbouring streets on several different days to highlight her claims that they are constantly full up.

She also claimed in her statement that there is only one food waste bin to cater for six streets in the area. She estimates that, due to the size of the bin, the number of households it caters to and the frequency of collection, it is equivalent to a 10 litre food waste caddy (the standard for those used in doorstep recycling) being emptied every six weeks.

For the same six roads, she says there are only two cardboard recycling bins.

A Bristol City Council spokesperson said: “A failure in our administration system led to three different members of the same household being sent three letters for fly tipping in the same location over a 24 hour period. These letters are not immediate fines but they ask the alleged offender to contact the council to explain why their waste was on the highway.

“They can then opt to pay the specified amount via a Fixed Penalty Notice (FPN) or can attend an interview conducted in line with the Police and Criminal Evidence Act 1984 (PACE). We have informed the household that we have withdrawn the FPNs and instead issued a warning about fly tipping to one individual within the household.

“We apologise for any distress and inconvenience caused. Environmental crime has a negative impact on our streets and costs the tax payers and the council thousands of pounds.

“The council is working to reduce the amount of fly tipping in the city, which includes placing waste by the side of bins, and we issue FPNs when we identify those who have committed fly tipping after we have investigated the offence. When we have evidence that identifies the person who has allegedly committed fly tipping, we send them letters containing instructions to contact the council to explain why their waste wasn’t disposed of correctly.

“Following this contact a choice is then made by the alleged offender to pay the specified amount via a FPN or attend a PACE interview.”