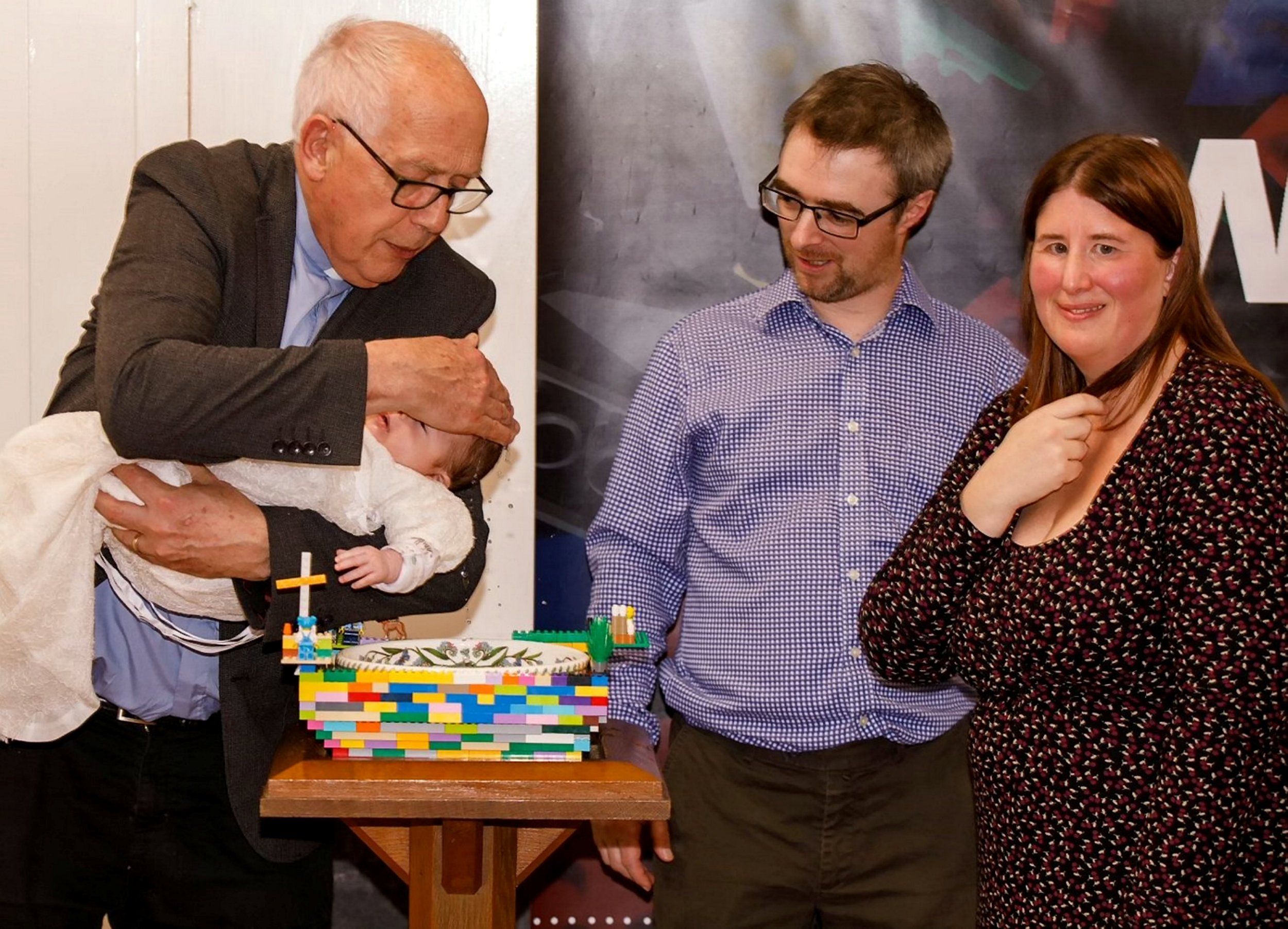 A Lego-shaped piece of history was made when a couple became the first parents to baptise their son in a font built from the famous toy.

Michelle Farrelly and her husband Angus decided to baptise their two-month old son Oliver at a ‘Lego Church’ in Devon.

The couple set up ‘Lego church’ at All Saint’s Church in Okehampton, to encourage children to explore a story from the Bible with the toy bricks.

Being committed to their group, it was only natural their infant son should be introduced to the church through it.

It is said to be the UK’s first Lego Church baptism.

‘Most of our regular Lego Church people are not churchgoers, and we are engaging with a broad range of parents, carers and children.

All Saints’ is one of only a few other churches in the UK offering the initiative.

Lego Church takes place on the last Saturday of every month from 4-5.30 pm in the All Saints’ Church Hall and is free to attend.

The couple are not the only people who are Lego obsessed. Two months ago, a group of men were banned from every B&M store in the country after they stole £4,000 worth of bricks.

Conlon McDonagh, Tom McDonagh, and Patrick Ward, all aged 22, raided B&M stores in Nottinghamshire during the crime spree in August.

CCTV showed them wearing baseball caps as they entered the stores before stuffing high-value kits into reusable shopping bags and walking out.

Having been caught the following day, the men were put before the courts and were each jailed for 18 weeks, suspended for 12 months.