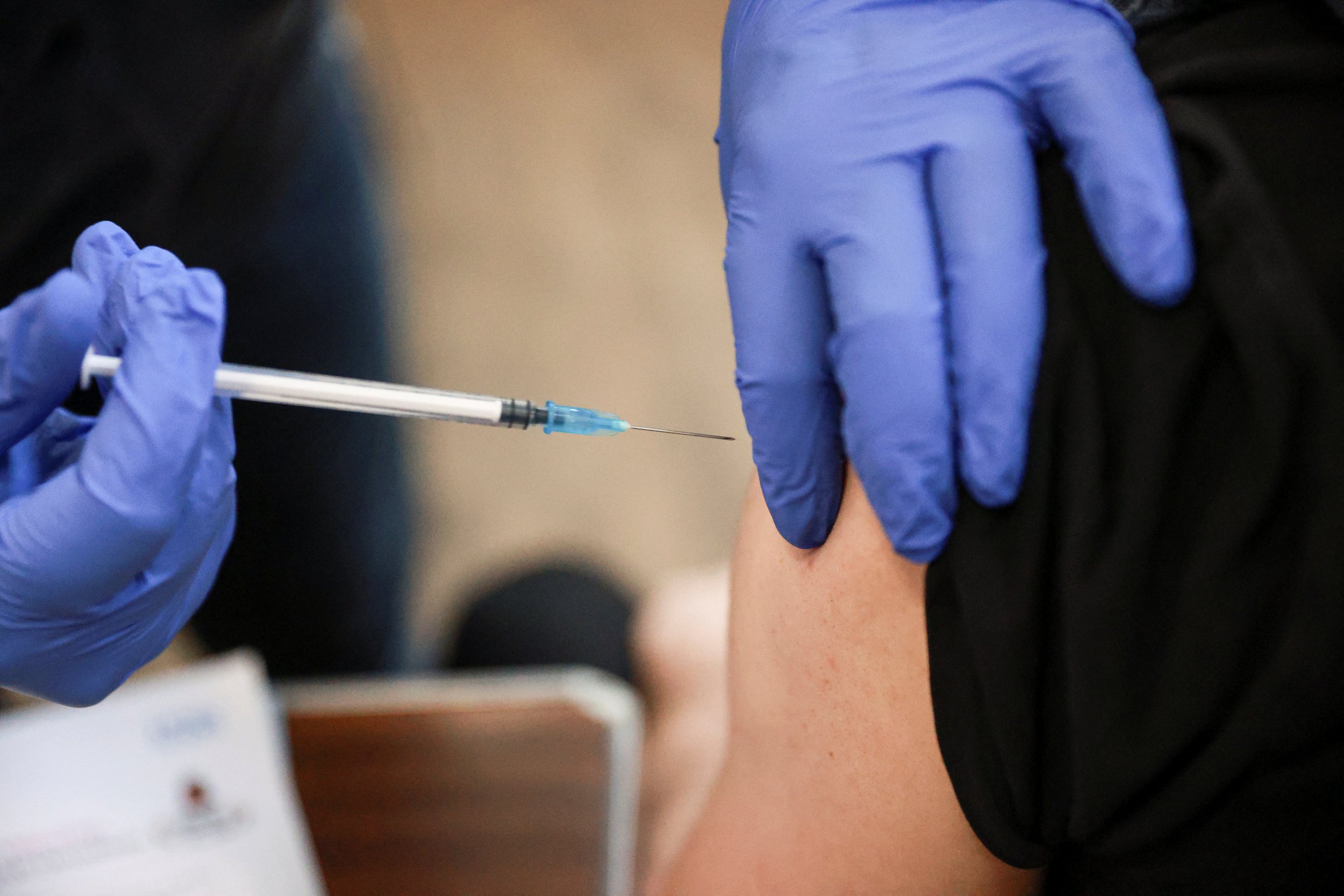 A couple in Cumbria are claiming to have received Covid vaccines for cash and say its ‘easy not to get caught’.

The individuals, who have asked to remain anonymous,have opened up about what they believe to be a growing market in the area.

They say a number of people are looking to get out of having their Covid vaccine and have asked them to get jabbed in their place.

Scientists have slammed the alleged scam as ‘contemptible’ and say having more than the recommended dose poses serious health risks.

But the shocking claims raise questions about the verification process of getting the jab and fears vulnerable people are being exploited by anti-vaxxers after Covid passes were introduced for nightclubs and large events.

One man, a 27-year-old drug user from the Carlisle area, said that he has received three doses while posing as other people.

The individual says he was approached by a friend of a friend, who asked him if he would stand in for him for £50 and receive a ‘second dose’ so that he could get his vaccine passport.

From there, the man says that news of his ‘services’ spread by word of
mouth, leading him to be approached on two further occasions.

On the second occasion, he claims he was given £80 to get a booster jab on
someone’s behalf.

He said: ‘I’ve had three covid boosters and I got paid to have them. I
got £50 for one and £80 for another, I can’t remember how much for the
other.

‘It’s just word of mouth people don’t want them [the vaccination], it doesn’t bother me getting them.

‘It hurt after I got them but I had the money to score so I didn’t care. I know people who have had more than me. It’s an easy way to get money. The people just gave me their details and I went in.’

The man’s girlfriend also admitted to getting one dose on behalf of a woman.

She said it was ‘easy’ but she would not do it again as she was ‘scared of getting caught’.

She said: ‘He got the first one and said it was easy, I really wanted the money but I was scared.

‘I did it and got my money, it was really easy they didn’t ask much, just name, showed them the appointment and hat was about it.

‘I’m not doing it again, I was in a lot of pain and I’m worried in case we get caught.’

However, her boyfriend claimed it was ‘easy not to get caught’.

He said the number of people wanting to dodge their vaccinations is increasing and has resulted in them being approached by several people.

‘I’ve been asked to do it by other people as well. It’s easy money, they don’t really care at the injection places they just want to get you in and out,’ he said.

‘It’s not their fault but it’s easy money. I don’t think I’m really doing anything wrong. If they don’t want them I’ll get them instead.

The couple spoke to CumbriaLive, which says it was approached by a separate trusted source claiming that there are increasing reports of people paying others to get vaccinated on their behalf.

This included one North West teacher who allegedly paid for such a service.

Health chiefs have slammed the alleged scam as ‘contemptible’ and said extra vaccines offer no further protection while posing the risk of serious side effects.

Colin Cox, Director of Public Health for Cumbria, said while he hasn’t personally received reports about the harmful practice, he believes that those attempting to trick their way into fully vaccinated status are ‘contemptible’ people.

‘Let’s get this straight…if people don’t want the vaccine presumably
that’s because they (wrongly) think it’s harmful,’ he said.

‘And then they’d pay someone else to take that perceived harm, so they can do
what they like without being vaccinated?

‘I think that would tell you all you need to know about someone who tried that.

‘I’ve not heard of it happening but if it is, it’s pretty contemptible. And I’m pretty sure illegal too.’

A leading scientist in anatomy has warned of the health implications of taking other people’s jabs, adding that the more vaccinations someone gets, the higher risk they put themselves at of side effects.

Dr Gareth Nye, lecturer in anatomy and physiology at the University of Chester Medical School, said: ‘The vaccines aim to prime the immune system so that if you encounter covid it knows how to fight it better.

‘To do this your immune system goes through its process which isn’t always great for you hence why you feel unwell after the vaccine – aches and pains, cold like symptoms. If you trigger your immune system too much you can make it overactive leading to major issues which can damage your body irreversibly.’

Dr Nye added that the phenomenon of people taking other people’s vaccines could also lead to incorrect projections about its effectiveness.

Cumbria Constabulary has confirmed that since being contacted by CumbriaLive, information about the alleged vaccine scam has been passed to its intelligence unit.

A spokesman for the force said: ‘If anyone is aware of such an incident taking place then they should report it.’