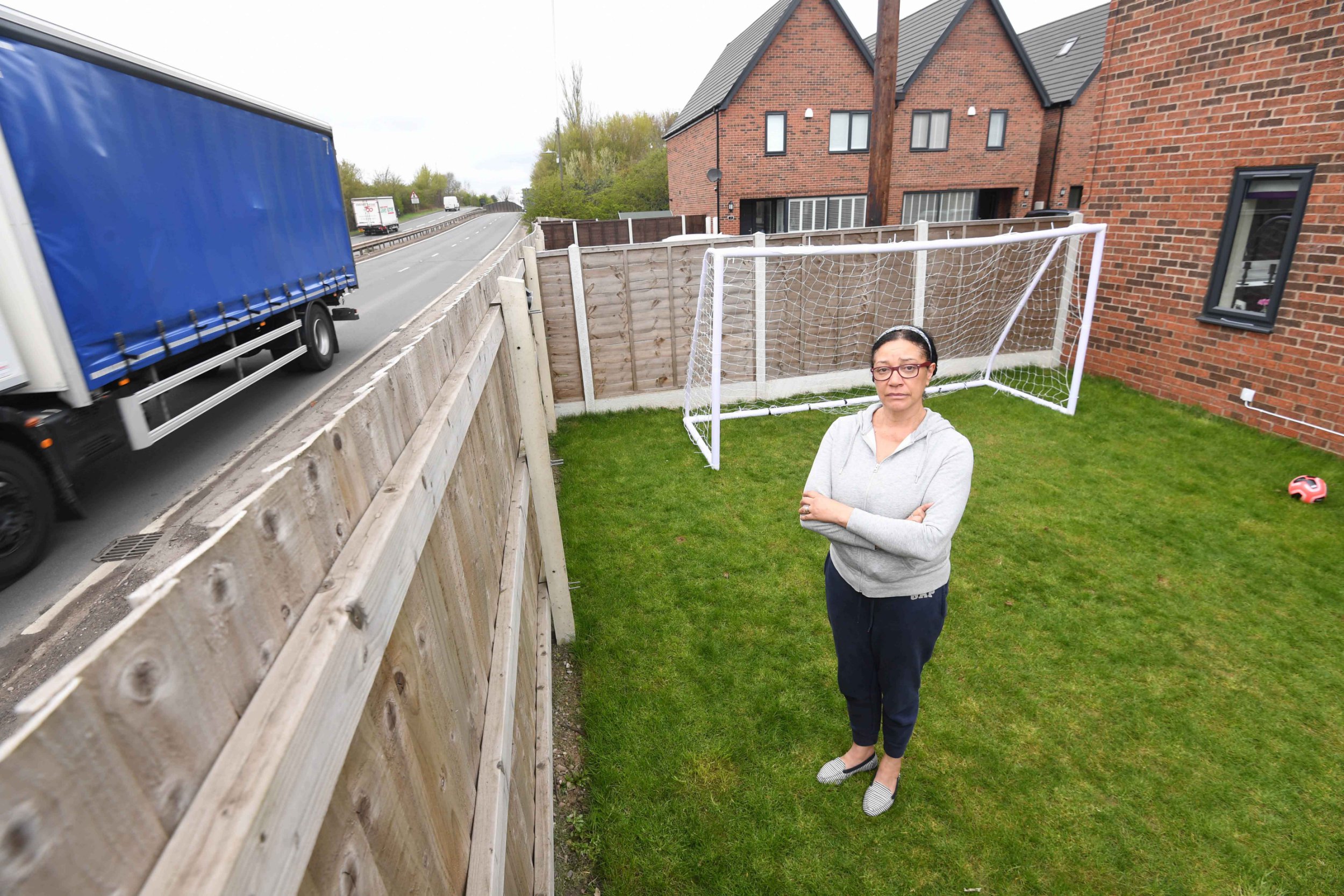 A family whose lives were made a ‘living hell’ by a main road at the back of their garden have won a major victory.

Jackie McCormack and her husband, James, launched a legal battle against North Warwickshire Borough Council after their ‘quality of life and mental health’ began to suffer.

The pair claimed they were affected by constant rumbling, noise and fumes from the A446 Lichfield Road just six metres away from their £350,000 home in Coleshill, Birmingham.

They even wore ear plugs to bed and said they were unable to open their windows due to the heavy traffic.

However it has since been discovered their ‘absolutely beautiful’ house was built after their local council failed to fully acknowledge a noise assessment report.

The Housing Ombudsman found that North Warwickshire Borough Council granted planning permission without considering the levels of pollution, and failed to prove why they did not need to, Birmingham Live reports.

Ms McCormack, 58, who claims estate agents only let her view the property when the road was at its quietest, told the publication: ‘We moved in on Friday and on Saturday it was absolutely horrendous.

‘On Monday, it started with the heavy good vehicles – my house was constantly shaking. You don’t get any respite at all, it’s relentless. It’s like living next to a motorway.’

The couple say they were forced to install trickle vents in order to get some form of fresh air into their home.

They also say they ‘suffered financially’ to fund the legal advice and the noise impact report.

Their local authority says officials have offered to replace the windows and even help the couple sell their home, an offer which the pair refused.

North Warwickshire Borough Council said: ‘The council has offered to implement the works that would have been required via the noise condition at its own expense.

‘However Mr and Mrs McCormack have refused permission for this to happen.’

Previously, Ms McCormack was forced to defend herself against online trolls following her decision to move into the property.

The disability charity worker has now told the Sun Online: ‘All these trolls say “you should have known”.