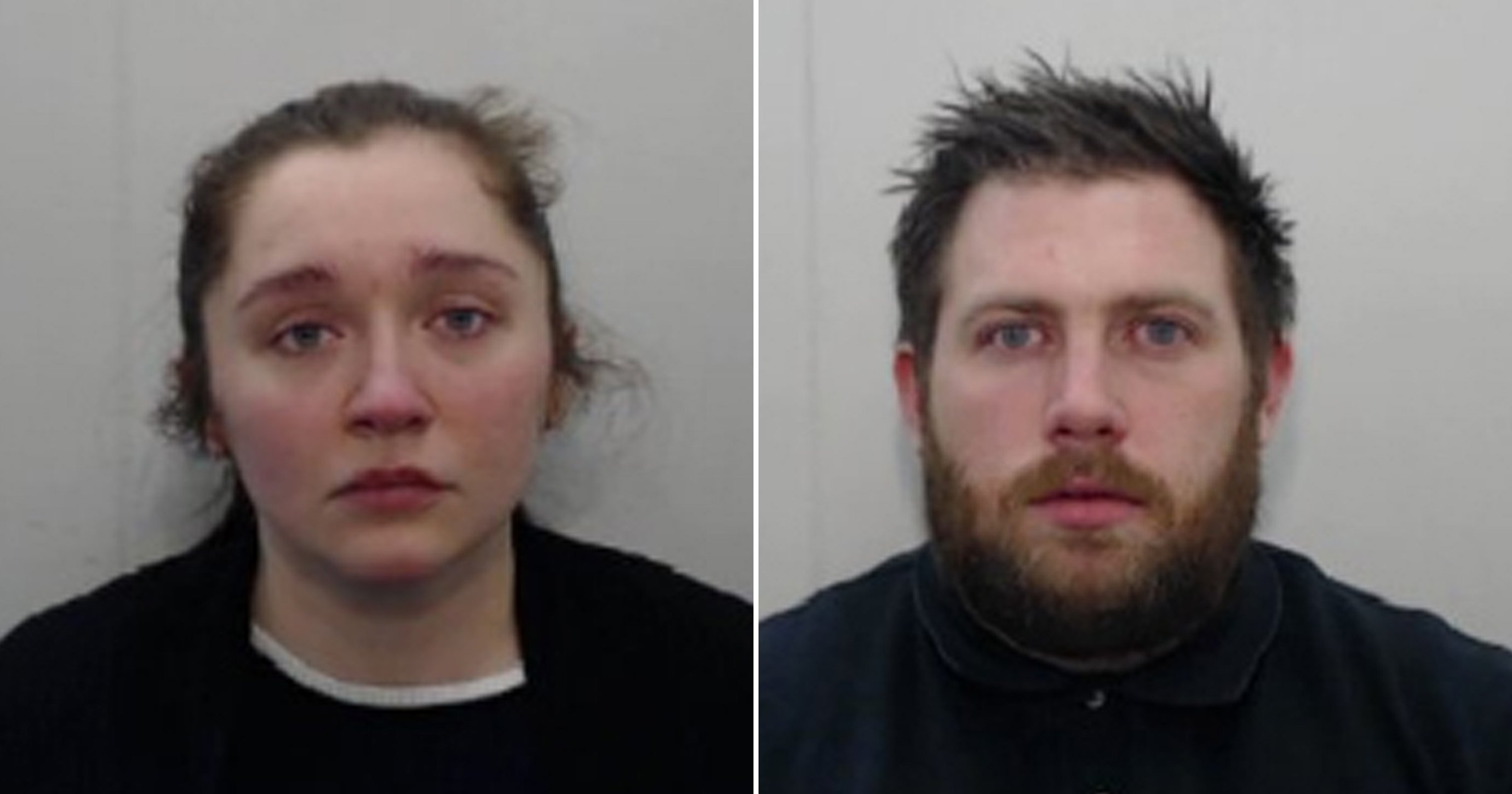 A couple left a three-month-old baby with life threatening injuries and then refused to say which one of them had done it – so both are now going to prison.

Ryan Briody, 34, and Rebecca Stott, 29, were caring for the youngster when he suffered a life-threatening brain bleed.

Medics said the injury was consistent with being shaken violently while they also discovered the baby had fractured his ribs.

A court heard that the child, now three, will be affected by his injuries for life and is at risk of developing epilepsy.

Briody, of Oldham, Greater Manchester, and Stott of nearby Chadderton, tried to wriggle out of blame by each denying wrongdoing.

The couple – who have since moved to Nottingham – refused to say what happened to the baby but accepted one of them ‘must have lost their composure’ and attacked him.

At Minshull Street Crown Court, Manchester, Briody and Stott were each jailed for 27 months after both were convicted of causing or allowing a child to suffer serious physical harm.

The investigation began on August 30, 2018 after the baby was taken by Stott to A&E at the Royal Oldham Hospital fighting for his life.

Prosecutor Harriet Lavin said: ‘He suffered a bleed on the brain, deprivation of oxygen to the brain and fractured ribs, some of which were at least 10 days old. There was also found to be a subdural bleed and at least one earlier episode of a haemorrhage.’

The injuries were caused by being shaken on at least two occasions – once shortly before his admission to hospital and the other at least two weeks earlier.

The prosecutor said the boy today ‘rocks back and forth and side to side’. He has problems with his development and communication and is at increased risk of epilepsy.

He is also showing signs of autism but experts were unable to say if this was because of the injury because he’s still too young to tell.

Briody and Stott had no previous convictions and their lawyer tried to argue they had been traumatised by the experience, which was sufficient punishment.

But sentencing Judge Maurice Greene said: ‘This was use of significant force and more than one incident of cruelty including neglect. The evidence does not point to one or both of you. It cannot be certain which of you caused the injuries to the boy.

‘He was a particularly young child of three months at the time. He was extremely vulnerable. It is quite clear only custody can be justified. This was a very serious matter involving life threatening injuries to a very young child who was in your care.’

The child is now being cared for by relatives.