Patrick McGuire and Sue Duncombe met at a Cancer Research UK rally after the disease took the lives of their spouses. But out of tragedy they found love – and married four months later, vowing to dedicate their lives to campaigning and fundraising. Their quest to fight for better outcomes for the 367,000 people diagnosed each year in Britain comes as Cancer Research UK finds itself in financial dire straits.

As the Daily Express revealed last month, the world’s second largest funder of cancer research is facing a £450million black hole because of Covid-19 and might have to “do the unthinkable” and sack 1,500 scientists as it makes savage cuts.

The cash crisis will have significant implications on future clinical trials and the ability to develop life-saving treatments, which has motivated the couple to speak out.

Today, Patrick will issue an appeal in a letter to Prime Minister Boris Johnson.

In it he says that without urgent investment Britain is in danger of moving from one healthcare crisis to another, adding: “Mr Johnson, please don’t delay action again, we are counting on you.”

The number of cancer patients starting treatment between April and July this year in the UK has reduced by 26 percent (31,000) compared with the same period in 2019, according to figures analysed by Cancer Research UK.

Patrick, 66, from Childrey, Oxfordshire, said: “Millions of people are in a screening and testing backlog, which means thousands are missing out on vital early diagnosis and, sadly, dying unnecessarily. 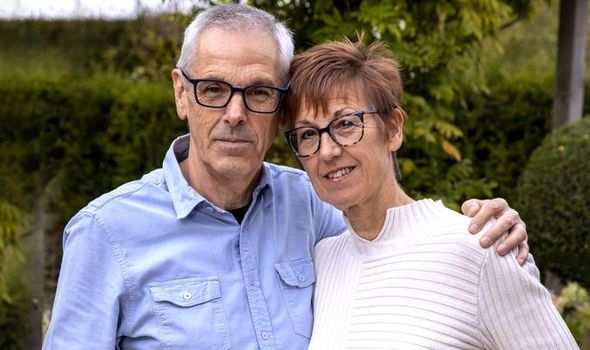 “From my own experience, I know the terrible strain as you wait between tests and diagnosis.The uncertainty, the fear, the dread and that ultimate feeling of losing control and helplessness. Put simply, this is about saving lives.”

The NHS Long Term Plan makes a commitment to detect 75 percent of cancers at an early stage by 2028. But some survival rates in Britain are among the worst in Europe.

Cancer Research UK says that if the Government fails to act as part of its Autumn Spending Review, the NHS will struggle to cope and cancers will go undiagnosed or diagnosed too late.

Retired Patrick, who used to work with children with special educational needs, lost his wife Pam to bowel cancer aged 52.

The fit and healthy English teacher was misdiagnosed three times before she was admitted to hospital through A&E and told her disease was inoperable.

Her GP said her symptoms, including fatigue and lethargy, were down to her diet and lifestyle.The doctor even suggested she was depressed.

Despite repeated visits, no physical examination was carried out and eventually, crippled with pain, she went to hospital. It was there on December 23, 2005, medics told her they had found a large lump and she only had months to live.

If she had been diagnosed at an early stage she would have had a 90 percent chance of survival.

Patrick said: “We were a normal, happy family on our journey through life – and then bang, this happened. It is a story that will be so familiar to millions of people.

“During the Covid crisis there will be many people suffering similar symptoms to Pam who do not present at GP surgeries and that worries me. So, if people are feeling tired, they have aches and pains or they feel something isn’t right, they must get it checked. One in two of us will get cancer in our lifetime. Just think about that.”

After Pam’s death, Patrick dedicated his life to preserving her memory and to helping to raise money and awareness of the charity’s life-saving work.

And it was at an event in Parliament in 2016 that he met Sue, whose husband Philip died of prostate cancer on Christmas Day in 2009, aged 57.

Sales manager Philip was diagnosed in spring 2005, but medics thought they had caught it early. 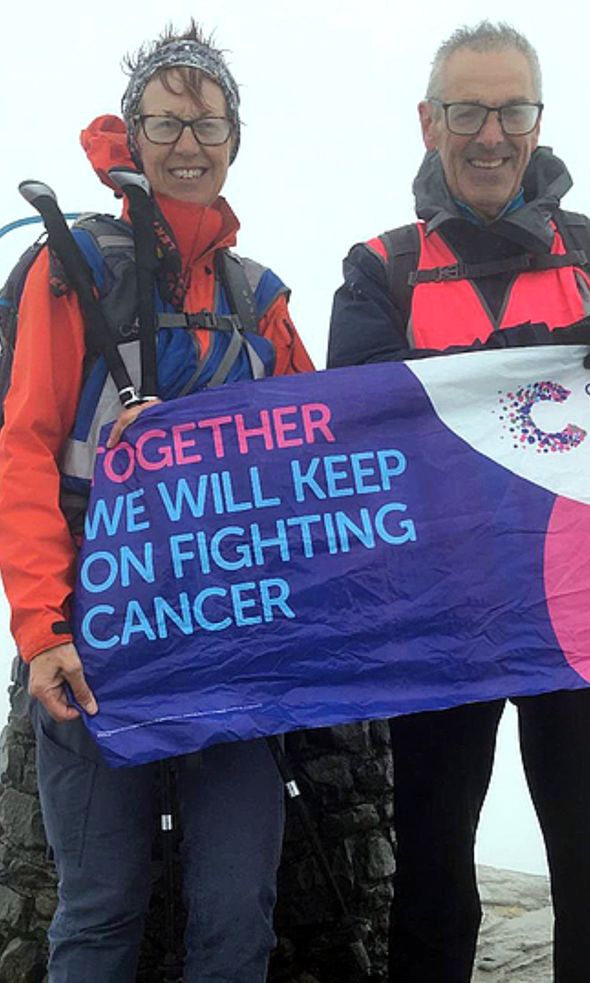 He had surgery but a test the following year came back with a high PSA reading. Sue, 63, said that by the end of 2008, after chemotherapy and hormone therapy, Philip wasn’t well enough to leave the house.

He went on a clinical trial of a new drug called Abiraterone.

Sue said: “Weeks later Philip was on his laptop looking at flights to Cape Town. I was absolutely stunned. The drug had a really positive impact.

“For nine or 10 months everything was good. Unfortunately, in October 2009, the drugs stopped working and there wasn’t anything left. He was then left on palliative care.

“The really positive thing is that it gave him 10 months of additional quality time to spend with friends and family – and that’s why I am so passionate about research – because I have seen first hand the impact it can have on patients, their family and friends. Abiraterone was approved by Nice in 2012 and is now a standard treatment for prostate cancer. I know of men who have been in Philip’s position who are alive six years later.

“I feel proud Philip was involved in a trial of a drug which now helps so many men. Its early development was funded by Cancer Research UK and that is why it is crucial the charity is able to continue to do the work it does.”

Patrick added: “Sue and I were connected by our experiences and both motivated by the fact that life is too short. Today we are motivated by our memories of Pam and Philip, this is their legacy.”

A Government spokesman said: “Cancer diagnosis and treatment has remained a priority throughout the pandemic and our message is clear – anyone who is concerned or needs treatment should come forward.”

The Daily Express is supporting Cancer Research UK as it fights to keep research going following a drop in funding due to the pandemic. To donate, visit cruk.org/dailyexpress 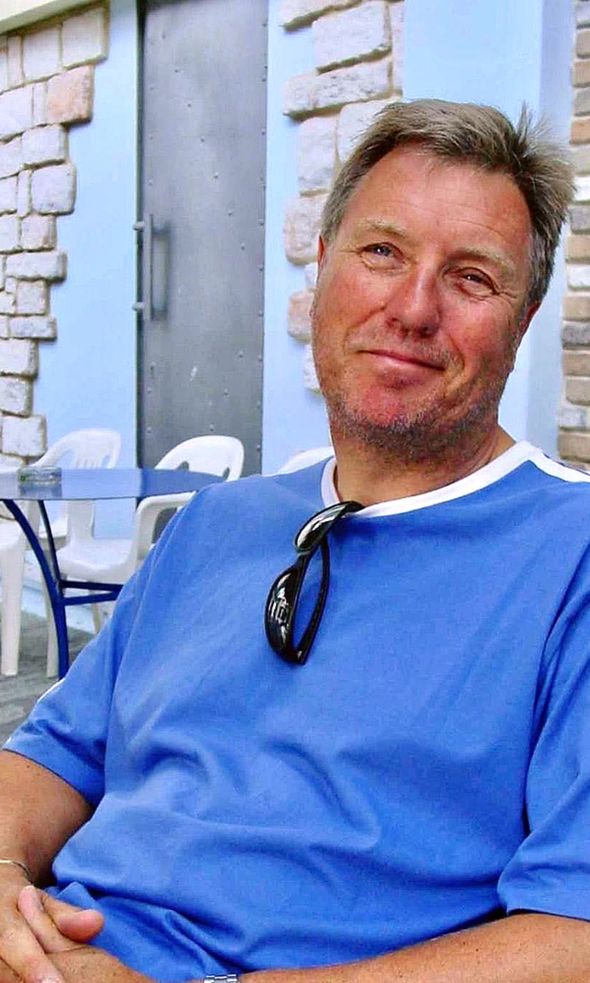 A heartfelt plea to the PM

In February I had the great pleasure of being part of a small group of supporters from Cancer Research UK to visit you in Downing Street to celebrate World Cancer Day.

I left feeling extremely positive and elated after hearing you commit to the Government’s support to improving cancer outcomes in the UK and, in particular, to improving the early diagnosis of cancer. Clearly, since February we have seen some unimaginable changes and challenges due to the Covid-19 pandemic but this has shown us the huge importance of investing in research, public health and our NHS.

My passion for improving early diagnosis stems from my own experience of my wife, Pam, being misdiagnosed three times before she was eventually admitted to hospital through A&E. Pam was diagnosed with stage 4 incurable bowel cancer. She died twelve months later, in March 2007, aged just 52. Pam taught English in a Secondary school and had a great love of literature. There was nothing she enjoyed more than spending time as a family with our two children. She had a great sense of fairness and justice along with a wicked sense of humour and great love of life, which tragically was taken from her too soon.

Pam’s death motivated me to volunteer for Cancer Research UK and campaign for better outcomes to stop others from having to go through the same devastating experience.

I’ve found it heartening to see the progress we’ve made in recent years. Back when I was a teenager in the 1970’s, only a quarter of people diagnosed with cancer survived 10 years or longer. Now, it’s just over half – but it could be so much better. Every day, around 450 people die from cancer. On March 16, 2007, one of those people was Pam. These numbers are not inevitable.

The Comprehensive Spending Review is an opportunity for a cancer reset to truly build back better and fulfil the Government’s existing commitments. We’re not asking for anything new, but simply for your Government to follow through on its own manifesto commitments, including to “increase cancer survival rates” and “boost early cancer diagnosis”. The NHS Long Term Plan makes a commitment to detect 75 percent of cancers at an early stage by 2028, now only eight years away. 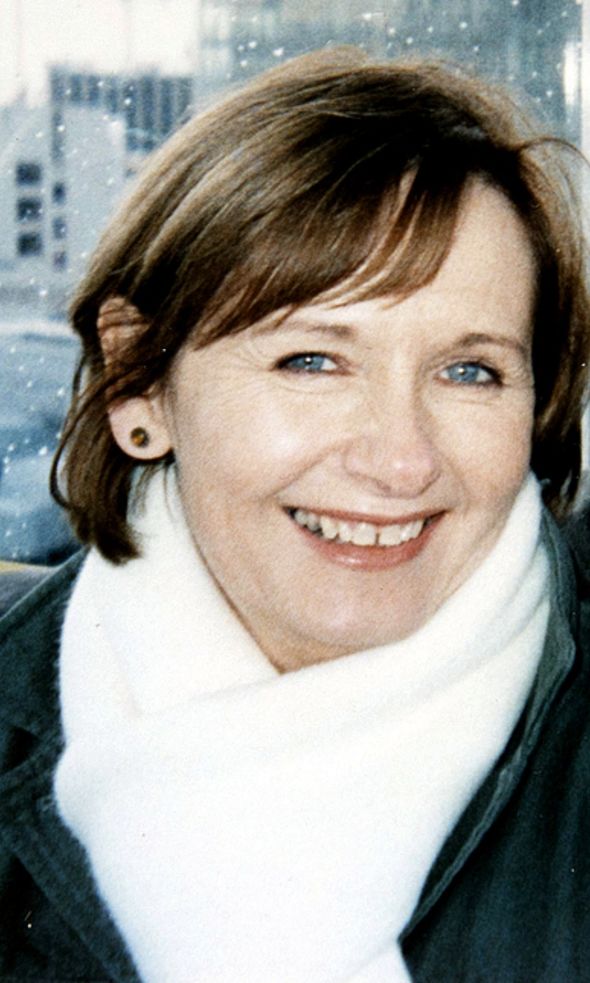 When I heard of these commitments, I thought of Pam. If she had been diagnosed at an early stage, she would have had 90 percent chance of survival, but as she was diagnosed very late, she had less than a 10 percent chance. Although we don’t see such numbers on our daily news bulletins many cancer patients are dying every day who could be saved. As of yet, no concrete steps have been made towards these ambitions.

Currently, millions of people are in a screening and testing backlog, which means thousands are missing out on vital early diagnosis and sadly, dying unnecessarily. From my own experience, I know the terrible strain as you wait between tests and diagnosis. The uncertainty, the fear, the dread and that ultimate feeling of losing control and helplessness.

Many more statistics could be quoted but what should motivate us even more is the fact that behind every statistic there is a real person, a real family going through devastating and life changing experiences. Pam had plans to go travelling with me in her retirement, but these were never realised. She never got to see her son graduate; she never attended the weddings of her son or daughter and more recently she never experienced the joys of seeing her three grandchildren.

Put simply, this is about saving lives. It’s about more couples spending longer together, about families sharing those special occasions together, about grandchildren being spoiled by grandparents. It’s about people and about trying to ensure that more people survive and live well with cancer. I’m regularly inspired by the many nurses, doctors, clinicians, scientists and researchers with their passionate commitment to improve cancer outcomes. Along with our political leaders that is such a powerful force, making a difference and transforming lives. I believe with the NHS and our incredible research, the UK could and should be the best in the world when it comes to cancer survival.

Hopefully one day we’ll be able to meet again to mark World Cancer Day as a disease of the past, and you, as the Prime Minister who took steps toward this future. I’m sure that is a world we all want our children and grandchildren to grow up in.

We’ll be looking to you to fulfil the commitments made in your manifesto – to provide the NHS cancer staff and life-saving medical research with the funding it needs in the upcoming Spending Review so that more lives can be saved.

Together, we can beat cancer. Mr Johnson, please don’t delay action again, we are counting on you.