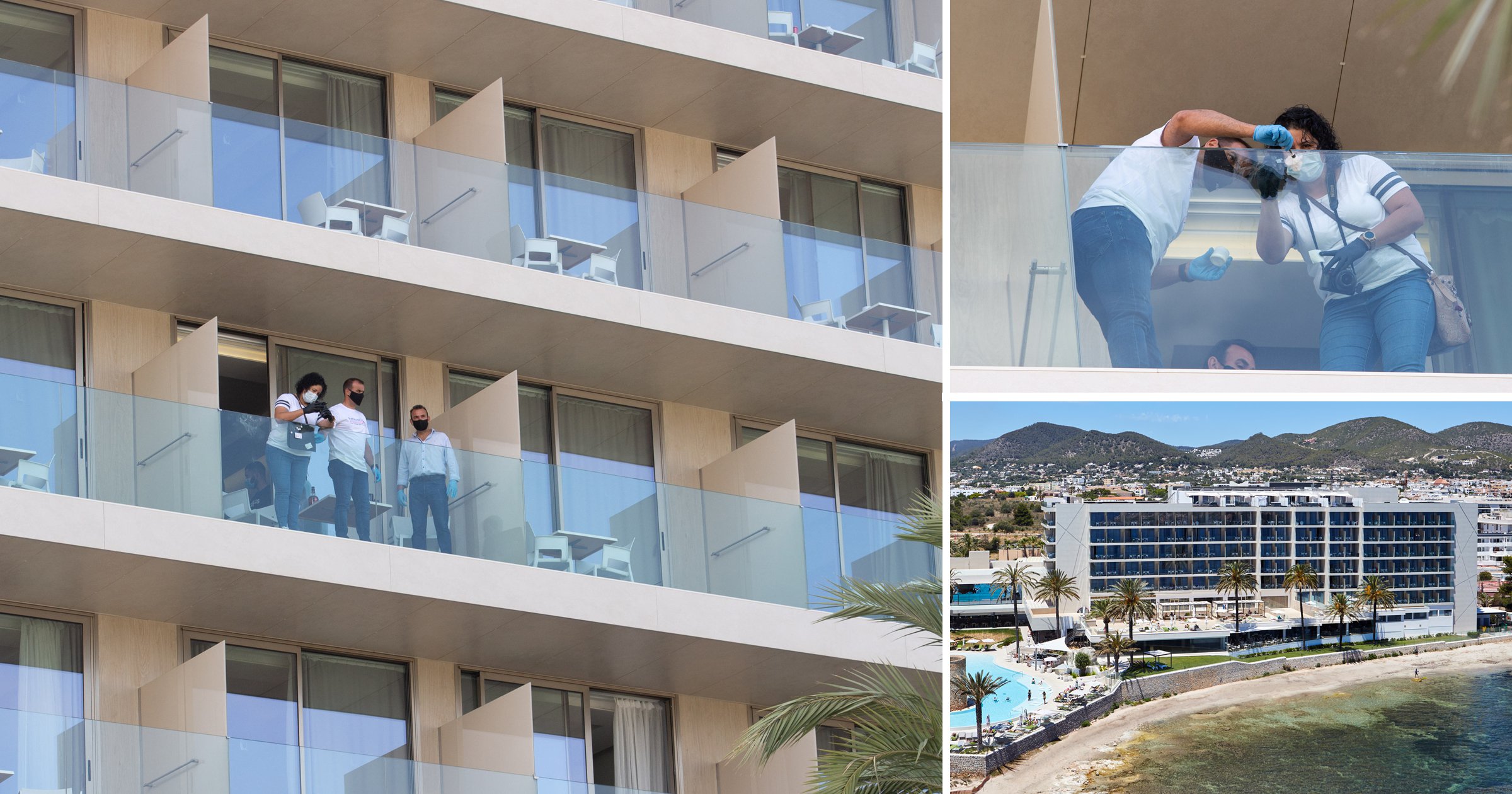 A couple has plunged to their deaths from the fourth-floor balcony of an Ibiza hotel in a suspected murder-suicide.

Detectives are investigating whether a man pushed his partner before jumping off the balcony of the four-star Torre del Mar Hotel in the early hours of Thursday morning.

The pair, a Moroccan man, 26, and a Spanish woman, 22, with dual Italian citizenship, were heard arguing before they died shortly before 4.30am.

The tragic incident was initially suspected to be accidental – but a witness testimony persuaded officers to treat it as a potential case of gender-based violence, according to local media.

Preliminary autopsy results could not confirm this hypothesis, Periodicodeibiza.com reports.

Officers began inspecting the balcony at the British-favourite hotel in Playa d’en Bossa at daybreak.

They are taking statements from guests staying in nearby rooms.

Spanish National Police have launched an investigation which is being coordinated by an island court.