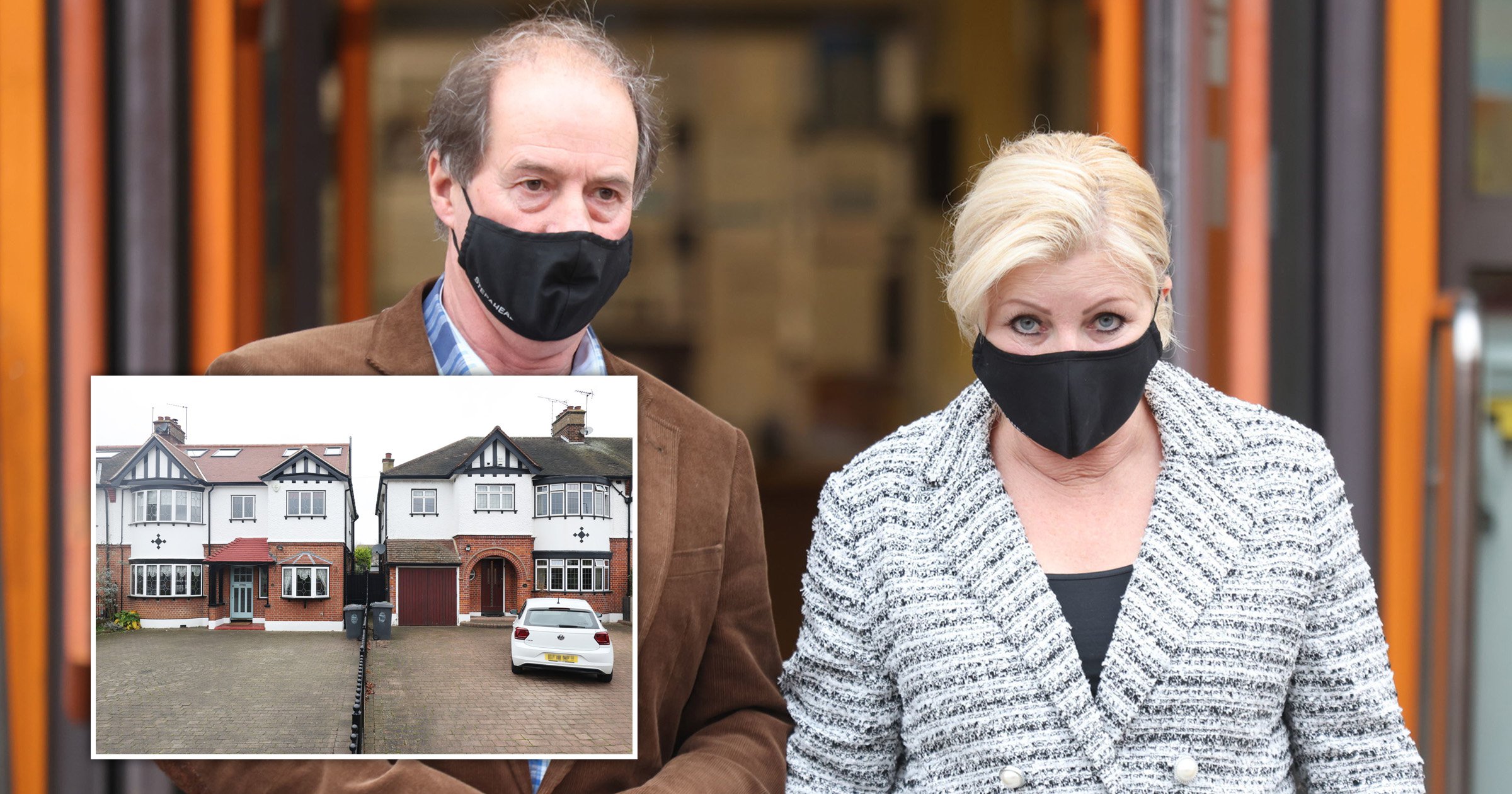 A now-separated couple have been accused of carrying out a campaign of harassment towards their neighbours for more than a year.

Sandra Durdin, 58, and ex-partner Trevor Dempsey, 63, had been in a long-running feud with their neighbour of four decades, Joanne Shreeves, between June 2020 and last August.

The pair have been accused of flooding Ms Shreeves’ alleyway, attaching barbed wire onto garden fencing, spraying a hose at the property and putting up clowns and dolls on the fence.

They allegedly parked vehicles on Ms Shreeves’ driveway in Chingford, east London, and Durdin is said to have called her neighbour an ‘ugly whore’.

The defendants were due to stand trial at Stratford Magistrates’ Court yesterday after each denying a charge of harassment.

Durdin also pleaded not guilty to criminal damage regarding an allegation of destroying a £1,350 CCTV camera belonging to Ms Shreeves.

But Phil Emery, defending Dempsey, said Durdin had contracted Covid-19 and was unable to attend the hearing.

The case was instead adjourned for a review on May 3 at Thames Magistrates’ Court, ahead of a further hearing.

Prosecutor Lucy McGarr said the allegations against the former couple included ‘putting up clowns and dolls on [their neighbour’s] fence’ and ‘spraying hose water onto their house’.

The case was described as ‘messy to say the least’.

District Judge Jane McIvor directed the Crown Prosecution Service (CPS) to decide ‘whether it is in the public interest to continue’ with proceedings.

Dempsey, who sat in the dock wearing a dark suit, spoke to confirm his details and tell the court he has now separated from Durdin.

A previous hearing was told the defendants, who have both been bailed, have now moved to Ramsgate.

They will not be required to attend the review on May 3.