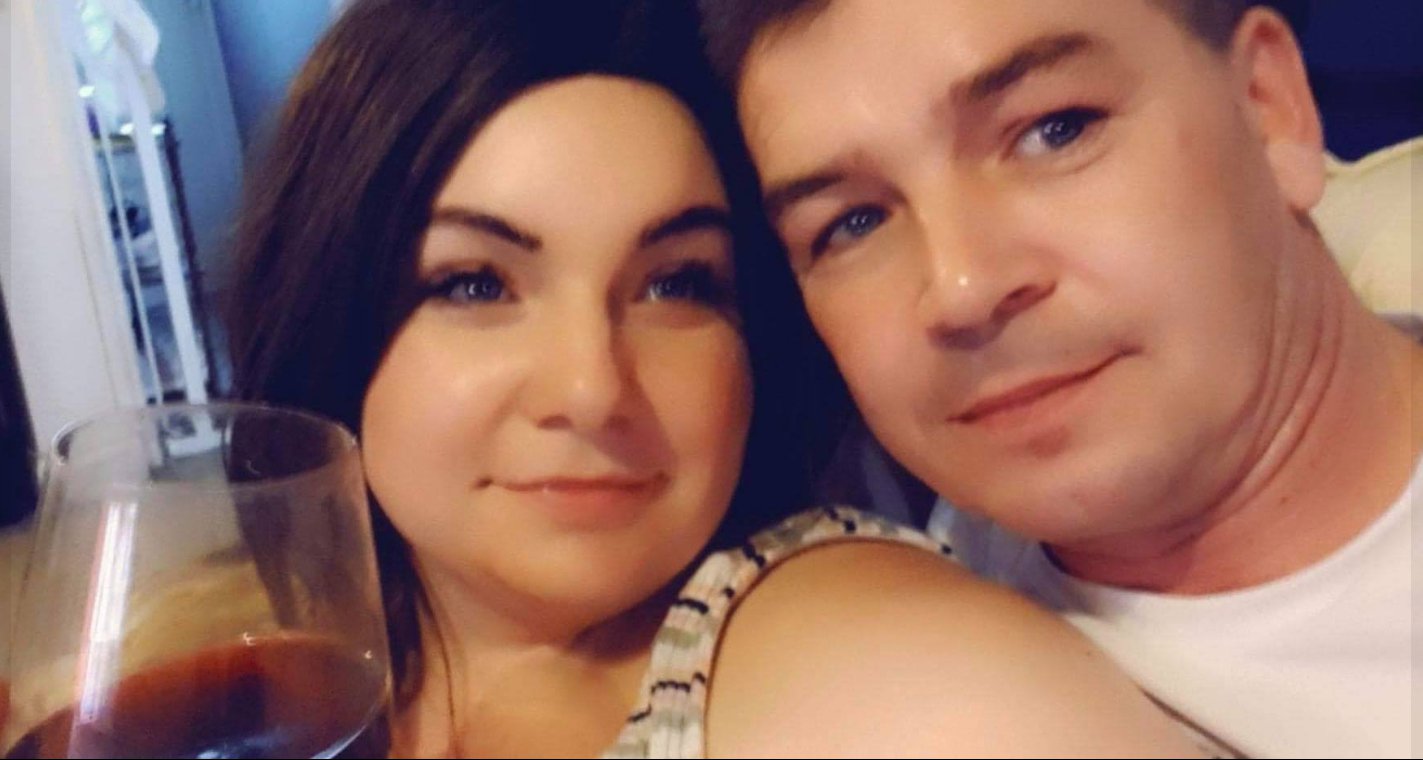 A couple who lived in a house in Bridgend where two babies were found dead have been named and pictured.

Van driver Žilvinas Ledovskis, 47, and his partner Eglė Žilinskaitė, 29, are thought to have moved into the end-of-terrace property in the suburb of Wildmill around a year ago.

The house has been cordoned off after the bodies of the infants were found on Saturday, with officers called to the scene just before 8pm.

South Wales Police have not confirmed the relationship between the babies but some reports have suggested they could be twins.

Two men and a woman have been arrested on suspicion of concealing the birth of a child.

This afternoon the force announced they would be held for a further 36 hours after an extension to their detention was granted by magistrates earlier today.

A spokesperson told Metro.co.uk it ‘has not confirmed or denied’ the identities of the occupants of the three-storey property.

Post-mortem tests are being carried out on the babies to try and establish how and when they died.

A Home Office pathologist will complete the investigation but the results are not expected for a number of weeks.

A number of neighbours said they were unaware of any infants at the property, in the Maes-Y-Felin area.

Next door neighbour Charmaine Gardener-Ponting, 27, said she had lived next door to the house for a year and never heard or seen any babies there.

She said: ‘We were told by police that they were called to investigate another matter and that’s when they found the babies.

‘We didn’t really know them very well. We would say hello to them but we didn’t know their names.’

She added: ‘I have never known the woman to be pregnant. I didn’t see her as regularly as I would see the one guy but every time I have seen her she always wore very baggy clothes and she wasn’t small so it would have been difficult to tell.

‘The one guy was always working on his car in the garage.’

Another neighbour, Nathan Jones, 40, said: ‘I have never seen any babies there and I never knew anyone to be pregnant.

‘I would see the man and the woman going to their van as I was walking the dog but I have never spoken to them.

‘It’s a real tragedy that something like this could happen and no one know about it.’

The discovery of the infants was described as ‘shocking and tragic news’ by the leader of Bridgend County Borough Council, Huw Davis, who said residents are supporting each other while the investigation continues.

People have been urged not to speculate and allow the police to carry out a full investigation, with officers maintaining a visible presence in the area.

Another unnamed neighbour added: ‘There is lots of speculation – people are obviously very concerned.’

Detective Superintendent Darren George said: ‘Our thoughts go out to anyone affected by this traumatic incident.

‘I would also like to thank the local community for their patience, given the significant police activity in the area over the past 36 hours.’

He also urged people to share information responsibly on social media: ‘Some information has been both upsetting for people connected to the incident and could compromise the investigation.’