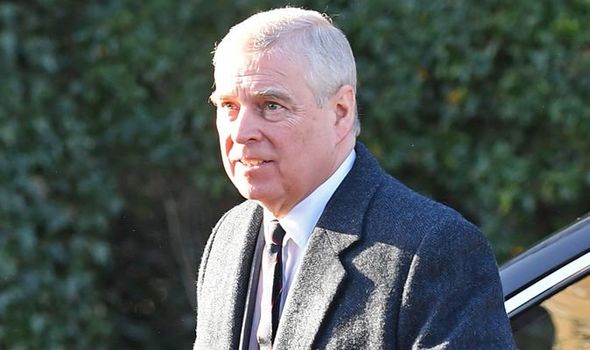 David Boies, who represents Virginia Giuffre, has suggested he has fresh testimony and witnesses prepared to come forward to undermine the Duke of York’s efforts to distance himself from allegations.

Andrew, 61, has consistently denied sexually assaulting Ms Giuffre, now a 38-year-old mother-of-three, and insisted he has no recollection of ever meeting her when she was a teenager and known as Virginia Roberts.

At that time she worked for the late millionaire paedophile Jeffrey Epstein.

She claims she was trafficked to London by Epstein and his former girlfriend Ghislaine Maxwell and forced to have sex with Andrew in 2001 when she was 17 and he was 41.

Ms Giuffre, who filed a civil lawsuit in New York earlier this week seeking compensation for sex abuse, has claimed she went on to sleep with Andrew on two other occasions on the orders of Epstein and Ms Maxwell. Mr Boies yesterday confirmed he had new witnesses ready to support Ms Giuffre’s story after earlier hints last year.

He said: “There is other evidence that will come out that undercuts his assertion that he didn’t know Virginia, had not been with her.”

Mr Boies said a civil case could be held in New York as early as the middle of next year, raising the possibility of a sensational trial overshadowing the Queen’s Platinum Jubilee.

The prince does not have to attend or give evidence in civil cases, but it is possible he will be found liable in absentia and hit with a huge compensation claim from Ms Giuffre.

Legal experts doubt it could be enforced in the UK, but Mr Boies is confident it would.

Andrew stepped down from duties in November 2019 after a disastrous TV interview about the scandal.

He had been hoping to resolve his legal difficulties this year and return to public life.

But the prospect of a court case close to next June’s central weekend of national celebrations of the Queen’s 70 years on the throne will cause consternation at Buckingham Palace.

Andrew, who has been staying with the Queen at Balmoral with his ex-wife Sarah, Duchess of York, was yesterday joined by daughter Eugenie.