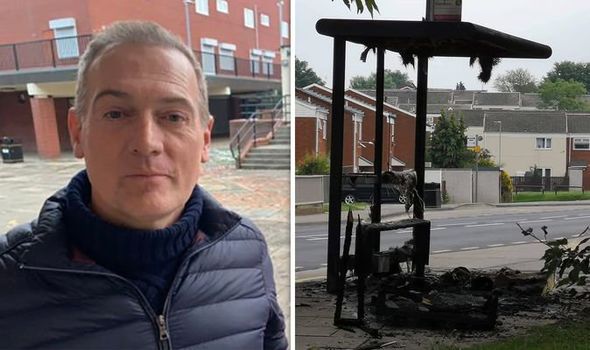 Andy Preston, Mayor of Middlesbrough, called on Secretary of State for Justice Dominic Raab to do more to ensure courts hand out harsher punishments in the UK. Yobs in the Hemlington area of the town have “run riot” lately by vandalising homes and cars, committing arson and even subjecting people to physical attacks.

So, in an emotional letter penned to Mr Raab, Mr Preston said: “Too often the courts appear to be way too concerned with the rights of suspected criminals.

“Too often the human rights of the offenders appear deemed more important than defending decent people.

“I do understand that the process of justice is a complex matter and that everyone is doing what they think is for the best – but we urgently need a reset – the courts are way too soft.

“There is always a balance between being tough on crime and preserving liberty – but things are now way off balance and decent people are paying the price.”

One pensioner became too scared to even leave her home in Hemlington last month, reports Teesside Live.

Jeanette Walker, councillor for the area, had told a council meeting: “I have seen people, such as my own family, being attacked by a brick over their head.”

Mr Preston, who became mayor in 2019, said: “I’m calling on Mr Raab to push the courts to support the police in giving more much-needed protection to decent people whose lives are made a misery by yobs.”

He claimed police officers, who he says are also routinely attacked, have also not received support from the courts.

Cleveland Police says it has launched an operation to tackle crime and antisocial behaviour in Middlesbrough.

The force has made arrests following drugs raids and agreed acceptable behaviour contacts with children identified as being involved in antisocial behaviour (ASB).

Councillor Allan Bell, another Hemlington ward councillor, recognised that there was a need for tighter restrictions on people committing crimes, he also doesn’t want the focus on the area to be completely negative.