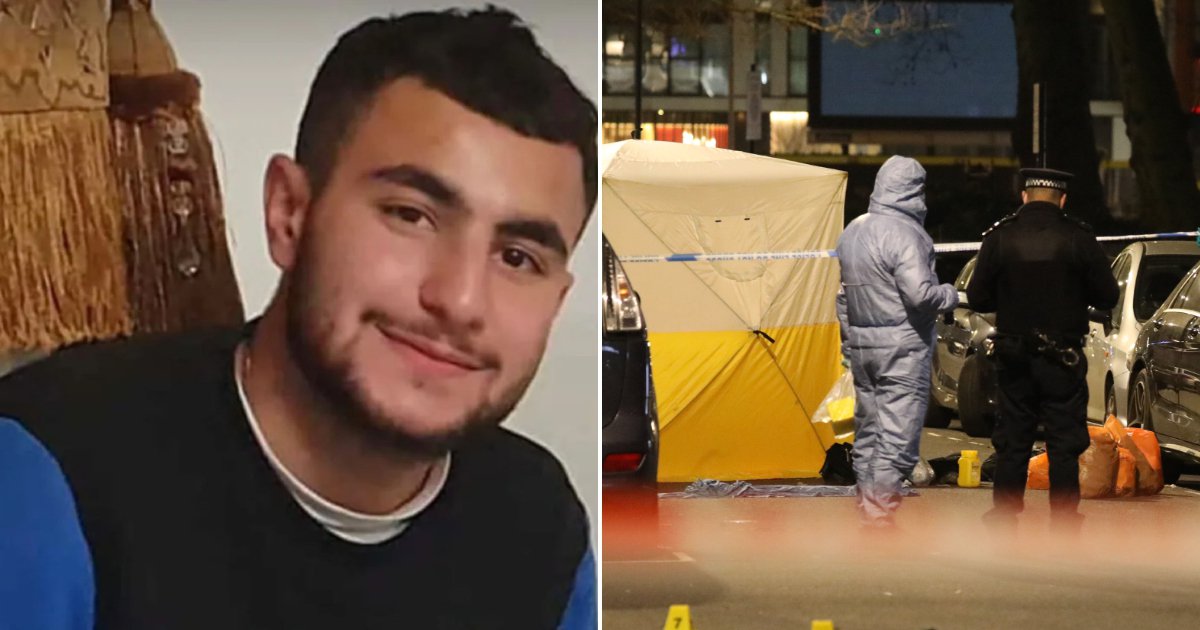 A teenager was stabbed to death in London on Friday less than 100 metres from where his cousin was killed 18 months ago.

Ahmed Beker, 19, was knifed on Paddington Green close to where Yousef Beker , 17, died outside a KFC on Edgware Road on 10 September 2019.

Friends of Ahmed described him as ‘one of the nice kids’ who wanted to ‘make it in life’.

A relative, who lives in Hall Tower said: ‘Our dads are first cousins, so he was family to me.

‘He was a civilian and not involved in any gang violence. He went to the college just around the corner, City of Westminster College.

‘Two month ago, he was attacked when he was smoking a cigarette outside Hall Tower.

‘Some guys came up to him and slashed his face with a knife. Now look, he literally died on the same road, a month later.

‘They killed him innocently, literally for no reason.

‘His cousin Yousef Beker was killed at KFC over there, but that’s a whole different story.

‘Two brothers have now lost their sons to knife crime.

‘Five or six people get stabbed around here all the time but it’s never reported. The police only show up for a couple of days to show themselves and then they go.

‘But when it’s serious, where are they?’

Police and paramedics were called at 9.13pm on Friday, but despite their efforts Ahmed was pronounced dead at the scene.

A post-mortem examination was due to take place at Westminster Mortuary today. His next of kin have been informed.

‘When my friend called me in the night and said Ahmed Beker passed away, I couldn’t believe it.

‘The way he spoke you would not think he’s involved in that life. What happened to the times when men used to fight with their hands?

‘People from other postcodes are not man enough to deal with their problems so they pick on a random civilian.

‘The second you pick up a knife and walk down a road with it, you have no self-respect.’

Mnayer Alenezi, 16, who also knew the victim through friends said: ‘He was a really good kid, always high-fiving people when he was out.

‘Everyone just knew him like a local, you know.

‘I haven’t seen him for over a year, so it was a bit of a shock, because he was one of the nice kids.

‘My cousin went down and came back up running saying he got stabbed in some gang violence.

‘It’s because the kids in this area fight with kids in Harrow road.’

A man whose son went to school with Mr Beker said: ‘He was a quiet boy and always very polite. Whenever he passed me in the street and saw me, he would say hello in a polite way.

Last August, three youths were jailed after Yousef’s murder which blew up over a minor disagreement a few hours earlier.

A 17-year-old male from Lambeth was jailed for seven years for manslaughter.

Another 17-year-old male from Lambeth was given a life sentence, to serve a minimum of 17 years for murder and possession of an offensive weapon.

Zeshaun Daley, 19 was sentenced to life imprisonment, to serve a minimum of 19 years for murder. He was also given a four-year sentence for possession of an offensive weapon to run concurrent.