Twenty-four hour vaccination sites will be piloted in London before the end of January, the vaccines minister has said.

Speaking to Sky News, Nadhim Zahawi said the NHS will be “targeting forensically who we want to protect” to ensure the most vulnerable people can be vaccinated first.

He said that as there is “limited supply” of the vaccine, “it needs to get into the arms of the most vulnerable” such as those who are elderly or clinically extremely vulnerable.

While the current 8am to 8pm vaccination times work better for the over-80s, some areas of the UK have managed to give out first jabs to the majority of this age group.

In Darlington, all care home residents have been vaccinated already, the minister said.

The vaccine programme has been concentrating on those aged 80 or over, care home residents and NHS staff, but from today it will be rolled out to the next two priority groups – those aged over 70 and those listed as clinically extremely vulnerable.

The first groups will remain the priority but vaccination sites that have supply and capacity will be allowed to vaccinate those in the next two groups as well.

Foreign Secretary Dominic Raab pledged on Sunday that all adults will be given their first dose by September, with Mr Zahawi this morning saying it was “achievable”.

He added that the issue at the moment is there is a limited supply of vaccines but said “millions of doses” are being delivered over the next few months. 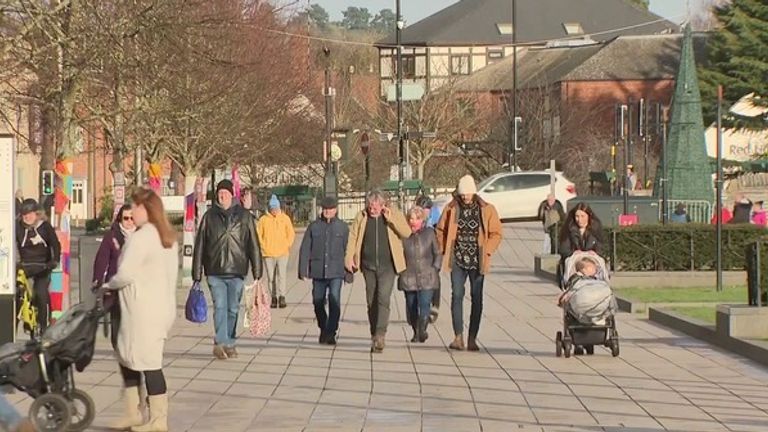 The vaccines minister said teachers, police officers and shopworkers should be top of the next phase of the vaccine rollout list, after the four most vulnerable groups.

He said he was confident the NHS can meet the mid-February deadline to get those first groups vaccinated, and added that the government does not plan on extending the 12-week gap between getting the first and second dose of the vaccine.

Speaking about restrictions, he said they could start to be eased “two to three weeks” after that mid-February deadline.

Addressing reports of vaccine doses being wasted, he said it would be a “terrible thing” to waste any vaccine and the government has told the NHS to “use every last drop”.