New measures to slow the spread of the newly identified Omicron coronavirus variant are now in force across England.

They were announced by Prime Minister Boris Johnson over the weekend amid rising concern the new strain could be more transmissible.

Rules on mask-wearing have been tightened, while the COVID booster jab programme has been opened up to all over 18s.

Sky News spoke to commuters, as they donned masks once again on public transport. George told Sky’s Aisha Zahid at Victoria Station in central London that he doesn’t “want to be wearing a mask but you’ve got to do what you have to”.

“They protect the spread of the virus so they should be worn,” he said.

He added that while he isn’t “too worried” about the Omicron variant, he thinks these measures being reintroduced are the right thing.

William said face masks “need to be worn for our whole community” and has continued to wear one on public transport even after the mandate was dropped. 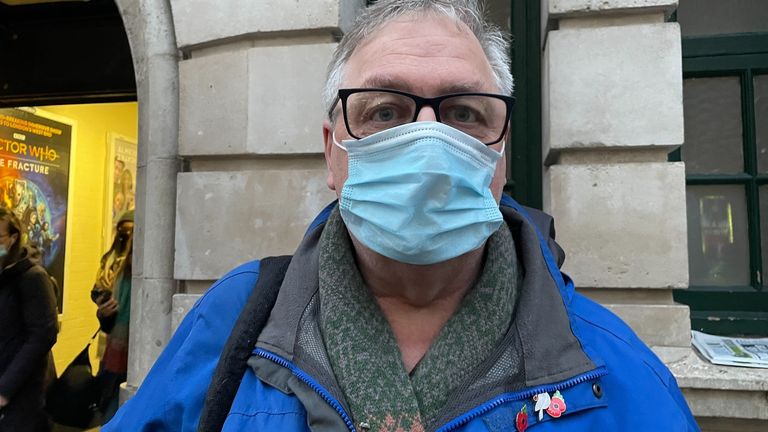 But he added that “personal autonomy is still important so I’m not bothered if people don’t wear one”.

He thinks it would have been a “bad show of face” for the government had masks not been made compulsory again.

Georgina added that it is “essential” to wear masks if cases are rising and there is a new variant.

She said she has an hour and a half commute to and from work each day, and that “wearing my mask is something that I’m really used to so I don’t even notice it anymore”. 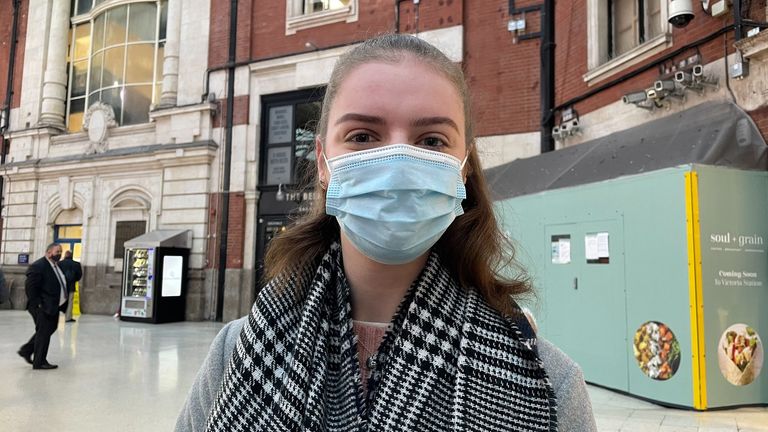 She added her parents also feel strongly about masks being worn: “They’re really happy to see them back.”

Katherine believes that compulsory mask-wearing “is a very good idea” and the rule should have remained “for longer to start with”.

She’s been travelling on the Tube this morning where she says most people were wearing masks. 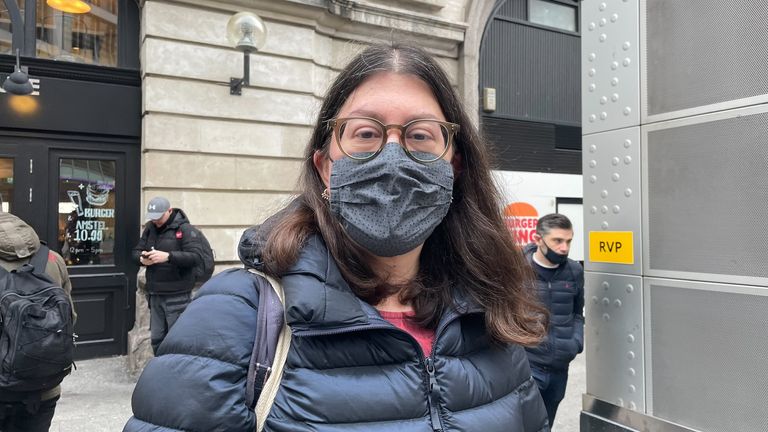 “It’s been a lot better than even last week, I also noticed more people were masked up in shops over the weekend,” she added.

Vicky says: “I think we would’ve been in a better position if we stuck to it all along, the on and off hasn’t been good.”

She has to wear a mask for her job but admits “I’ve been really slack with it in other places” so she says the new rules will take getting used to. 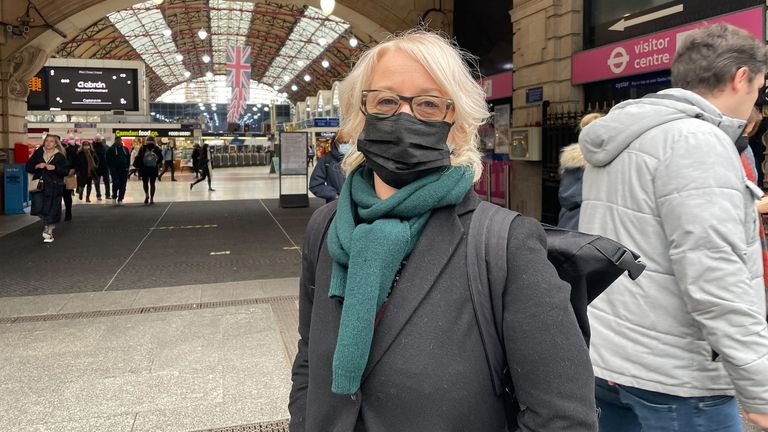 Talking about her journey this morning, she said: “There’s definitely more people in masks, and it is younger people who seem to not be wearing them.”

She received her booster vaccine today at a vaccination centre at St Helens Totally Wicked Stadium. 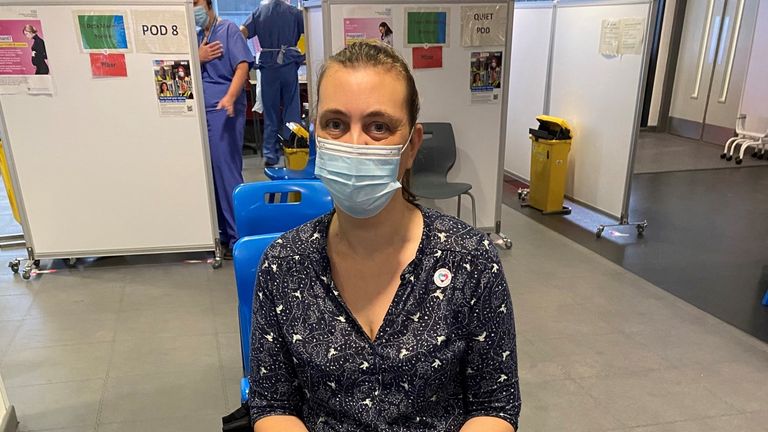 She said: “We need to try our hardest to try and sort this out. I want a Christmas; I want to try and feel like we’re going back to normal again. One step forward please.”

The directorate manager of vaccination services at St Helens and Knowsley NHS Trust, Karen Birchall, said the walk-in facility has been put on hold because “capacity is exceeding the demand”. “Business is really busy, we are fully booked. The walk-in facility at the moment we’ve had to put on hold because capacity is exceeding the demand,” she said.

“We’re outsourcing, we’re recruiting to make sure we can meet that demand that’s coming through.”