Ali has no legal right to live in the UK, which means he never goes to the GP, never gets prescriptions from pharmacies – and says he won’t be getting the COVID vaccine.

Wearing a face mask, his hood pulled low over his eyebrows, Ali (not his real name) reveals his concerns.

“I’m scared to go to the NHS in case they pass our information over to the police,” he says.

“That’s why we don’t get tested for COVID and don’t expect to be vaccinated.”

Ali’s job is public-facing, which means he can easily catch and spread COVID. If he gets sick, it’s unlikely he will seek treatment until his illness becomes unbearable. 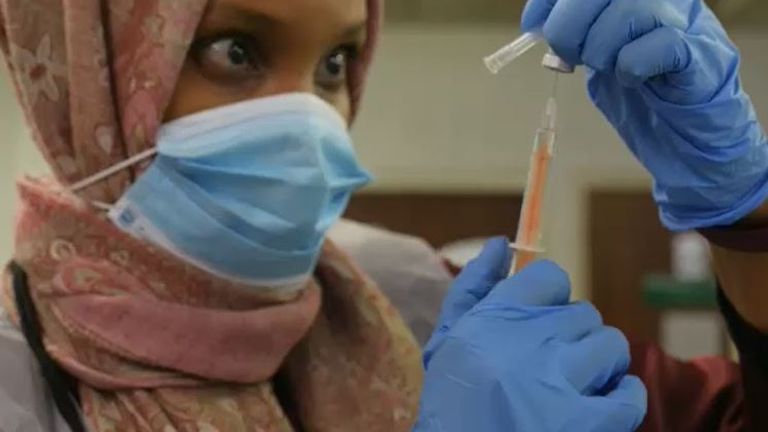 The cost of his healthcare then could cost the taxpayer thousands of pounds.

“There are many like me who are afraid,” he says.

In fact, an estimated 1.2 million undocumented migrants live in the UK, and many of them could be put off being vaccinated due to similar fears.

Their suspicions stem from a data-sharing policy between the NHS and the Home Office to establish if a visitor to the UK is chargeable for healthcare they receive.

Data sharing is limited though, and the COVID vaccine is free of charge to every adult living in the UK irrespective of a person’s immigration status.

The Department of Health and Social Care (DHSC) says it has made it clear to NHS trusts that patients undergoing vaccination, testing and treatment for coronavirus only are not subject to Home Office status checks. 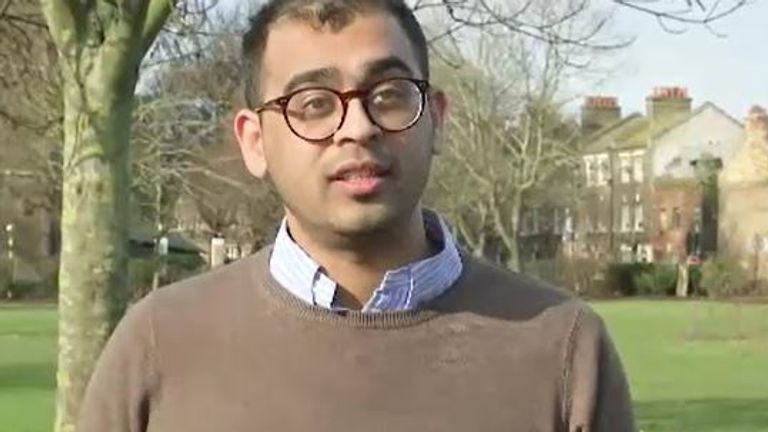 The ‘Take The COVID-19 Vaccine’ campaign is urging the government to create a public awareness initiative to highlight this.

“The government’s current policy is the right one,” says campaign founder Kawsar Zaman.

“But the practicalities of it don’t work. There isn’t a strategy in terms of a public information campaign to encourage them.

“The reality is if we can’t encourage this significant minority of people to come forward, it will put our national vaccination programme in jeopardy.”

Mr Zaman wants to see vaccines provided in a neutral centre and administered by charities.

Sky News was given exclusive access to a pilot clinic, set inside a community vaccine centre in Bury, to vaccinate undocumented migrants.

Those without legal status are screened and then helped to fill out a form.

Clinical lead Dr Fazel Butt explains that it’s entirely up to them how much information they give.

“We’re not here to catch anybody out. We’re just here to look after their health,” he says.

At the end of day, Dr Butt has vaccinated three undocumented migrants. It’s a poor turnout but a good start, he says, explaining that as word gets out, he hopes more will show up. 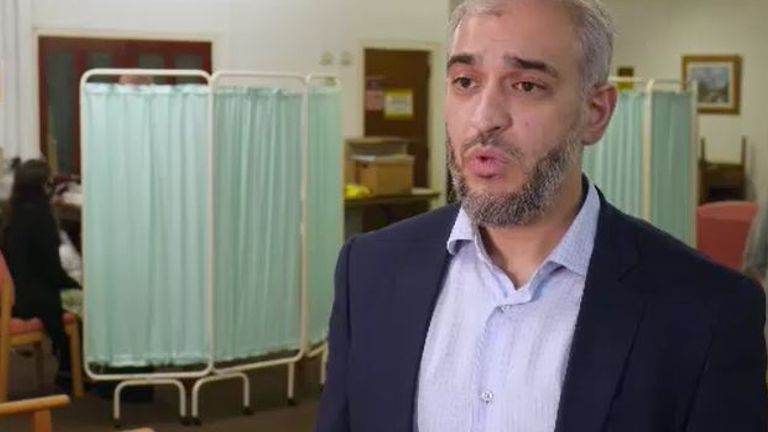 But how does he check they’re in the right age or risk category? And how did he know they weren’t UK residents trying to jump the vaccine queue?

He admits there’s no way to know: “We’re taking it on face value. We relied on local knowledge to confirm who they are.”

Another challenge is getting people to return for a second dose when contact details aren’t provided.

The DHSC says patients are booked in for both appointments at the start and do not require another invitation for their second appointment.

But Dr Butt says it’s unlikely undocumented people would return for a pre-booked occasion, suspicious of being led into a trap by immigration officials.

With no certainty over whether his clinic will even return 12 weeks later, he urges them to simply “keep an ear to the ground”.