Officials are drawing up plans for two weeks of “circuit breaker” measures after Christmas, which would include a ban on indoor mixing, according to reports.

The claims come as Boris Johnson’s cabinet is being briefed on the latest COVID data, with officials said to be concerned after three consecutive days of record case numbers.

However, one government source has told Sky News that not enough was known about the impact of Plan B and the booster programme – and played down talk of a circuit breaker-style period of restrictions.

“In any case, if things do become that bad, a circuit breaker wouldn’t be the kind of thing we look at,” they said.

Follow the latest COVID updates in our live blog

What would a ‘circuit breaker’ reportedly include?

Draft regulations are being prepared which would ban meeting others indoors except for work purposes, and limit restaurants and pubs to outdoor service only, according to The Times.

The Financial Times reported that the prime minister has been presented with a number of options under a so-called Plan C, ranging from “mild guidance to nudge people, right through to lockdown”.

The paper quoted allies of Mr Johnson who claimed he wanted to go down the guidance route, but that he had to be realistic about the threat of Omicron.

What ‘Plan C’ restrictions could we see?

Leaked minutes from the Scientific Advisory Group for Emergencies (SAGE), seen by the BBC, reportedly said that ministers had been told tougher measures need to be brought in “very soon”.

Advisers have apparently recommended moving to restrictions last seen at steps one and two of the roadmap out of lockdown back in the spring. This included a ban on indoor mixing and indoor hospitality.

They also reportedly warned against delaying further interventions until 2022.

Stephen Reicher, professor of social psychology at the University of St Andrews and a member of SAGE, earlier told Times Radio that Plan B alone would not be enough to curb infections.

He said: “The only way really, or at least the most effective way, we can have an immediate effect is to decrease the number of contacts we have.

“In many ways, the most effective way of diminishing contact is to have a circuit breaker.” 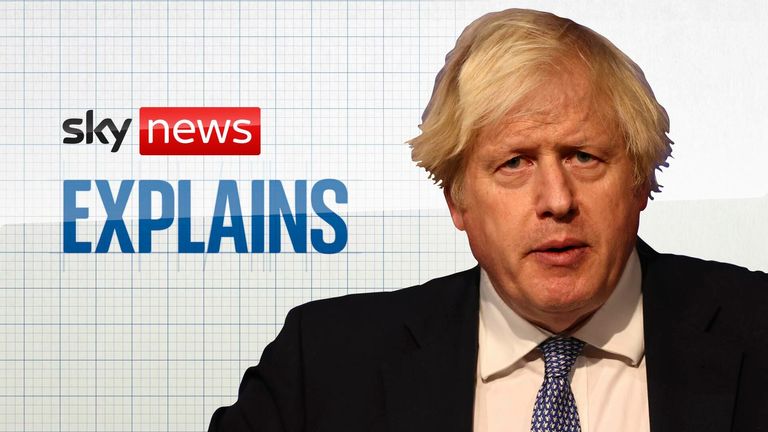 Is the booster programme key to avoiding more measures?

As cases surge, so to do the number of booster jabs being given out across the UK.

Half of adults in the UK (more than 26 million people) have now had a booster dose after the programme was accelerated this week, with online bookings opened up to all and walk-in sites attracting huge queues.

Among the sites are football stadiums, racecourses and Christmas markets, with 2,900 locations offering COVID vaccines over the weekend.

People can arrange their jab online through the National Booking Service or by calling 119, and GP practices are also inviting those who are eligible.

What events have been cancelled this weekend?

Will the Treasury respond to help businesses?

With reports of further restrictions due, and Wales already announcing plans to close nightclubs, the UK’s devolved administrations have ramped up their demands for more cash support.

On Friday, a Downing Street spokesperson confirmed that a Cobra meeting with the devolved nations would go ahead over the weekend.

Chancellor Rishi Sunak also met virtually with business leaders after he returned early from a trip to California.

A Treasury spokesperson said: “We recognise how important the festive period is for so many businesses and the government will continue to engage constructively on how it can best provide ongoing support to the businesses and sectors affected.” 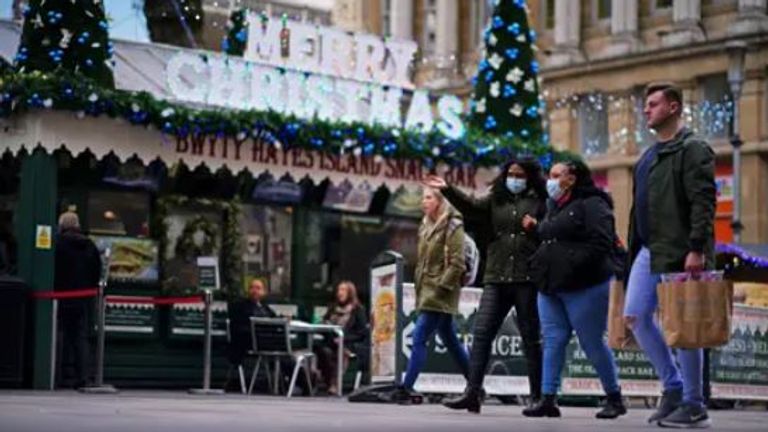 The prime minister has so far insisted that the government isn’t planning another lockdown.

Asked about conflicting messages from Number 10 and its advisers regarding Christmas socialising, notably from England’s chief medical officer, he said: “What both Chris Whitty and I are saying is that there is a big wave of Omicron coming through.

“People need to be prudent. You need to think about your budget of risk.”