COVID-19 infections in the UK surged to 2.3 million before Christmas according to latest official data – as new analysis highlighted the importance of booster jabs in the fight against Omicron.

The infection figures from the Office for National Statistics (ONS) showed an increase from 1.4 million in the week to 23 December – the highest since comparable records began in autumn 2020.

At the same time, a study by the UK Health and Security Agency (UKHSA) revealed the reduced effect of vaccines as Omicron spreads – with even a double-dose of AstraZeneca providing no effect against symptomatic infection from the variant from 20 weeks after the second jab.

For the Pfizer and Moderna vaccines, effectiveness dropped to 10% after the same period.

But boosters did all still offer good protection against hospitalisation, according to the UKHSA analysis, rising to an 81% reduction in risk after a third jab.

The study also showed that the risk of hospitalisation from the now-dominant Omicron variant was about one-third of that of Delta.

Health secretary Sajid Javid highlighted part of the analysis showing that unvaccinated people were up to eight times more likely to end up in hospital with COVID-19 than people who had recently had a booster. 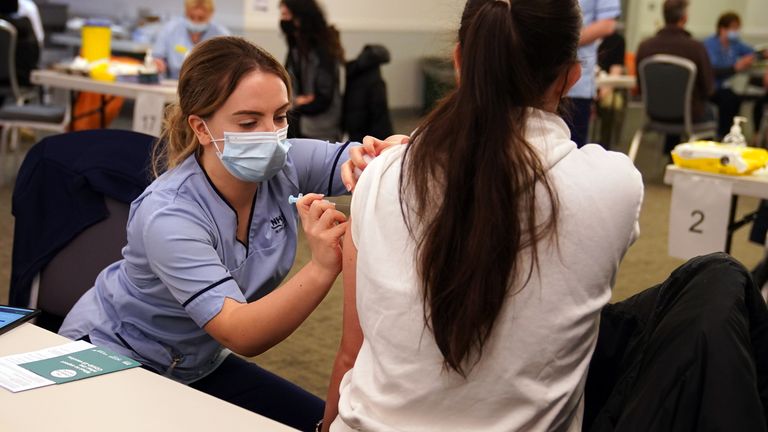 The ONS infection survey showed that infection rates increased across all four UK nations. It also showed that:

The ONS figures were published alongside a slew of other data on the pandemic on Friday. They showed:

• The number of COVID patients in hospital in England had climbed to 11,452 on Thursday, the highest level since February 26.

• On 28 December, the proportion of patients with COVID-19 in England’s hospitals who were being treated primarily for the virus was 67% – down from 71% a week earlier and 74% at the start of December.

• The overall number of people being treated primarily for coronavirus was still rising – up 26% from the previous week to 5,578 – but there was a 51% jump in the number of patients with COVID-19 but primarily being treated for something else, to 2,743.

• NHS England said that more than three quarters of eligible adults – 28 million people – had received their booster jab by 30 December. 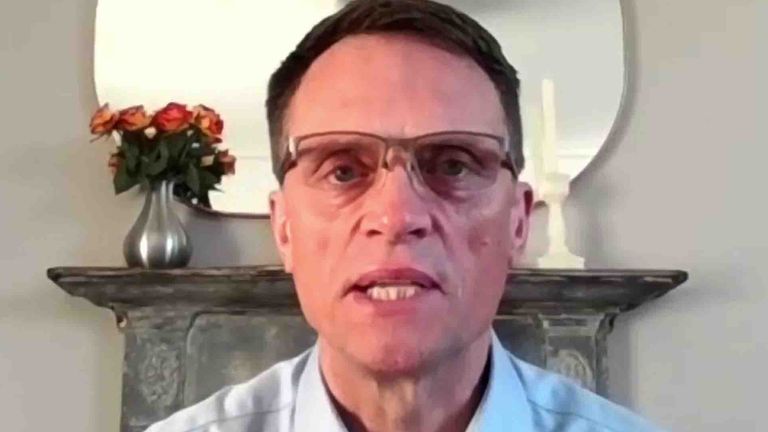 “The NHS is putting in plans to step up once again for patients with the new Nightingale surge hubs, extra support from community services and virtual wards, but there is no doubt the whole system is running hot,” he said.

“While the government seems determined not to increase restrictions in England, it is vital we all behave in ways that will not exacerbate an already dangerous situation.”

NHS England national medical director Professor Stephen Powis said: “The NHS is on a war footing, and, while staff remain braced for the worst, with COVID absence for NHS staff almost doubling in the past fortnight, keeping as many colleagues as possible at work on the front line and minimising absence, will be essential in the next few weeks.” 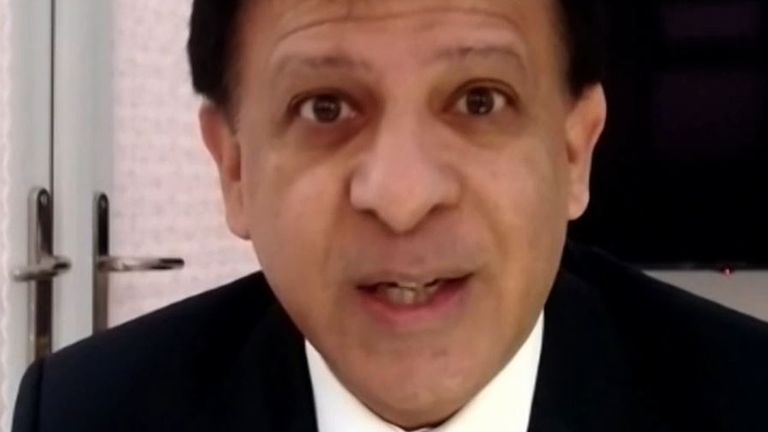 One expert said he was hopeful that a high peak in case numbers now could mean “relatively few” by the end of January.

Professor Paul Hunter, an infectious diseases expert at the University of East Anglia, told Sky News: “We know any infectious disease that spreads really quickly reaches its peak very early, a high peak, and then generally falls quite rapidly at the other side.

“There is hope that it would peak and fall quickly. I don’t think it’s a forlorn hope. But certainly I don’t think we can guarantee that that would happen.”

Professor Hunter added that after the current peak, the virus looked set to become an “endemic infection that will be here forever” but which “almost certainly won’t be causing, the severity of disease, the pressure on hospital beds, that we are seeing”.

In South Africa, where the Omicron variant was first identified, a midnight to 4am curfew on movement has been lifted as the government believes the country has passed the peak of its latest wave of infections.