Thousands of new COVID-19 cases were potentially prevented and detection of infections rose by almost a fifth due to a community testing pilot in Liverpool, results suggest.

Researchers said more than 3,200 key worker staff days were protected from quarantine through a test-to-release scheme.

Conducted by the University of Liverpool and the Department for Health and Social Care (DHSC), the study ran from 6 November 2020 to 30 April 2021 with the aim of improving detection of coronavirus by using lateral flow testing for people without symptoms. 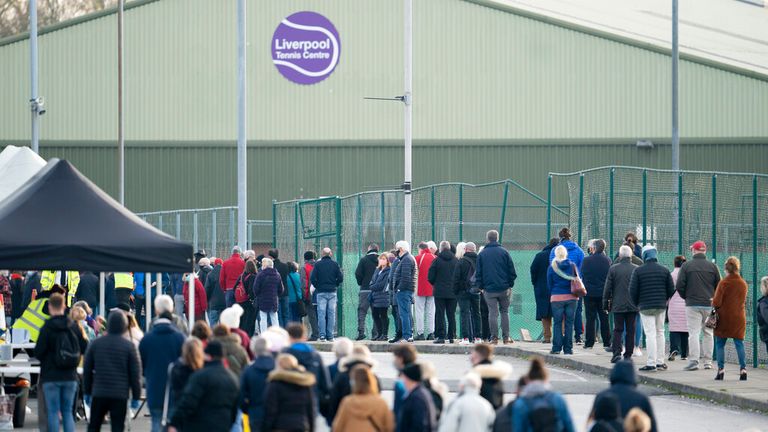 It showed that new cases of COVID-19 fell by 21% compared with other areas up to mid-December – at a time when the UK variant of the virus made it more difficult to compare areas.

More than half – 57% or 283,338 people – in Liverpool took a lateral flow test (LFT) as part of what Liverpool City Council said was a world-first voluntary mass testing programme for people without COVID-19 symptoms.

Results of the study showed that around 6,300 individuals declaring no symptoms tested positive by lateral flow – case positivity of 2.1%.

Liverpool’s community testing compared with other areas saw an estimated 18% increase in case detection and a 21% reduction in cases up to mid-December, researchers said.

Professor Iain Buchan, chair of public health and clinical informatics at the faculty of health and life sciences at the University of Liverpool, said scientists had taken a “cautious approach” with the modelling.

“That’s why we have that wide range between a pessimistic and an optimistic scenario,” he said.

“The reality is it’s probably much nearer the optimistic scenario, if that’s going to be consistent with reducing case rates by a fifth which is what we actually observed.” 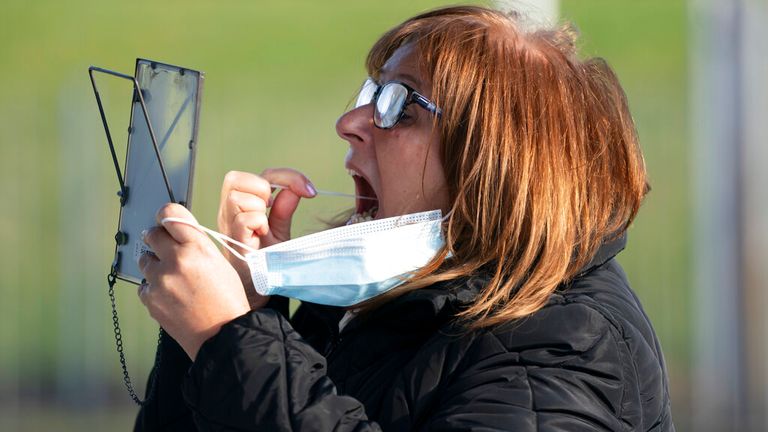 “We were seeing the benefit of rapid testing in the community on a wide scale and we can see it drove down cases, so arguing the pros and cons of PCR and its sensitivity – you could argue its over-sensitivity – was not what this was about,” the professor of outbreak medicine at the University of Liverpool and SAGE member said.

Prof Semple said the approach had been “very effective and kept our emergency services on the road”.

But Professor Sally Sheard, head of the public health, policy and systems department at the University of Liverpool’s institute of population health, said there must be a “learning point” in terms of challenges faced by those living in more deprived parts of the city.

The study showed that people living in more deprived areas were less likely to take up testing and more likely to test positive for the virus.

She said: “A lot of people in the poorer parts of the city were reluctant to engage with the process because of the very genuine fear that they would lose income if they had to self-isolate, if they were found to be positive.”

Liverpool’s director of public health, Matthew Ashton, said the use of lateral flow tests gives the “opportunity to close down outbreaks at a much earlier stage by that large-scale hyperlocal deployment of LFT”.

He added: “We hope our learning can be used by governments here and abroad, not just in managing COVID-19 but also in future pandemics.”