One of Britain’s leading imams has urged Muslims not to “drop the ball” and observe COVID restrictions on mixing indoors and hugging as Eid celebrations begin.

Qari Asim, chairman of the Mosques and Imams National Advisory Board, said it would be “excruciatingly painful” to celebrate Eid without gathering in numbers and embracing loved ones – especially as the major relaxation of COVID-19 restrictions is just a few days away.

But he urged everyone to “take that one extra step” to ensure people’s safety before restrictions are fully eased.

He said: “This Eid will be very different in the sense that we will not be able to greet each other in the traditional way of embracing each other, hugging and handshaking with each other. 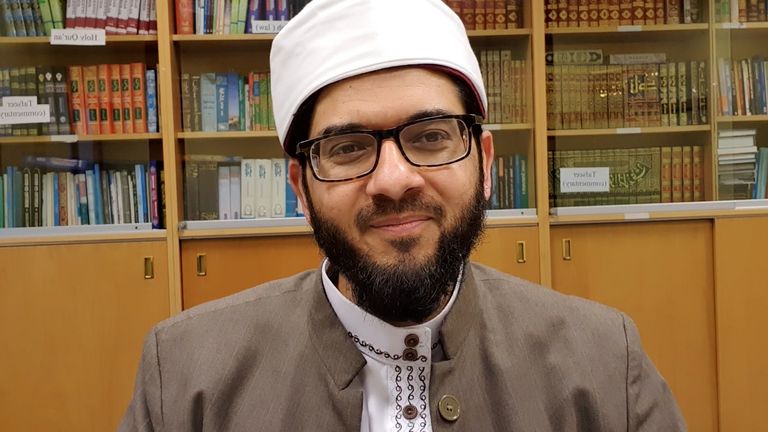 “But I’m really hopeful that next Eid we will be able to be with each other and embrace each other and share a meal with our extended family and friends.”

He added: “It’s excruciatingly painful because the easing of restrictions is taking place next week when we will be able to hug each other and we would be able the embrace each other…

“We just have to take that one extra step to get us through this pandemic and make sure that we do not drop the ball before the restrictions are completely eased.”

Speaking on Wednesday evening as he led prayers at the end of Ramadan at the Makkah Masjid in Leeds, Imam Asim said iftar – breaking the fast each day during Ramadan – would normally see around 200 people enjoying a three-course meal in the building. 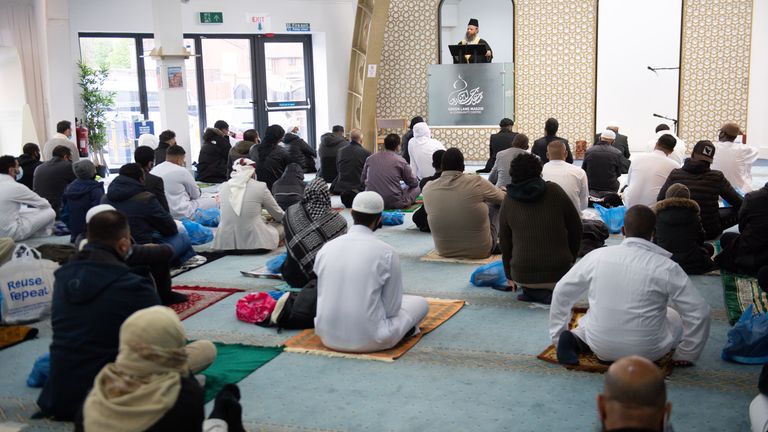 But none of this has taken place this year as mosques have observed strict coronavirus regulations.

He said: “It’s been extremely challenging to follow the restrictions that have been in place but people have made incredible sacrifices and the Muslim community has strictly followed the guidelines given by the government.”

The imam said that with different families unable to share meals at the end of each day, Ramadan instead saw mosques sharing food with vulnerable people in the community.

He said his mosque had handed out more than 7,000 food parcels in the local area during the month.

Across the world Muslims have celebrated Eid al-Fitr in a subdued mood for a second year as COVID-19 forced mosque closures and family separations on the holiday marking the end of Ramadan.

The world’s most populous Muslim-majority nation allowed mosque prayers in low-risk areas, but mosques in areas where there was more risk of the virus spreading closed their doors. 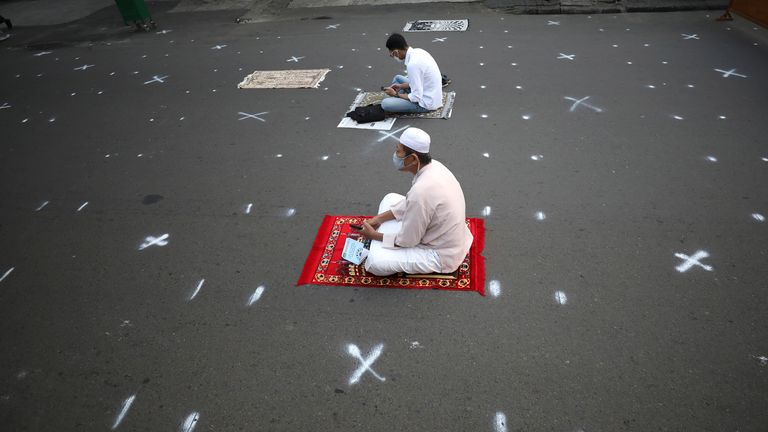 In the Gaza Strip, Hamas urged people to mark communal prayers inside their homes or the nearest mosques and avoid being out in the open due to the risk of airstrikes amid the worst outbreak of violence with Israel since 2014.

In the southern Philippines, coronavirus outbreaks and new fighting between government forces and Muslim insurgents in one province prevented people from holding large public prayers.

Instead, most stayed in their homes, while in Maguindanao province many families displaced by recent fighting marked the holiday in evacuation camps. In Malaysia, Prime Minister Muhyiddin Yassin unexpectedly announced another nationwide lockdown from Wednesday until 7 June to curb a spike in cases.

Interstate travel and all social activities are banned, which means that like in Indonesia, Muslims cannot visit each other or family graves.

In Bangladesh, however, tens of thousands of people were leaving the capital, Dhaka, to join their families back in their villages for Eid celebrations despite a nationwide lockdown and road checkpoints.