An extra 12,000 COVID-related deaths have been added to the New York State total, following the departure of ex-governor Andrew Cuomo.

Mr Cuomo stood down on Monday over claims of sexual harassment by 11 women – allegations which he denies.

He was succeeded on Tuesday by former lieutenant governor Kathy Hochul – the first woman leader of New York State. 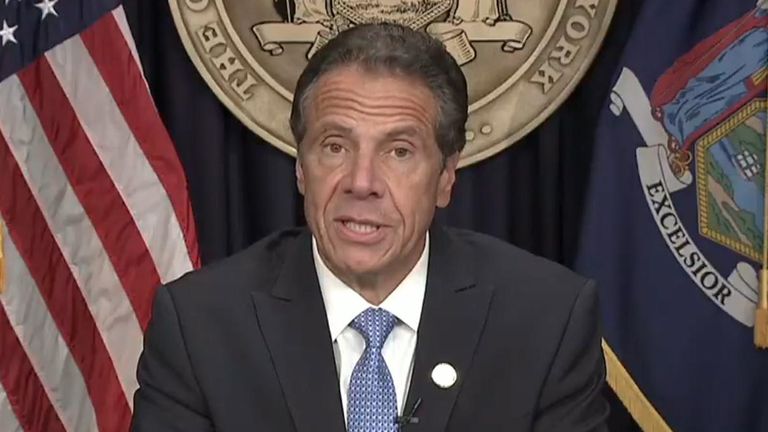 Ms Hochul told MSNBC that “transparency will be the hallmark of my administration” after taking office.

This comment came following the massive jump in deaths – from 43,400 to 55,400 – which the state’s administration recognises.

This new figure was drawn from data supplied to the Centres for Disease Control and Prevention (CDC), and takes into account death certificates where COVID is mentioned.

This meant the number of people that Mr Cuomo told the public had died excluded those who passed away at home, in a hospice, in prison or at state-run homes for disabled people.

It also excluded those who probably died with COVID but did not get a test. “There are presumed and confirmed deaths. People should know both,” Ms Hochul said.

New York has the third highest total number of COVID deaths in the US, behind California and Texas.

Mr Cuomo’s use of data came under scrutiny previously.

In the early days of the pandemic, the Democrat was praised for his daily briefings, in which he spoke authoritatively with the aid of presentation slides.

At this point New York was the worst hit part of the US by the coronavirus, and Mr Cuomo won an Emmy and secured a book deal on leadership.

However, critics stated his use of numbers was questionable, and that he was trying to make himself look better.

It later emerged the administration had excluded thousands of nursing home residents from fatality figures, because they had been taken to hospital before they passed away.

These lower numbers were used by Mr Cuomo to say that New York was not suffering as badly as other states when it came to care homes. Following his decision to stand down in the wake of the sexual harassment allegations, Mr Cuomo’s Emmy was withdrawn, and the publishers have axed the paperback version of the work and stopped printing hardback copies.