The Scottish government will announce later today whether parts of the country will be moved into Scotland’s highest tier of COVID-19 restrictions, Level 4.

First Minister Nicola Sturgeon will address parliament at Holyrood this afternoon following a cabinet decision in the morning.

On Monday, Ms Sturgeon said it was “likely” some areas of Scotland will face tougher restrictions for a “limited period”, due to “stable but still stubbornly high” rates of infection.

Any changes announced on Tuesday will be implemented from Friday 20 November.

It follows the publication of a leaked email to members of the Scottish Retail Consortium (SRC), verified by Sky News, that suggest 12 council areas in west central Scotland could move to Level 4 from 6am on Friday for two weeks.

At the daily Scottish government coronavirus briefing the first minister said council areas in Greater Glasgow and Clyde and North and South Lanarkshire were causing the most concern. She expressed concern about regional hospital and intensive care units in these areas being unable to cope this winter if action wasn’t taken:

“Stubbornly high prevalence means that we might have less flexibility to offer some limited and careful easing of restrictions over the Christmas period which we are very keen to do.

“Moving to Level 4 restrictions for a limited period in some areas, while not a decision we would ever take lightly because of the wider economic and social impact, would help us to address both of these concerns,” she added.

Scotland has a five-tier COVID-19 restriction system, from Level 0 to Level 4 – currently no areas in the country are at the highest level. 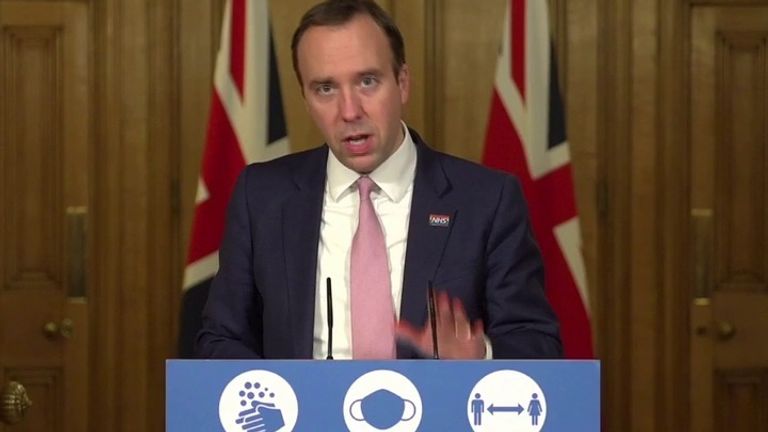 Level 4 would mean non-essential shops, hospitality, hairdressers and gyms being forced to close – with people unable to meet anyone outside of their household inside their homes.

Schools would remain open, while places of worship would have to further limit numbers indoors to a maximum of 20 people.

The closure of non-essential retail is drawing criticism from shops in what would be their busiest time of the year ahead of Christmas.

Director of the Scottish Retail Consortium David Lonsdale told Sky News: “We fully support the drive to reduce the R number and to get on top of the current public health situation. However SRC has been consistently clear that closing shops should only be a last resort to suppress the virus.

“The scientific evidence is clear shuttering shops will do little to reduce the spread of COVID; but closing stores in the crucial Christmas period could be devastating for those businesses. That’s why we are alarmed over the possibility of local lockdowns prior to the festive season.

“The reality is there isn’t a taxpayer-funded support scheme which can replace the potential losses – of up to £200 million a week if store closures were Scotland-wide.”

Director of Confederation of British Industry Scotland Tracy Black said: “With firms across Scotland already under significant pressure, and the crucial Christmas trading period ahead, they want guarantees that any changes in tier status are communicated clearly, in good time and involve genuine consultation with business.

“The Scottish Government must show its workings and evidence base, including outlining trigger points and exit strategies, for new restrictions – particularly any proposals to move areas into tier four.”

Monday’s COVID-19 figures in Scotland showed there had been six additional deaths in the previous 24 hours and 717 new positive cases.