England’s planned route out of lockdown can go ahead despite six reported cases of a Brazilian coronavirus variant of concern, Matt Hancock has said.

First seen in the city of Manaus, the P.1 coronavirus variant is feared to spread more rapidly than the original virus and could be more capable of evading existing vaccines.

Three cases have been confirmed in England and three in Scotland, Public Health England (PHE) said.

Speaking at a Downing Street news conference, the health secretary said: “It doesn’t change our assessment of the roadmap right now, not least because our goal is to contain this transmission to just these six people.”

Mr Hancock also said there was no evidence to suggest one of those who tested positive for the variant, and is currently not accounted for, had broken quarantine rules.

He said: “All the evidence is that the five cases that we know about followed those quarantine rules and that, I hope, is very reassuring to people.

“There is no evidence that the sixth case did not follow those quarantine rules – we need to obviously get in contact with the person in question.” 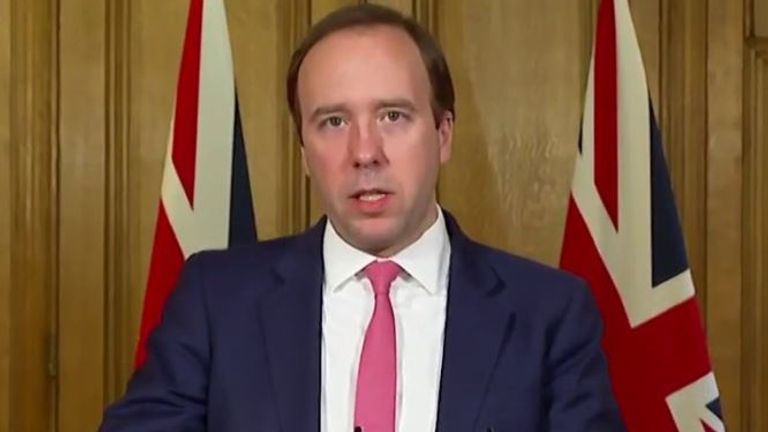 The COVID-19 test was taken on 12 or 13 February and “we haven’t seen any further knock-on transmissions in the data”.

PHE said three of the cases are Scottish residents who flew to Aberdeen from Brazil via Paris and London, who all tested positive while self-isolating.

Other passengers, who were on the same flight to Aberdeen, are now being traced. 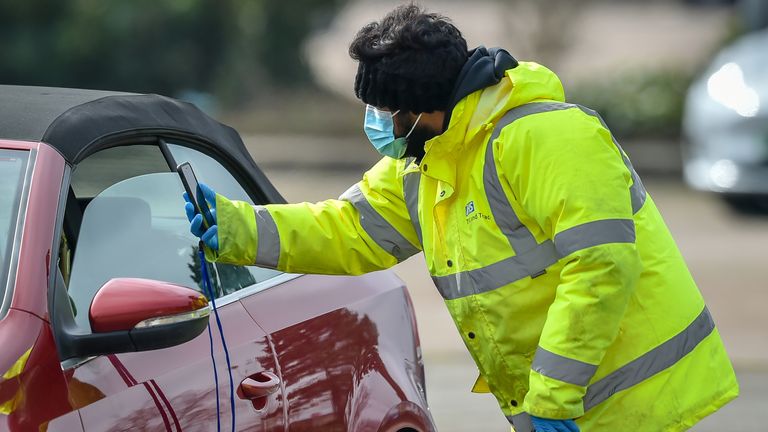 The other two cases in England are from the same household in South Gloucestershire after one person returned from Brazil on 10 February – just days before the government’s hotel quarantine rule came into force.

Two other people in the same household have also tested positive but are not currently included in the UK case total of six, while tests on their type of coronavirus continue.

Officials are searching for passengers who were on the Swiss Air flight LX318 from Sao Paulo to Heathrow, via Zurich, which landed on 10 February.