Cafes, hairdressing and beauty salons will remain closed for one more week; pubs and licensed restaurants for two more weeks.

The decision came after four days of heated exchanges, particularly between the two largest parties: the DUP and Sinn Fein.

Ministers also discovered they had been working to the wrong deadline, restrictions due to expire on Friday and not on Thursday.

In a video, posted en route to the Northern Ireland football match, DUP leader Arlene Foster confirmed they had made a decision. 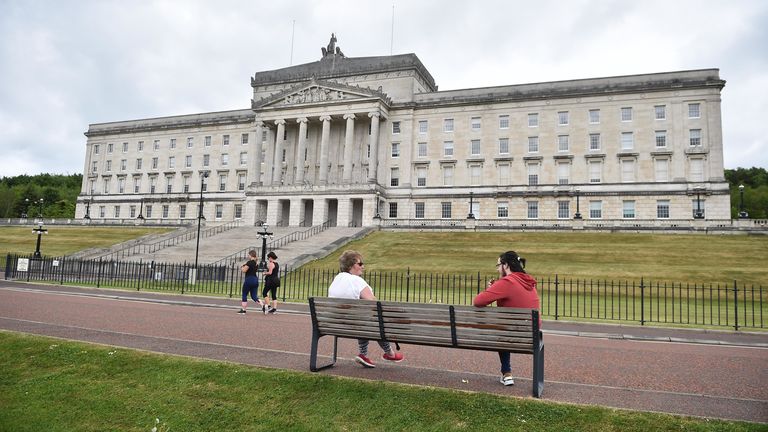 The First Minister said: “This past four days, days I certainly didn’t seek, the choice became a quick but wrong decision or to actually fight and get us to a better and balanced decision.”

“You know sometimes compromise doesn’t come easy and it has to be fought for to secure it,” she added.

Having failed to win support for a partial lifting of restrictions, the DUP twice deployed a cross-community voting mechanism to veto the Stormont Health Minister’s proposals to extend them.

Deputy First Minister Michelle O’Neill said Sinn Fein, who voted against the plan, would continue to be guided by the health advice.

She said: “I am hugely disappointed that a voting mechanism designed to protect minorities was abused by the DUP to block the implementation of public health measures during this global pandemic.” 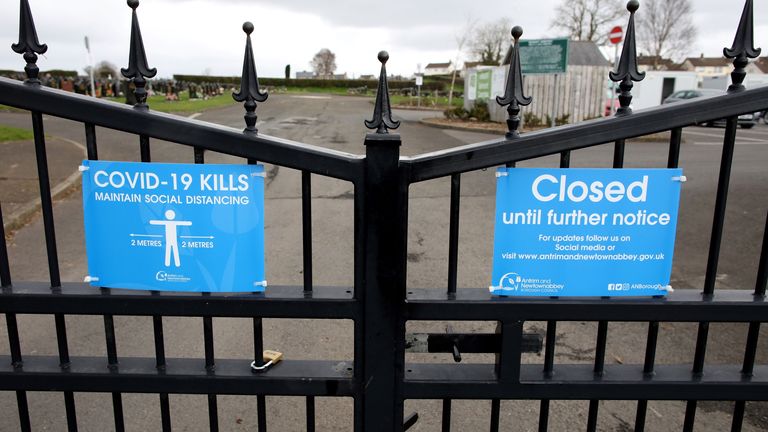 The two Unionist parties and the cross-community Alliance Party had backed the compromise, Sinn Fein voted against it and the nationalist SDLP abstained.

SDLP leader Colum Eastwood described the DUP and Sinn Fein’s handling of the issue as “shambolic”.

He said: “Without a shadow of doubt, the action and inactions of the DUP and Sinn Fein in the Executive this week have been a disgrace.

“They have let down people, businesses, patients, doctors and nurses. They are an embarrassment.”

The fact that it has taken parties four days to reach this point and that it was not a unanimous decision does not bode well for devolved government.

With Northern Ireland still in lockdown and tough decisions looming on Brexit, old tensions are putting pressure on the New Approach deal that restored power-sharing.