One of the UK’s longest-suffering coronavirus patients may need a ventilator to help him breathe for the rest of his life, his wife has said.

Jason Kelk has spent more than 10 months in an intensive care unit at St James’ Hospital in Leeds after contracting COVID-19 in March last year.

The 49-year-old remains hooked up to a ventilator and uses a kidney filter but recently managed to take his first steps since falling critically ill. 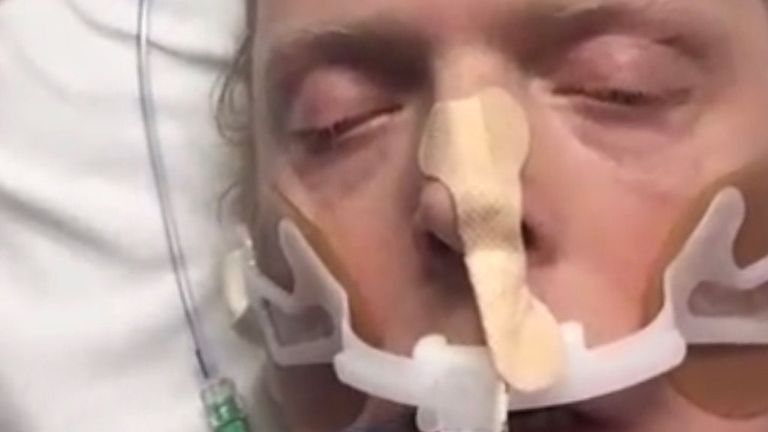 “For three weeks it was touch and go. He was really, really sick.

“I got to the point where I wished he had died in April because nothing was going right… he was really suffering. It was awful.”

Mrs Kelk, a former nurse, said she was told by a doctor that her husband is one of only six or seven patients in the UK to be in his position.

He was admitted to hospital on 31 March – around the same time as Derek Draper, the husband of TV presenter Kate Garraway, who has also been left seriously ill after contracting the virus. Mrs Kelk said her husband, a primary school IT worker, had been experiencing breathing difficulties at home when paramedics advised he should be taken to hospital to be checked over.

She thought he would return home later that day but a coronavirus test at the hospital came back positive – and his condition quickly worsened.

After initially being treated on a COVID ward, Mr Kelk was taken to intensive care on 3 April and put on a ventilator the following day, his wife said. 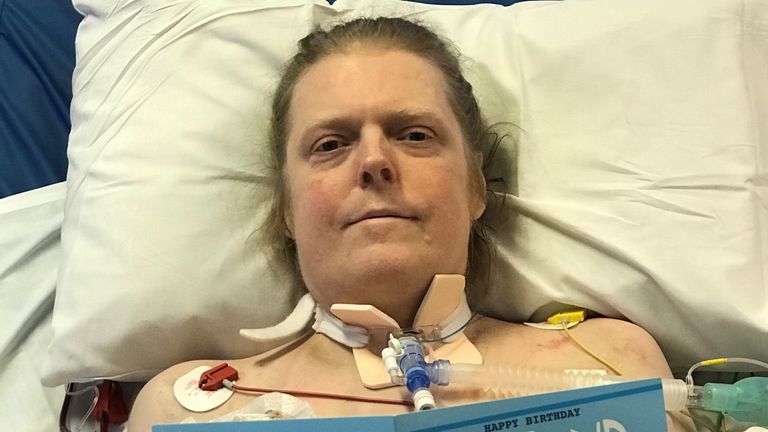 After he became critically ill, Mrs Kelk says she struggled to deal with the devastating effect the virus had on her husband.

“It’s been hard on Jason,” she said. “He’s suffered it but I’ve gone every step with him.

“I took an overdose because I thought if I died, Jay would. It’s been absolutely awful for everybody.

“It’s been an absolute nightmare. You feel completely useless.”

Mrs Kelk said that after April her husband gradually improved over the next few weeks and he was recovering “really well” but his condition worsened again. 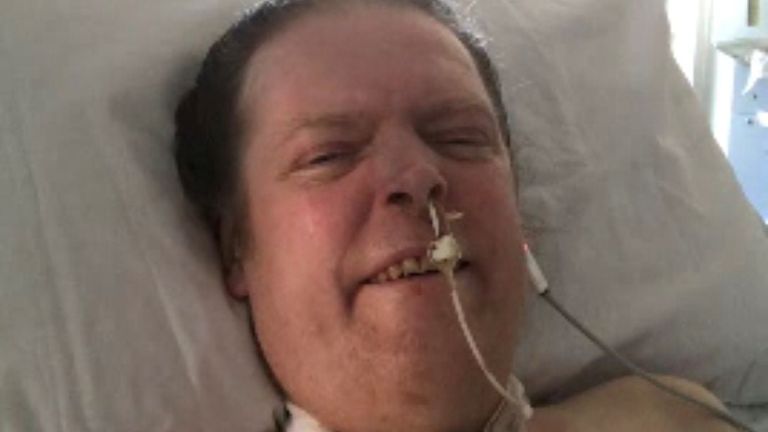 Over the following months he suffered badly with delirium, confusion and agitation, causing him to pull tubes out of his body, and he had a cardiac arrest, she added.

His condition has improved again in recent weeks but he still requires a ventilator at night, Mrs Kelk said.

“(Doctors) think they’ll get him off the unit and possibly home at some stage in the future… there’s no time frame. It could be within three months, it could within a year.”

As his condition has improved in recent weeks, Mr Kelk recently took his first steps in 10 months in the ICU and he has been able to go outside once a week since the start of January. 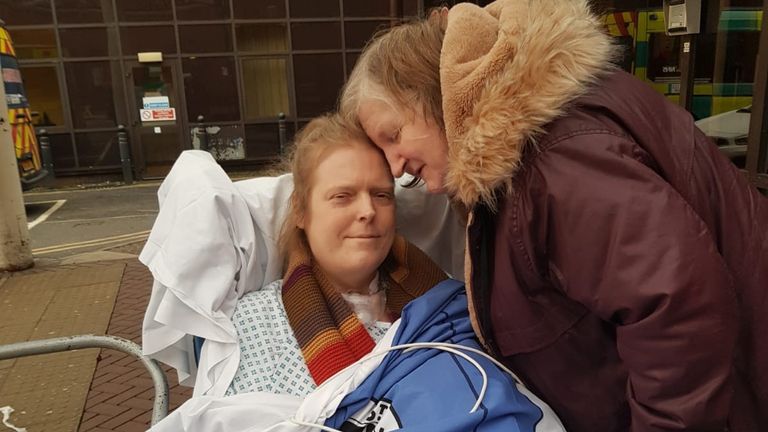 “Now I see him every week which is absolutely lovely. Jason loves it,” Mrs Kelk said.

“His personality is back. He’s not had any problems with delirium or confusion.

“He’s always quite tired and can be quite drowsy.

“He’s full of smiles and he laughs.”

Mrs Kelk said her husband struggles to speak because of his tracheotomy.

“Communication can sometimes be hilarious,” she said.

“My lip-reading skills aren’t so good. But he communicates with the nurses really well and he can write things down.”