Thousands of fans have returned to Premier League stadiums for the first time this year, as restrictions ease just in time for the season’s finale.

Up to 10,000 fans have been allowed into grounds from today, with the league limiting it just to home supporters.

Fixtures were rescheduled in April to allow each club in the Premier League to host one home game with supporters before the end of the season this weekend, to take advantage of the government’s roadmap out of lockdown. 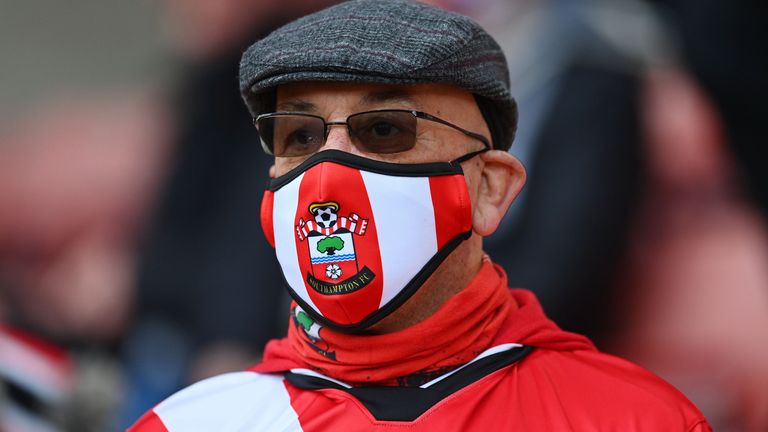 Early evening fixtures on Tuesday saw Manchester United welcome fans to Old Trafford for the first time in 14 months and the first time since protests against the club’s owners outside the stadium.

Speaking to Sky Sports ahead of United’s match against relegated Fulham, manager Ole Gunnar Solksjaer said: “It’s brilliant to see them, you can see my smile

“Our fans are the best ones, always the best ones. They’ll be behind the team and support the team, and our aim is to play some good football, give them something to cheer for.”

The other games on Tuesday evening saw Southampton host Leeds, which ended 2-0 to the visitors, and Brighton triumph 3-2 over newly-crowned champions Manchester City.

Brighton manager Graham Potter struggled to make himself heard in TV interviews afterwards, such was the noise generated by the jubilant home fans. 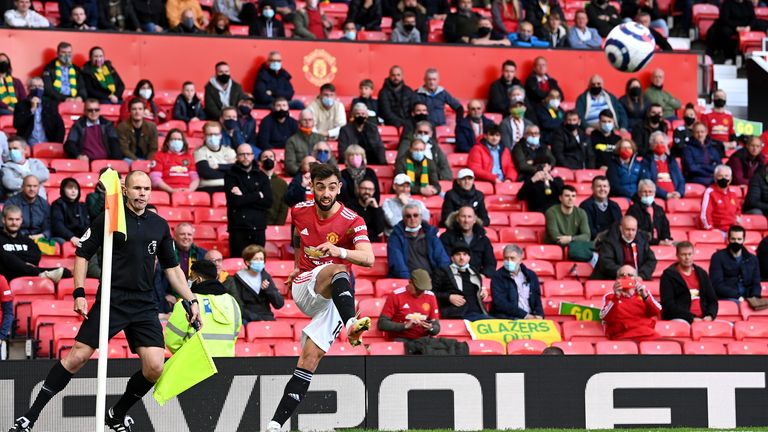 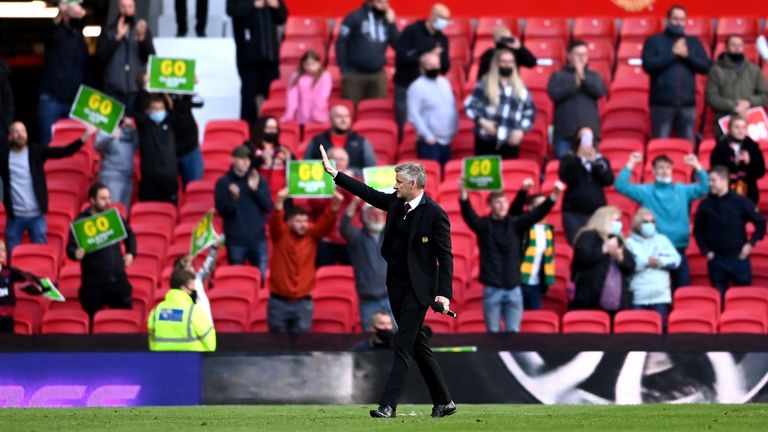 The ground was only a quarter full but at times the noise levels seemed to match or exceed the sound when 30,000 people are there.

With no away fans, there was deafening silence when City scored their first, and then particularly their second goal.

Phil Foden, who capped a fine run with a fine finish to score the second, cupped his hand to his ears to emphasise the point.

But the crowd got back behind the team and the team seemed to respond.

Earlier this season, in front of an empty stadium, Brighton had laboured to a 1-1 draw against a pedestrian 10-man Sheffield United.

Tonight, against the champions of England and perhaps soon of Europe, it seemed to be the crowd, the sense of occasion, the noise, that lifted the Seagulls.

Football was given back to the fans tonight and the fans gave themselves back to football. 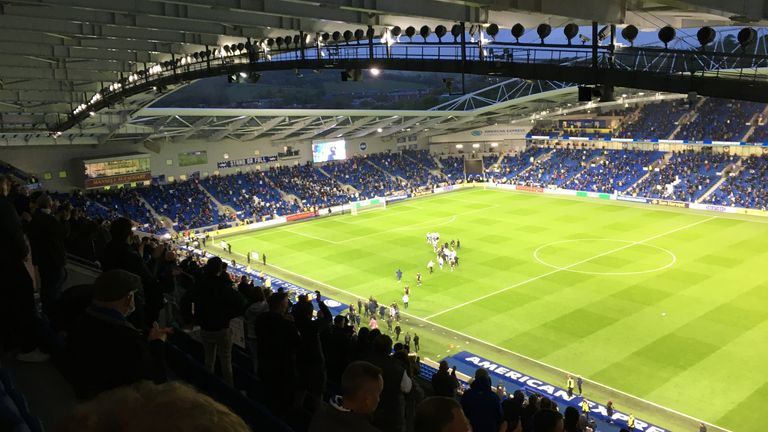 Chelsea also hosted Leicester in a repeat of Saturday’s FA Cup final at Wembley, which welcomed some 20,000 supporters in the biggest crowd since before the pandemic.

Tuesday’s games were the first time home fans have been able to watch a Premier League since December, when capacities were limited based on which lockdown tier regions fell into.

Under changed restrictions in England, larger seated outdoor venues are now able to admit up to 10,000 spectators, while smaller outdoor venues have capacities capped at 4,000 or 50 per cent, whichever is the lowest.

Everton, Newcastle, Tottenham Hotspur, Crystal Palace, Burnley and West Brom will be able to welcome fans for their final home fixtures on Wednesday.

Arsenal, Aston Villa, Fulham, Leeds, Leicester, Liverpool, Man City, Sheffield United, West Ham and Wolves will have their turn on Sunday in the final round of fixtures. The games are part of the government’s coronavirus trial for the return of large events in England, which has also included the World Snooker Championship last month and a two-day nightclub pilot in Liverpool.

Football fans have to follow rules regarding face masks, online health checks and the maintaining of social distancing to be able to attend. On Monday, further restrictions were eased in England, which now means groups of up to 30 can meet outdoors, hospitality can open indoors, and people can hug.

However, there is increasing concern over the Indian variant, which has caused a surge in cases in some areas.

There are 86 local councils that have five or more cases of the variant.

Health Secretary Matt Hancock said 2,323 confirmed cases had been detected in the UK, 483 of which were found in Bolton and Blackburn with Darwen.