Prince Charles has met NHS staff administering the coronavirus vaccine, telling them he is “way down the list” for the jab.

Speaking to health workers administering and receiving the jab, Charles said he thinks he will be given the Oxford/AstraZeneca vaccine next year – as opposed to the Pfizer one currently being rolled out.

He also spoke of the importance of black, Asian and minority ethnic NHS staff being among the first to get their injections. “I think I’ll have to wait for the AstraZeneca one before it gets to my turn. I’m some way down the list,” he told staff.

“I think I am way down the list and will have to wait,” he added.

The prince, who had coronavirus earlier this year, also claims he has antibodies, so is less of a priority.

Charles and Camilla unveiled a plaque to mark their trip to the Gloucestershire hospital, where they also visited earlier this year – in the first official outing of any royal outside the palaces following the first lockdown. The Gloucestershire trust has already given the Pfizer-BioNTech vaccine to more than 1,300 of its staff, prioritising those with underlying health conditions and those from BAME communities.

Coral Boston, a senior infection control nurse and the hospital trust’s equality, diversity and inclusion lead, said afterwards: “I spoke to both of them, Charles especially.

“He talked about the disproportionate numbers of BAME people that COVID-19 affected and how important it was for people of colour to have the vaccination. 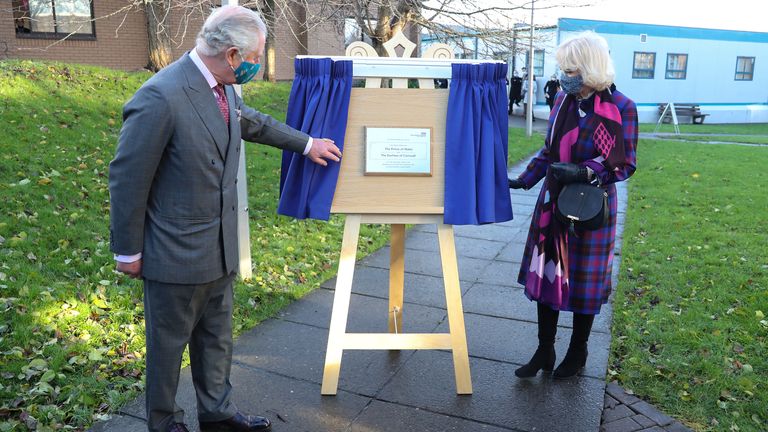 “It was great that he acknowledged that. It meant such a lot. It’s just a feeling that they appreciate what you do, and the support as well – to have somebody of that level, I was in awe.”

“The whole team are really grateful that their Royal Highnesses came to visit us today,” he added.

The trust is linked to Gloucestershire-born Dr Edward Jenner, who discovered vaccines and created one for smallpox, which was eradicated in the UK in the 1970s.