Around the port of Dover, all you can hear is the almost constant blast of vehicle horns.

But they’re not blaring in celebration of the port’s reopening – this is raw anger.

And the days of pent-up frustration, stranded in appalling conditions, finally spilled over into angry clashes with police just after dawn. 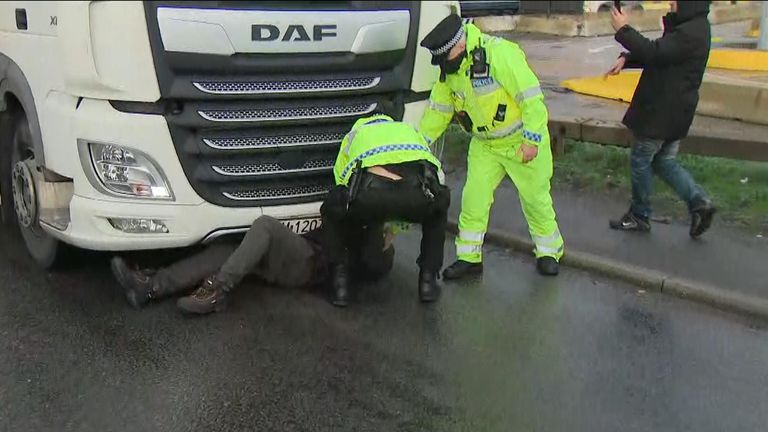 Short scuffles that continued sporadically throughout the day and into the evening.

Overnight, dozens of lorries, vans and cars had blocked the main entrance to the ferry terminal.

Behind them were many hundreds of other vehicles, lining almost every street around Dover’s seafront.

The drivers here are determined not to lose their place at the front of the queue.

The 26-mile trip to the COVID-19 testing stations at Manston airfield would see them relegated to the back of a very long queue of more than 6,000 lorries.

Those I spoke to have already endured more than three days here. Potentially adding several more days to that wait is something they’re simply not willing to contemplate. 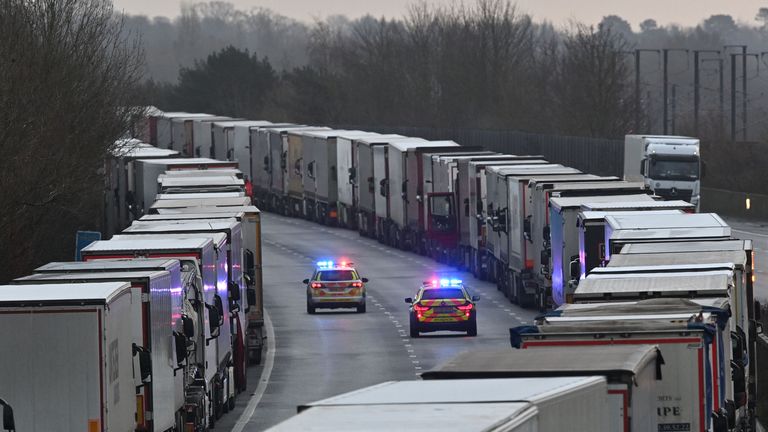 I spoke to Lukas, a Polish driver stranded here since Sunday night, and deeply suspicious of official assertions that rapid coronavirus testing is now underway.

“Where is the British Army to do the tests?,” he asks. I told him that testing stations had been set up at Manston.

But he simply didn’t believe me: “Yeah, we talk to other drivers on the radio who are at the airport. They’ve said there’s no testing there, they’re leaving.”

He’s partially right – testing has got off to a slow start. After several hours, two testing stations were up and running at the airfield, but they have processed only a relatively small number of lorry drivers. Some drivers we saw got fed up of the wait and decided to leave.

And there’s the added problem of dealing with those who have been tested.

They can’t come here to the Dover ferry port because of the other drivers who are blockading the terminal.

Some are leaving by Eurotunnel, but until the blockade of the port is dealt with, they can’t get near here.

That promoted a decision by officials to set up a testing station at the entrance to the terminal. 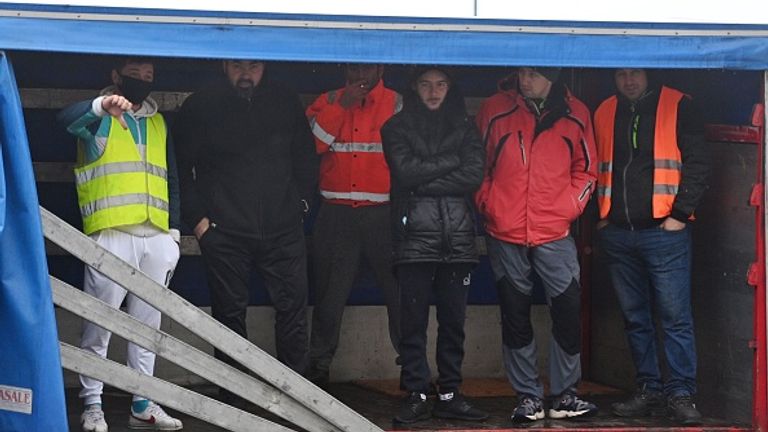 By mid-afternoon, dozens of testing staff arrived here and by early evening they had begun their work.

So those at the front of this queue are finally being tested, with the aim of getting out on ferries in the hours ahead.

But that has done little to ease the tensions here. People are still highly suspicious of the authorities.

One man was wrestled to the ground and arrested after he punched a police officer.

And with government officials admitting it will take several more days to deal with the backlog of stranded vehicles, it’s unlikely we’ve seen the last of the anger outside this port.