Coronavirus booster jabs are being offered to 30 million vulnerable people nationwide – but there have been reports of widespread confusion over the rollout.

Some have accused the booster programme of being too slow, with calls to shorten the gap between second and third doses from six to five months.

Many claim they have not been invited to book their appointment, while polls show that others believe they should be prioritised for those in greater need – or are not effective at all.

Here Sky News looks at who is eligible for a booster vaccine and how they are being organised.

Who can get a booster?

Third – or booster – jabs are being offered to people across the UK who are more clinically vulnerable to coronavirus.

This is because studies have shown that immunity offered by the first two doses of the COVID vaccine starts to reduce after six months.

Those who are more likely to die or become seriously ill from the virus were offered their initial doses first – some almost a year ago – so their protection from the vaccine has declined the most.

As a result, anyone in the first nine priority groups outlined by the government’s Joint Committee on Vaccination and Immunisation (JCVI) will be eligible for a third COVID-19 jab.

This largely covers everyone over the age of 50, the extremely clinical vulnerable or immunocompromised, the people they live with, NHS and social care workers, and care home residents.

When can they book?

Anyone in the top nine priority groups can get their booster jab six months after their second vaccination.

There are two ways to book a booster vaccine – either the NHS will contact you to say you can book your appointment – or you can do it yourself online or by calling 119.

NHS England says it aims to contact everyone who is eligible six months and one week (189 days) since their second dose at the latest.

But with workforce shortages and the overall backlog from the pandemic, some people are not being contacted in time.

People can book online or by phone instead if they haven’t been contacted, are in one of the eligible groups and 189 days has passed since their second dose.

The process is slightly different for NHS and social care workers who can book their appointments online any time after six months (182 days) have passed since their second dose.

If you have tested positive for COVID, you need to wait four weeks (28 days) before booking a booster.

The JCVI has divided the nine priority groups into two stages, which will determine when people are contacted:

The following people are being offered their booster as soon as possible:

• Adults aged 16 and over who are immunosuppressed

• Adults aged 16 and over who are clinically extremely vulnerable

The following people should be offered a booster as soon as practicable after Stage 1: 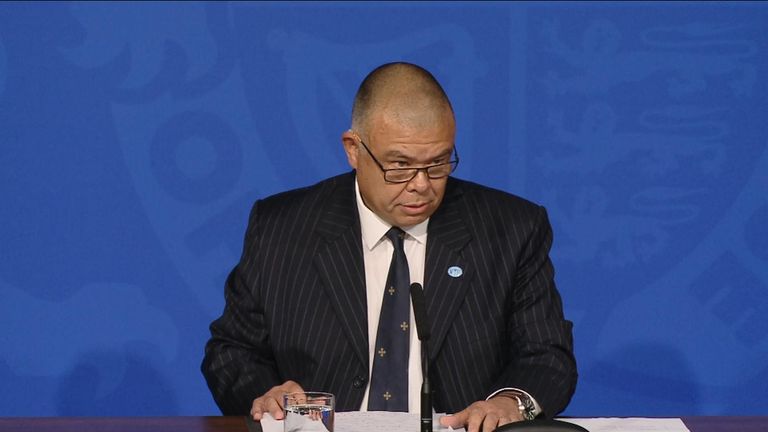 Which vaccines are being offered as third doses – and can you mix and match?

The UK regulator, the Medicines and Healthcare products Regulatory Agency (MHRA), has approved the Pfizer, Moderna and AstraZeneca vaccines for use as a booster.

But the JCVI has decided to only use the two mRNA vaccines – Pfizer and Moderna – for third doses for most people, as they have proven to have fewer side effects.

Everyone in the first two stages of the rollout will be offered a third dose of Pfizer as a priority, regardless of which vaccine they had for the first two jabs.

This means someone who had an AstraZeneca vaccine for doses one and two, may be given a different one for their third.

Although mixing vaccines was not advised for first and second doses, Pfizer trials have shown a third dose of its jab – regardless of which a patient received for their previous two – is 95.6% effective at preventing someone getting ill from coronavirus.

Some people may be given a half dose of Moderna as an alternative booster, as scientists say it has proven to increase immunity and is being recommended as a third dose to the European and US regulators.

People who cannot have the mRNA vaccines because they are allergic or immunocompromised will be offered AstraZeneca, chairman of the JCVI Professor Wei Shen Lim told a Downing Street news briefing. 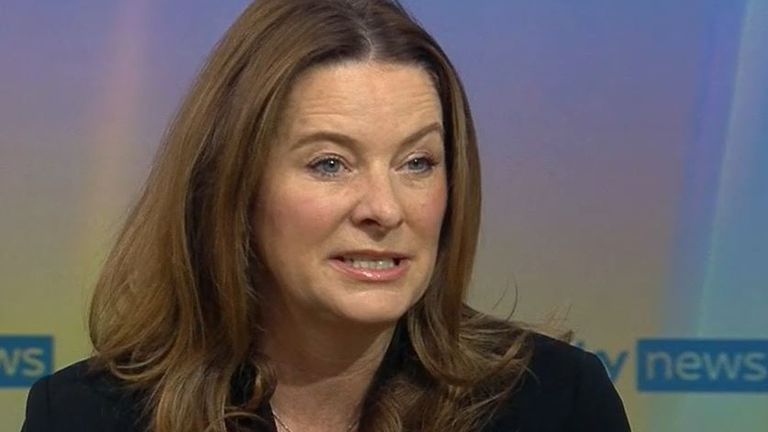 Why can’t some vulnerable people get a booster?

According to the NHS: “There are very few individuals who cannot receive coronavirus vaccines.”

Previously, the MHRA recommended that anyone with an anaphylactic or severe allergic reaction to any vaccine, medicine or food should not have the Pfizer vaccine and be given AstraZeneca instead.

But according to updated guidance in the government’s Green Book on vaccines: “Anyone with a history of allergic reaction to an excipient [ingredient] in the COVID-19 vaccine should not receive that vaccine (except with expert advice).

“But those with any other allergies (such as a food allergy) – including those with prior anaphylaxis – can have the vaccine.”

People who cannot have Pfizer due to an allergy or other condition may be offered a half dose of Moderna as a booster – or a full dose of AstraZeneca.

These have both been approved for safe use in the UK by the MHRA.

People who have had coronavirus within the past four weeks or have a severe illness or a high fever on the day of their appointment cannot be given any booster vaccine.

Why are some people not taking up the offer?

Some experts have accused the booster vaccine rollout of being too slow.

Former health secretary Jeremy Hunt has called for the gap between second and third doses to be decreased from six months to five to faster strengthen the country’s immunity.

According to John Roberts, of the COVID-19 Actuaries Response Group, there are currently 8.5 million people eligible for a booster in England.

But only 3.7 million have taken up the offer so far.

According to a recent survey by the Office for National Statistics (ONS), one in 33 people (3%) were very or fairly unlikely to get a booster jab when offered.

The most common reasons respondents gave for this were: assuming the first two doses were enough to keep them safe (50%), being worried about long-term health effects (34%), thinking boosters should be prioritised for others (33%), and thinking they do not give any added protection (25%).

Although the six-month gap between second and third doses gives some explanation for the ‘slow’ pace of the booster programme, experts claim other factors are also at play.

Dr Anil Mehta, primary lead for Barking, Havering and Redbridge in northeast London, told Sky News workforce shortages, lack of government messaging and the flu vaccine campaign are all having a negative impact.

He said that contrary to the initial rollout, boosters are being delivered mainly through primary care – GPs, pharmacies and clinics – not mass vaccination centres, leaving staff overloaded.

“We have an exhausted workforce – primary care workers are on their knees and that has slowed us down,” he said.

He also claims there “hasn’t been enough national publicity” to promote booster vaccines, in the same way there was at the start of the rollout.

And thirdly, booster jabs are being administered at the same time as flu ones – and other COVID doses.

“We’re also in the middle of a flu campaign. People are being told they can have their booster and flu jabs at the same time, but a lot of people don’t want that. We’ve got too much vaccination together.”

Will younger people get boosters?

There are currently no plans to give booster jabs to the rest of the adult population.

Israel was the first country in the world to offer boosters to all adults, which had a positive effect on COVID hospitalisation rates.

But the UK government says more evidence is needed before it decides whether other groups should get boosters after the first nine.