Covid cases have hit record numbers over the past few weeks, with more and more people becoming infected with the deadly coronavirus. It’s now been revealed that the South West of England has the highest R-number in England.

The current R-number for the whole of the UK is between 1.2 and 1.3, according to latest Government figures.

The growth rate of infections across the country is between two and five percent.

That means the number of daily cases is growing by between two and five percent every single day.

In England alone, the R-number is predicted to be between 1.1 and 1.3. 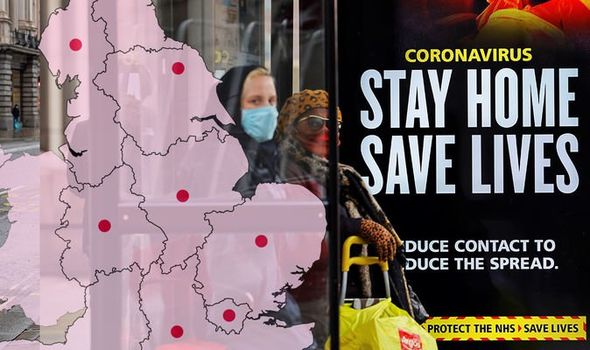 Areas that had previously been in the highest tiers – including London and the South East – have seen a slight decline in the R-number.

But, in areas that were previously largely unaffected, the number of infections is growing at the highest rate.

The South West of England was previously put into tier 1, after we emerged from the November lockdown.

But it now has the highest rate of infections in the entire country, with a growth rate of between four and seven percent.

What is the R-number where I live?