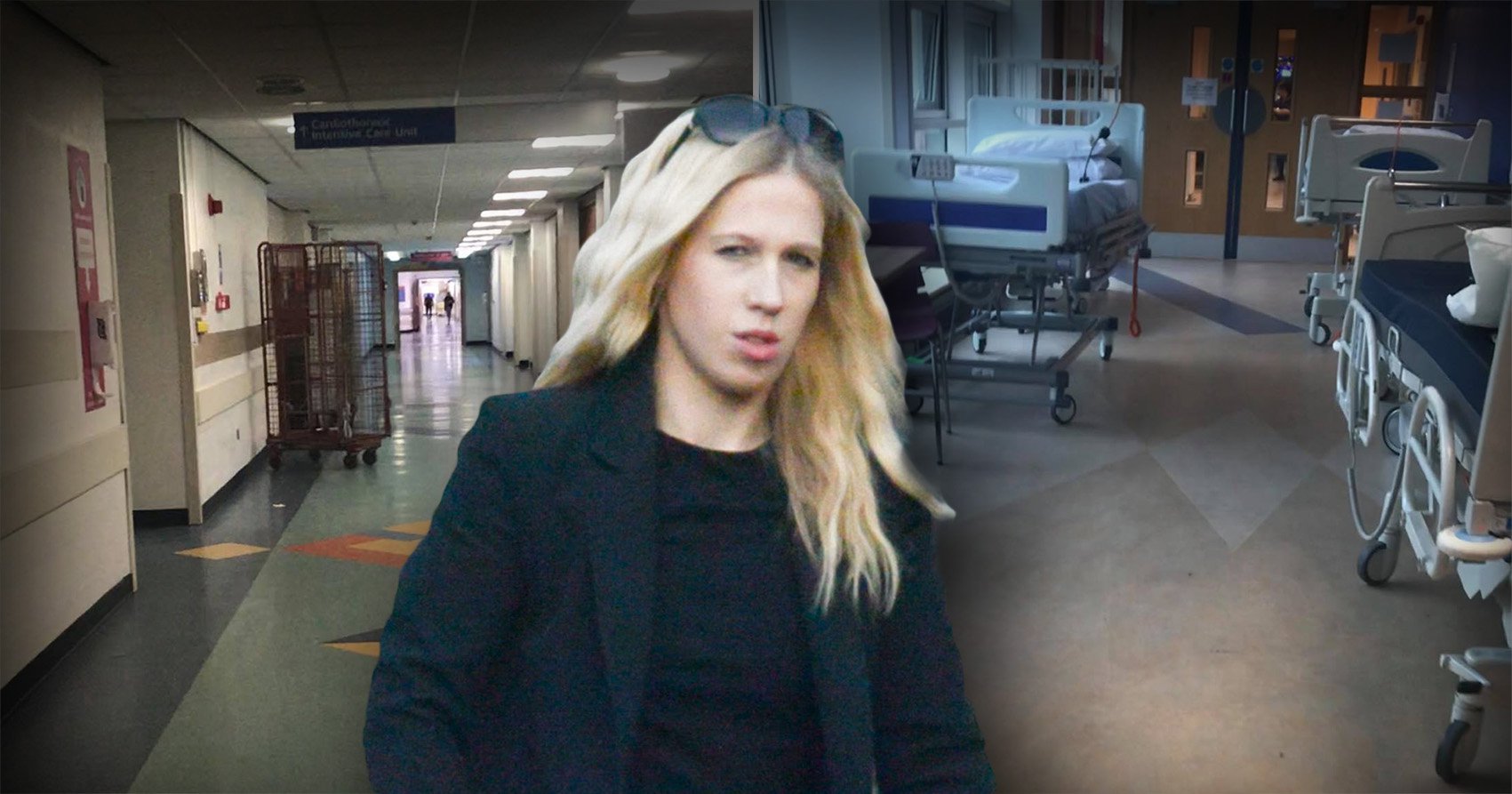 A mum-of-two who posted pictures of empty beds and claimed the Government was ‘lying’ about the extent of the pandemic has been banned from visiting all hospitals.

Hannah Dean, 30, is now only allowed to visit a hospital in an emergency, for a booked appointment or if she is a dependent of a patient, as of this week.

She faces arrest, fines of up to £2,500 and possible criminal prosecution if she breaches the notice.

It comes after Dean, who is from Fareham, repeatedly visited hospitals, including St Richard’s Hospital in Chichester, West Sussex and Southampton General Hospital.

But the official Asbo-style community order comes after she was given a £200 fine on Sunday for travelling to Queen Alexandra Hospital in Portsmouth, filming there and posting on Facebook it was ‘the quietest I have ever seen it’.

Footage of the hospital’s A&E on the Hannah Dean Facebook account shows security asking: ‘What are you doing here, Hannah?’

From statistics last week, 426 patients were being treated for coronavirus at Queen Alexandra Hospital, and the intensive care unit was triple its normal size with 47 patients on mechanical ventilation.

So far 744 people have died with Covid-19 at the hospital.

A Hampshire and Sussex police investigation has been running since Dean was fined and decided to ignore a warning – leading to the community protection notice being issued.

A Sussex Police spokesperson said: ‘On Sunday, Sussex police issued a community protection warning to a 30-year-old woman from Fareham which prevents her from attending any hospital apart from when she has a prior appointment, is a dependent or there is a medical emergency; and to not encourage, endorse or incite another person to breach Covid-19 restrictions.

A Hampshire police spokesperson added: ‘The community protection notice is designed to prevent unreasonable behaviour that is having a negative impact on the local community’s quality of life.’

‘There are a variety of tactics of dealing with this kind of unacceptable behaviour,’ he said.

‘We are working together with Hampshire Constabulary to ensure the best avenues to deter this behaviour from continuing are taken.’

‘To say [coronavirus] doesn’t exist, it’s a hoax, is so demeaning to the work those people are putting in, the risks they’re putting themselves under and the loss so many families have felt in this city.

‘It’s a disgrace and how anybody could do that to other people and show so little for their suffering and their hard work, I don’t know.’