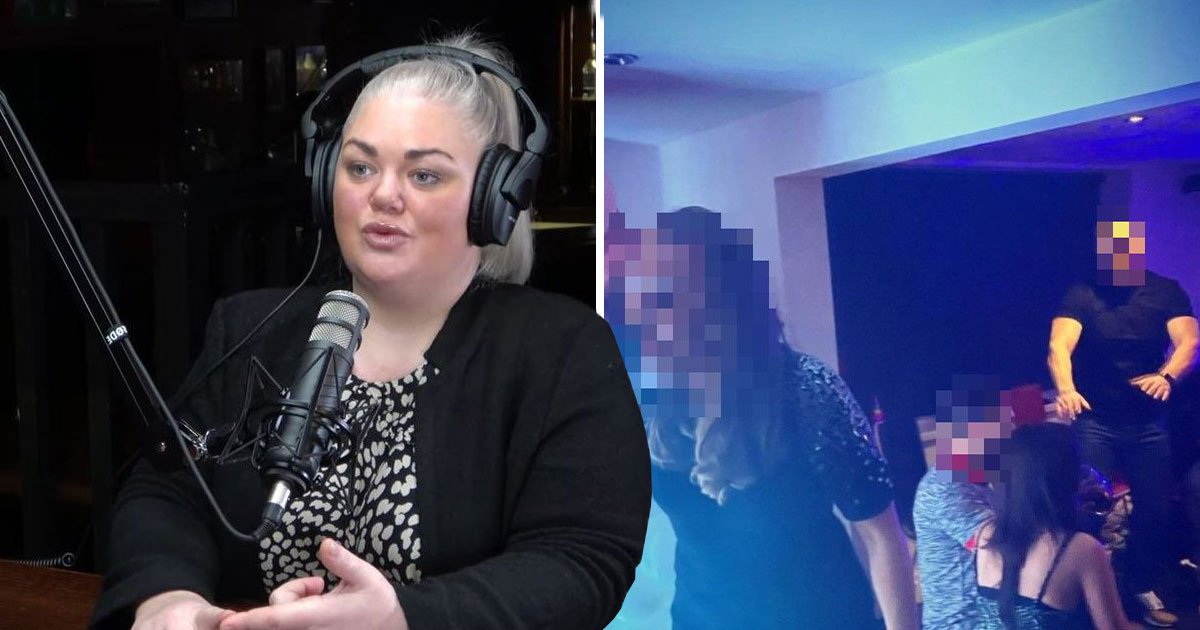 A Covid-denying salon owner posted pictures of a lockdown party with about 20 guests and offered to invite a reporter ‘to the next one’ when called out over her actions.

Julie Saunderson, who made international headlines by sticking up Covid conspiracy theory posters, shamelessly uploaded a video of the bash on Instagram on Sunday.

The footage shows people dancing closely together without wearing masks, while balloons and a display showing ‘40’ in lights can be seen in the background.

Saunderson posted the images to her Skin Kerr salon’s Instagram page, which has more than 5,000 followers, with the caption: ‘Tier Free. I will never be guilted enough by this Psy Op to stop living.’

After the Liverpool Echo contacted Skin Kerr in Bootle, Merseyside, the post was deleted from the page.

Responding to a reporter, Saunderson initially suggested the party was two years ago before adding: ‘Just kidding, do you not know me by now? I’ll sort you an invite next time.’

Mixing indoors with anyone not in the same household or support bubble is banned under the national lockdown.

When Skin Kerr first hit the headlines in September, beauty salons were allowed to open as long as social distancing and PPE guidelines were followed.

However she was visited by Environmental Health officials from Sefton Council after sticking up the posters which stated Covid was ‘bulls**t’ and suggested ‘you can’t catch what doesn’t exist’.

In October, Sefton Council ordered the salon to close and argued they were putting customers and staff at risk of infection by not following public health guidance such as wearing masks.

They later allowed the salon to reopen after a discussion with Ms Saunderson but she found herself in trouble again after the second national lockdown was imposed in November – vowing on the Skin Kerr Instagram page it would stay open.

The post said: ‘We will not be locking down again. We will remain open. We will fight this and any fines in a common law court.’

Merseyside Police attended the salon on November 9, and Saunderson
was later issued with a fine for remaining open.

Despite this, she vowed to continue breaking the rules, telling the Eyes Wide Open YouTube channel she would rather be ‘concreted in’ than stop trading.