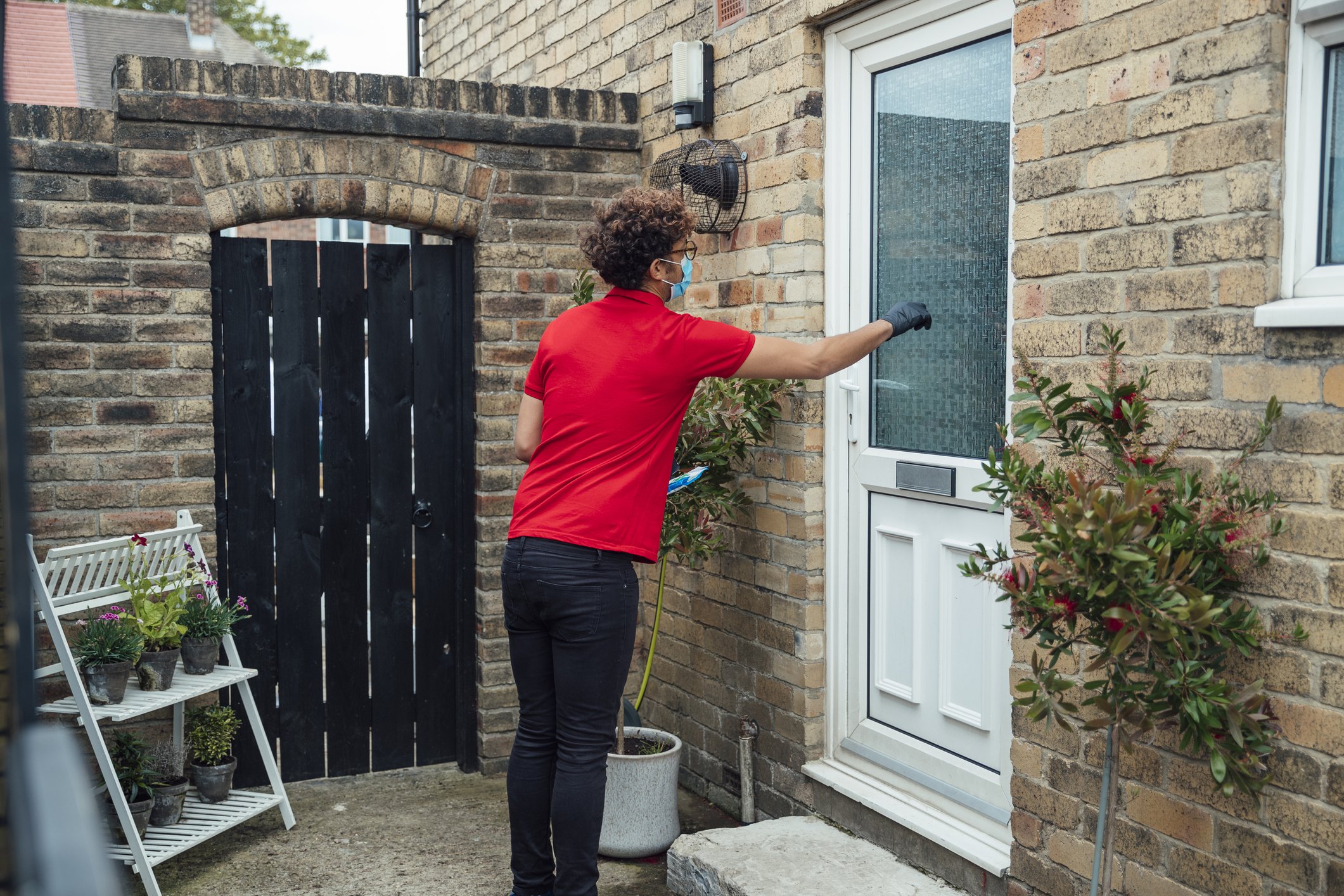 A new campaign could soon see unvaccinated Brits offered jabs on their own doorsteps by visiting health teams.

The threat and rapid spread of the Omicron variant triggered new coronavirus restrictions in Scotland, Wales and Northern Ireland.

Whether England will follow suit remains uncertain, but the Government is reportedly hoping to fight Omicron with door-to-door vaccines instead, according to the Mail on Sunday.

It comes after a similar month-long trial in Ipswitch, Suffolk, which began at the end of November.

Public health teams started in Ipswitch’s Westgate area – where there is a low vaccine uptake rate – and went to each house.

They chatted with people who had concerns about the vaccine and offered transport to centres where people could get their jabs.

There was also a bus touring the area and offering shots on the go, so locals did not even have to make their way anywhere.

Similar efforts were seen in Great Yarmouth, Norfolk, and now they may be extended across the country.

One Cabinet Minister told the Mail on Sunday: ‘I think anything that encourages the vaccine-hesitant is sensible.

‘The mood in the country is hardening against people who refuse to be vaccinated.’

Doctors have said up to 90% of Covid patients in intensive care units are unvaccinated.

While tens of millions of doses of the Covid vaccine have been administered across the UK, there are still millions of people who are completely unvaccinated.

England is anxiously waiting to see if Boris Johnson will curb freedoms before New Year’s Eve amid surging infections.

But the Prime Minister would have to recall Parliament to do this and some believe he is running out of time.

However, whether Mr Johnson chooses to implement new rules or not, schools are not expected to be closed.

A source close to Education Secretary Nadhim Zahawi told the Sunday Times: ‘The PM and Nadhim are fully committed to keeping schools open and there’s a shared commitment across Government to do so.

‘Education is a top priority and school closures are not something being considered.’

In Wales, a maximum of six people are allowed to meet in pubs, cinemas and restaurants from Boxing Day.

Nightclubs have closed and two-metre social distancing requirements are back in place.

In Scotland, large events have to have one-metre physical distancing and will be limited to 100 people standing indoors, 200 people sitting indoors and 500 people outdoors.

From tomorrow, only up to three households can meet and socialise and they have to keep a distance of one metre between them.

Anywhere serving alcohol can only do so with table service.

Similarly, Northern Ireland has closed nightclubs and indoor standing events have been banned.

Only three households are allowed to mix and the ‘rule of six’ has returned to hospitality venues.