A second wave of coronavirus is hitting the UK hard. Following a summer of respite with eased restrictions, Britain is facing a bitter winter as cases rise exponentially in nearly every area. England and the other devolved nations are now operating under different classification systems for local lockdowns – with England using a new tiered system to rank the prevalence of COVID-19.

According to the latest data, the area with the worst level of infections is the north west, including Liverpool and Lancashire – both of which are currently under Tier 3 restrictions – the harshest in the country.

Greater Manchester is still in Tier 2 despite a very high number of cases, after local leaders rejected plans to move it to Tier 3 due to a lack of financial support from central Government. 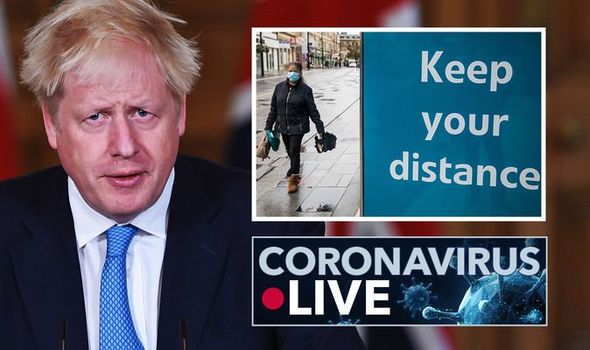 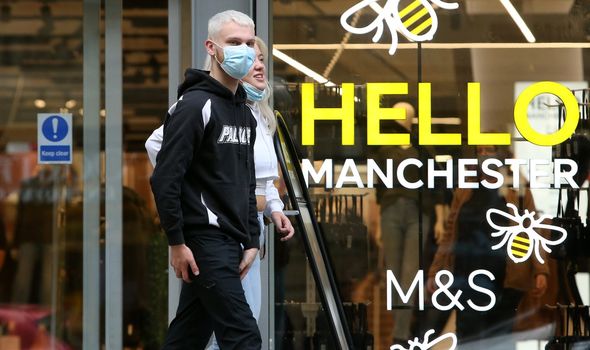 Large parts of the north east are currently under Tier 2 restrictions, including the Tyne and Wear and Tees Valley regions.

Newcastle is reporting an infection rate of 491; County Durham is at 313; Middlesborough and Sunderland are both at 277; and Gateshead is at 248 cases per 100,000 people.

Yorkshire has a number of areas with a high infection rate, including Leeds with 370, Bradford with 293, and Wakefield with 216.

Barnsley and Rotherham are currently both at the 250 mark, while Doncaster is at 181. 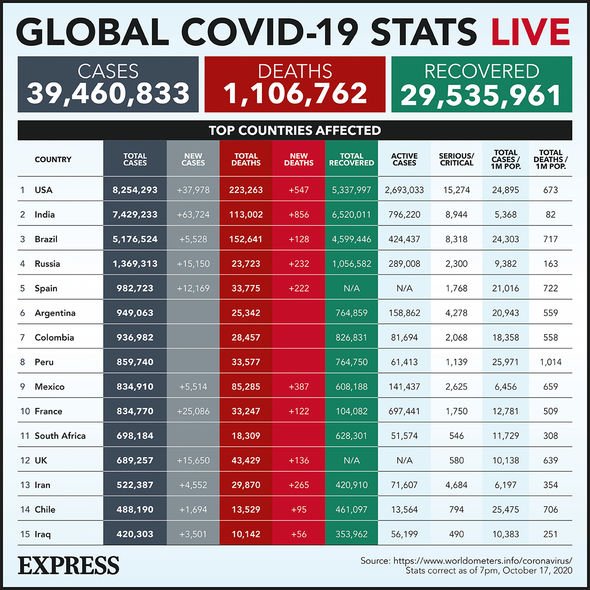 The midlands is currently host to the latest hotspot Nottingham – with a very high 880 infections per 100,000 residents – but it still remains in Tier 2.

Birmingham is doing comparatively well with an infection rate of 167.

London has being reranked into Tier 2 this week despite much of the capital recording less than 100 infections per 100,000 people, but several boroughs are a cause for concern, including Ealing, Richmond, and Hackney.

DON’T MISS
Can I go on holiday if I live in Tier 3? [INSIGHT]
Manchester Tier 3: When is the announcement on Manchester lockdown? [REPORT]
Scotland travel ban: Is Nicola Sturgeon going to ban English visitors? [ANALYSIS]

The Mayor of London Sadiq Khan tweeted on Thursday: “The Government has had plenty of time to put an effective test, trace and isolate the system in place – but they’ve failed.

“New restrictions will be tough for Londoners, but COVID-19 cases are rapidly rising and I’m not willing to put lives at risk.”

Essex in the south east has now risen to Tier 2, as well as Elmbridge in Surrey – but despite this much of the south east is recording an infection rate well below 100,000 people.

The east of England is also feeling safe currently, being under Tier 1 restrictions, and most areas recording infection rates as low as 20 per 100,000 people.

Cambridge has recorded a low rate of 79 this week.

Faring better than everywhere else is the south west of England – all of which is currently under Tier 1 restrictions, including cities like Bristol and Exeter. 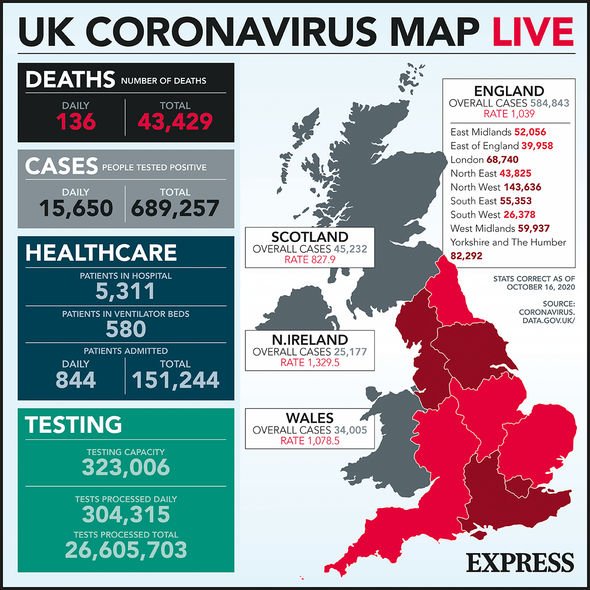 According to statistics correct as of October 16, 2020, the number of cases for each area is: