A total of 512 children were admitted to hospital with COVID in England in the week leading up to Boxing Day, figures have revealed.

The numbers, released on the government’s coronavirus dashboard, also show that 59 children under five were admitted to hospital between Christmas Day and Boxing Day alone.

A further 50 children in the same age bracket were admitted in the 24 hours prior.

It is unclear whether the cases are incidental or if any of the individuals are in a serious condition.

The definition used to identify a hospital admission with COVID is that someone either tested positive for the virus in the 14 days before their admission or during their stay in hospital.

It could mean that someone goes into hospital for a non-COVID reason, and subsequently tests positive.

Between 19 December and 26 December, 226 children aged six to 17 were admitted to hospital with COVID.

Over the same period, 286 children under five were also admitted.

That compares to 256 individuals aged 17 and under admitted in the last week of November – 100 children aged under five and 156 children aged between six and 17. 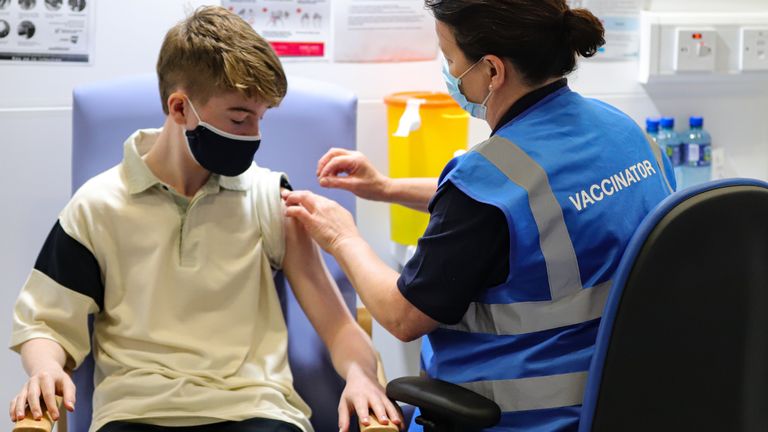 Which children are being vaccinated?

Last week, government advisers said vulnerable primary school children should be offered a low-dose Pfizer COVID vaccine. It is estimated that around 330,000 children will fall within this category.

The low-dose vaccine by Pfizer-BioNTech, already used in other countries, contains one-third of the adult dose and is delivered via two jabs given eight weeks apart.

Two vaccine doses are being offered to children aged 12 to 15.

The Joint Committee on Vaccination and Immunisation (JCVI) also said some older children should also be offered a booster in response to the Omicron variant.

A decision on vaccinating all five to 11-year-olds has not yet been made.

Speaking last week, the JCVI’s chair of coronavirus immunisation, Professor Wei Shen Lim, said: “The majority of children aged five to 11 are at very low risk of serious illness due to COVID-19.

“However, some five to 11-year-olds have underlying health conditions that put them at higher risk, and we advise these children to be vaccinated in the first instance.” 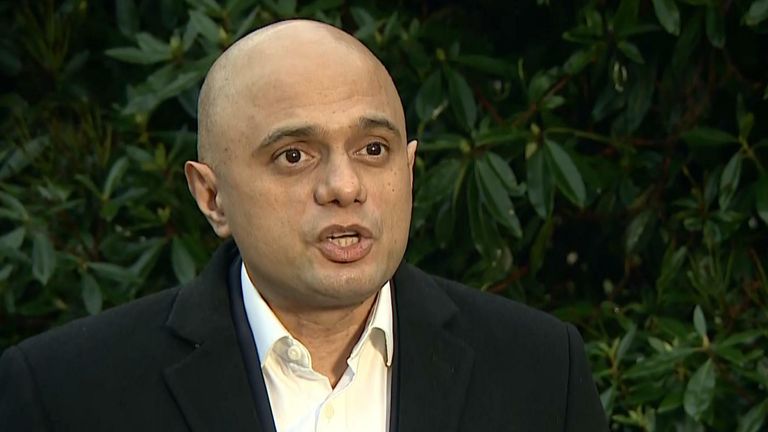 Meanwhile, the latest figures show the number of people in hospital with COVID in England has risen to 9,546.

This is up 38% from a week earlier and is the highest number since 3 March.

The latest figure compares to 8,474 yesterday, according to NHS England.

During the second wave of coronavirus, the number peaked at 34,336 on 18 January.

But no more restrictions will be brought in for England before 2022, as per the health secretary’s announcement on Monday evening.