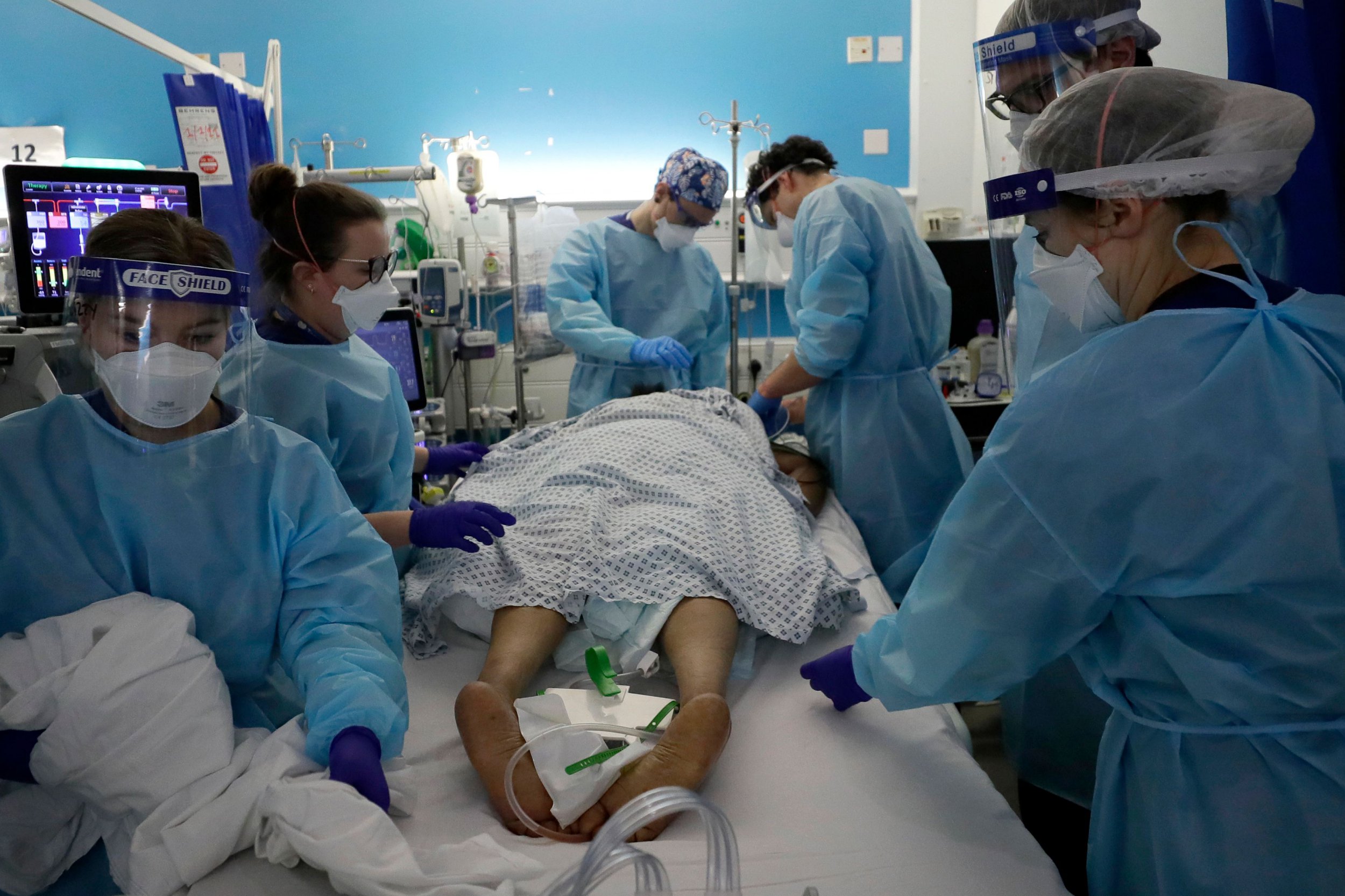 Covid patients are dying because they will not go on ventilators as they believe the machines will kill them, medics have warned.

The Faculty of Intensive Care Medicine told The Telegraph that many of its members are being faced with critically-ill patients who refuse ventilators and then die.

‘It’s really difficult for doctors working in ICU when you see a patient deteriorate and you know that if you don’t put them on a ventilator they are going to die, but they are refusing,’ the faculty’s dean Dr Alison Pittard said.

Medical professionals think people could hold their false beliefs about ventilators after seeing that death rates in hospitals were higher when staff put many patients onto the machines during the first wave.

Just before the first wave peaked on April 1, 75.9% of coronavirus patients were intubated within the first 24 hours of getting to the ICU but this went down to 44.1% when the likelihood of dying in ICU also went down from 43% to 34%.

So as survival rates improved, ventilator use declined and experts worry people have wrongly made an association between the two.

Dr Pittard said survival rates and ventilator use correlated because doctors started to better understand how to treat certain elements of severe coronavirus, such as blood clots.

As well as the introduction of the drug Dexamethasone, the main reason for the correlation is doctors discovered that patients with the virus were better able to deal with what would normally be thought of as dangerous low oxygen saturation levels.

Dr Pittard confirmed that studies have shown people have been dying from coronavirus, not ventilators.

She said: ‘If you get to that point where you are being offered a ventilator, if you refuse there is a 100% chance you are going to die.

She also said that it is mostly people from ethnic minority backgrounds and those who live in deprived areas that fear intubation, although no data has been published.

A recent study from the University of Manchester said the NHS was ‘failing ethnic minorities’ after it found the average health of 60-year-olds from Gypsy or Irish Traveller, Bangladeshi, Pakistani and Arab backgrounds is similar to 80-year-old white British people.

Among Britain’s ethnic minority adult communities, about 12% of the population, have experienced higher rates of infection and death.

The study’s lead author Dr Ruth Watkinson said: ‘Policy action is needed to transform healthcare and wider support services to make sure they meet the needs of all individuals in England’s multi-ethnic population fairly.

‘But policymakers also need to address the structural racism that makes it harder for people belonging to ethnic minority groups to access socio-economic opportunities because poverty is a major cause of poor health.’

As of Friday, 3,918 coronavirus patients were on ventilation out of the 35,375 in hospitals across the country.

Doctors have started to use regular oxygen masks and continuous positive airway pressure (CPAP) machines, which was reportedly used to help Boris Johnson when he had the virus, as alternatives to ventilators.