Schools are seeing “very severe low attendance” ahead of Christmas as the Omicron COVID variant spreads across the country.

Geoff Barton, general secretary of the Association of School and College Leaders (ASCL), said around 25%of staff at one school had been off for three weeks amid the increase in cases.

His comments come amid reports that some schools and colleges have switched to remote lessons in the run-up to Christmas, while some parents are choosing to keep their children off school due to concerns. “Listening to the speculation and the news, and certainly the emails I’ve been getting from members, you are getting some pockets of very severe low attendance, partly young people, partly staff,” Mr Barton told BBC Radio 4’s Today Programme.

“One (school) has emailed me this morning saying 25% of staff have been off for three weeks.You can imagine if you can’t then get supply teachers that becomes very difficult to maintain the quality of education.”

The NASUWT teaching union has called on the government to stagger the return of pupils to schools in January – and to publish guidance advising schools and colleges to cancel or postpone non-essential activities and events before Christmas – amid the spread of the Omicron variant.

The union adds that guidance should make clear the actions that schools can take when dealing with “compromised” staffing levels – including sending pupils home where lessons cannot go ahead safely.

However, Downing Street has said schools should not be closing early for Christmas unless they have been told it is “necessary” on public health grounds. 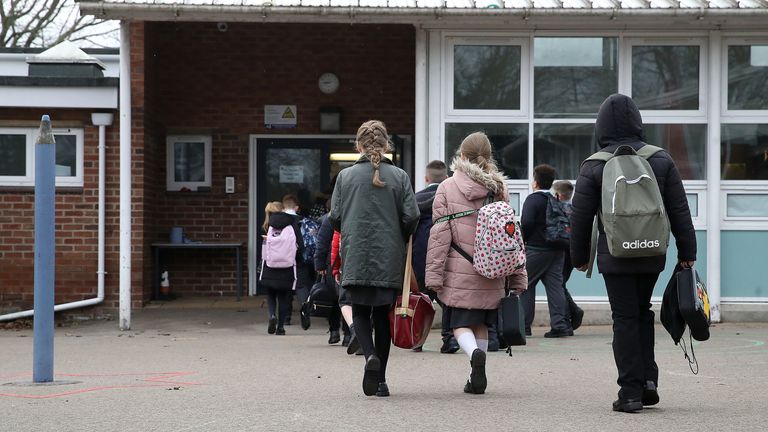 Two schools in Bury St Edmunds in Suffolk – Sybil Andrews Academy and Abbots Green Academy – have moved to remote learning until the end of term on Friday after COVID-19 cases emerged in the schools.

A joint statement from both academies said: “Whilst this is far from the end of term we wished for, it remains our intention to be able to salvage Christmas, but more importantly the health and wellbeing of our school communities.”

Abingdon and Witney College in Oxfordshire has moved the majority of its lessons online this week as a “proactive measure” to reduce the number of people at its campuses in the run-up to Christmas. 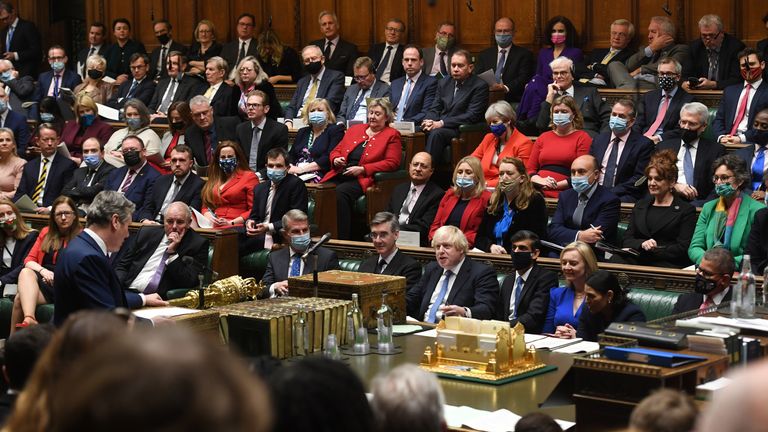 In a statement on its website, the further education (FE) college said: “As a college we’re keen to ensure that we keep ourselves and our families as safe as possible over the festive period.”

Meanwhile, two councils in Wales, Denbighshire and Anglesey, have decided to end face-to-face classes early on Friday 17 December, with students expected to learn from home for the last three days of term.

Paul Whiteman, general secretary of school leaders’ union NAHT, said: “Schools and families alike are nervous about the spread of the Omicron variant so close to Christmas.

“School leaders are remembering the chaos and last-minute government decisions that took place last year. This must not happen again.

“The few schools that have had to close have done so on the advice of public health teams. Some parents are choosing to keep their children off from school as they are so concerned. Many schools are struggling with the levels of COVID amongst both staff and pupils, which have shot up in the last week.”

Mr Whiteman called on the government to “think very carefully” about the mitigations it needed to take to keep schools open next term. 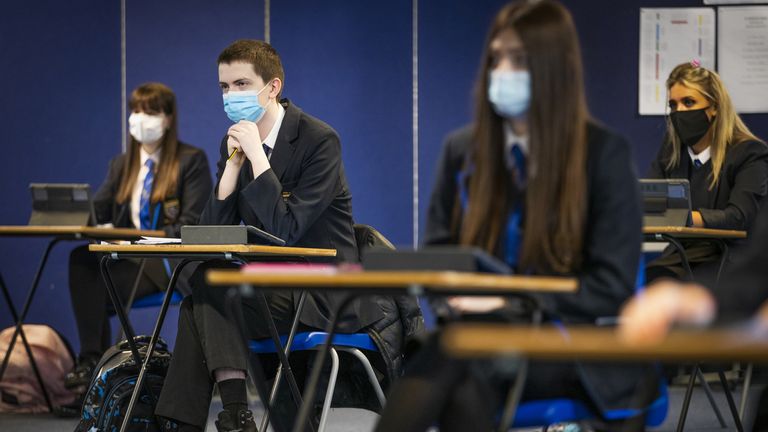 A Department for Education spokesperson said: “We are incredibly grateful to teachers and all education staff for their efforts to protect face-to-face education.

“The classroom is the very best place for children and young people’s development.

“We have already taken action that will help manage the Omicron variant, including asking older students and staff to wear face coverings in communal areas and asking secondary schools to offer on-site testing at the start of the spring term.

“We strongly encourage everyone to keep testing regularly and get their booster jab as soon as possible to help further protect education.”