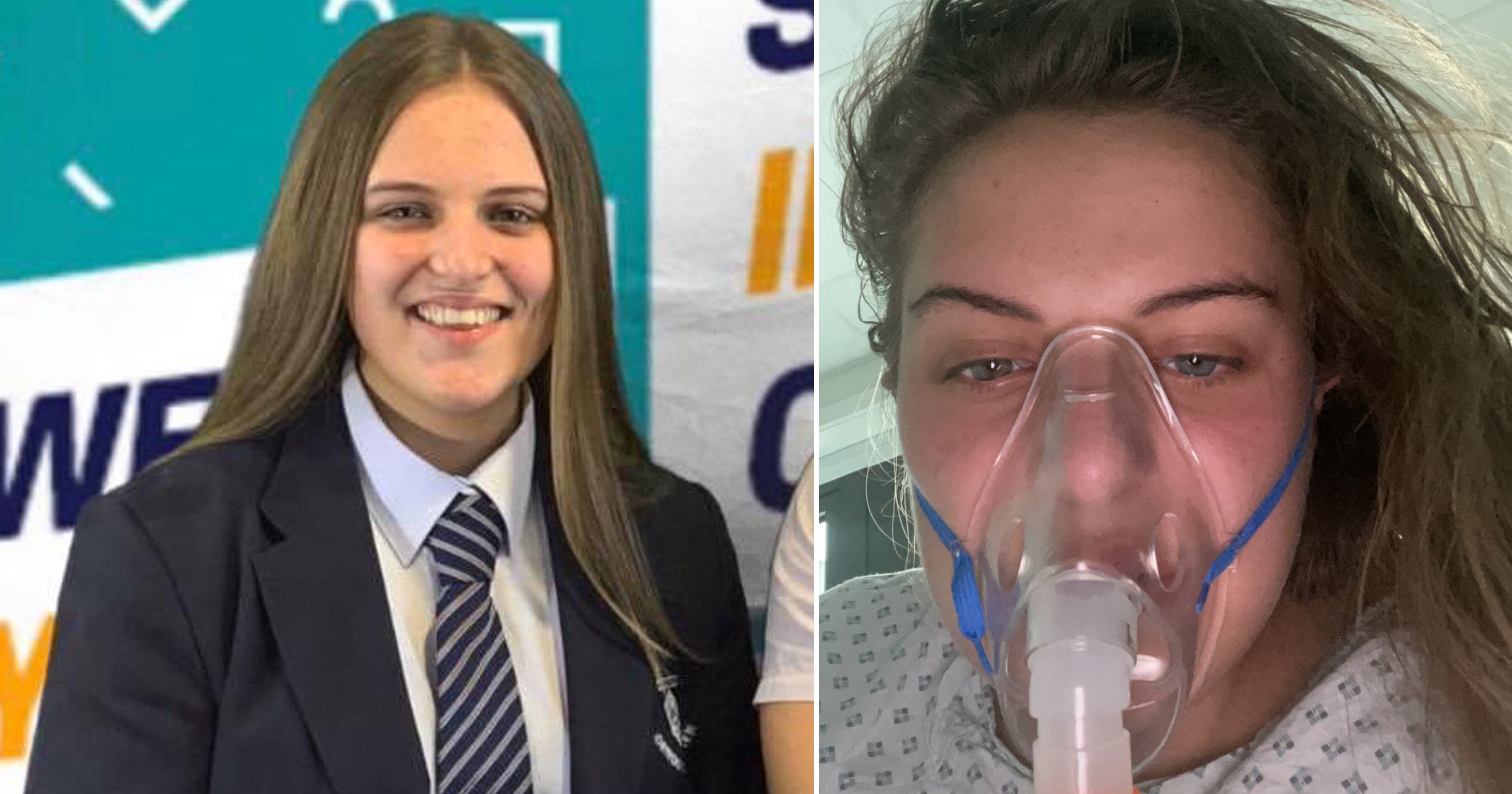 A teenage girl seriously ill in hospital with Covid-19 says she has been called a ‘liar’ and ‘actress paid by the government’ by anti-vaxxers.

Maisy Evans feared she would die when her oxygen levels ‘dropped dramatically’, yet has found herself targeted for abuse by conspiracy theorist online trolls.

The 17-year-old, from Newport, has suffered symptoms including a blood clot on her lung as well as dizziness, headaches, shortness of breath and the loss of smell and taste.

After revealing her suffering on social media and urging other youngsters to get their coronavirus vaccines, she has been bombarded with claims blaming her illness on the jabs rather than Covid-19.

Ms Evans tested positive for Covid-19 on August 14, three days after receiving her first dose of the Pfizer vaccine, but says doctors assured her the jab was not responsible for her illness or the blood clot.

She told Sky News: ‘I’ve had to deal with a lot of anti-vaxxers and conspiracy theorists which is deeply frustrating.

‘I’ve been called a liar, an actress paid by the government to push certain agendas, Satan, a Nazi, evil, and so many more things — it’s totally uncalled for.’

She was admitted on August 25 to the Grange University Hospital in Cwmbran, south Wales, where the blood clot was discovered.

She is still there — and just standing up leaves her breathless.

‘It feels like I’ve run 40 miles,’ she said. ‘There was a moment when I feared for my life -my oxygen saturation levels dropped dramatically and it was really scary.

Meanwhile, BBC Look North correspondent Phillip Norton has been ambushed in Scarborough, North Yorkshire by anti-vaccine protesters who said he should ‘hang’ and ‘the nooses are ready’.

And in Brighton people queuing to get jabs at a newly opened NHS hub were blocked by campaigners including former nurse Kate Shemirani, who was struck off for spreading conspiracies.