World trials of the vaccine showed protection against severe disease was even higher at 85 percent. Crucially, no one who received the jab was admitted to hospital or died. The news is another huge victory for the UK Vaccines Taskforce, which has secured access to 30 million doses and the option of buying a further 22 million.

It came just hours after Novavax announced its coronavirus vaccine – of which the UK has ordered 60 million doses. It is 89 percent effective at stopping infection and 86 percent effective against the new Kent variant of the virus.

More than 43,000 people from eight countries and three regions took part in ­trials of the single-shot vaccine from Johnson & Johnson, which was developed by its pharmaceutical arm Janssen.

Deliveries of the Janssen jab could begin arriving in Britain in the second half of the year, provided it receives the green light from regulators.

Dr Paul Stoffels, Johnson & Johnson’s chief scientific officer, said the jab could significantly ease the burden on health services across the world, particularly as only one dose
is required.

Dr Stoffels said: “A one-shot vaccine is considered by the World Health Organisation to be the best option in pandemic settings, enhancing access, distribution and compliance. 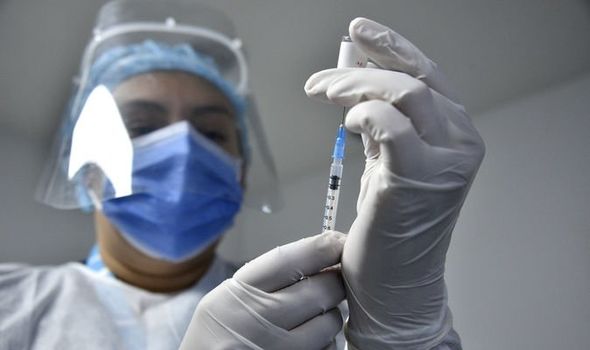 Britain’s vaccine rollout is continuing at pace – almost 8.4 million doses have been dished out so far.

Dr Stoffels said his firm was aiming to produce more than one billion doses of the vaccine during 2021 at a number of plants around the world including the US, Europe, India and Africa.

It has also already started developing booster vaccines to tackle variants in case they are needed.

Johnson & Johnson plans to apply for regulatory approval in the US next week, followed shortly by applications in Europe and the UK.

In the United States arm of the trial, the level of protection against moderate to severe Covid infection was found to be 72 percent. It was 66 percent in Latin America and 57 percent in the South Africa, where a mutant strain of the virus has been dominating.

The overall efficacy from the combined trials was 66 percent, which is lower than estimates for the Oxford, Pfizer and Moderna vaccines. But scientists warned yesterday that headline figures for different vaccines could not be compared directly.

Professor Saul Faust, director of the Southampton NIHR Wellcome Trust Clinical Research Facility, which is helping Janssen with trials, said: “It’s apples and oranges. The key thing is what happens when you deploy in a population and on one dose this vaccine is going to stop people going into hospital and death.”

Prof Faust is a chief investigator for the UK arm of the next trial, to see whether two doses can offer better immunity. 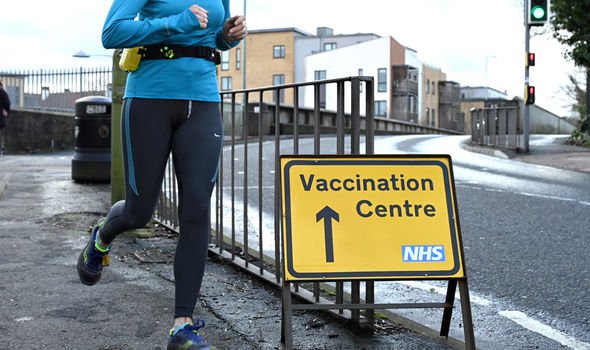 Experts welcomed the findings and said the Janssen vaccine’s easy fridge storage and single dose regimen could make a huge difference in the fight to end the pandemic.

Kevin Marsh, professor of tropical medicine at Oxford University, said: “The real headline result is that a single-shot vaccine, capable of easy long-term storage and administration, provided complete protection against hospitalisation and death.

“This is important because the immediate requirement of vaccination globally is to limit deaths as quickly as possible. These results are especially encouraging for Africa and low-to-middle-income countries globally where the combination of single-shot, ease of storage and protection against multiple variants is critical.”

Dr Michael Head, senior research fellow in global health at Southampton University, said: “We do need to vaccinate the world and there’s about eight billion people out there. So the chance to have multiple vaccines available is excellent and a single-dose product has advantages in terms of cost and logistics for a large-scale rollout.”

Prof Sheila Bird of Cambridge University said: “Huge congratulations to Kate Bingham and her UK committee of experts who made the critical sub-selection of seven from over 200 vaccine contenders. Their magnificent seven include the top five to date.”

UK life sciences firms have stepped up to accelerate and secure the UK-based manufacture of vaccines – and not just AstraZeneca’s.

The Vaccine Taskforce has had a big impact. It ensured US firm Novavax chose the UK for a trial that recruited fast and got results fast. Thanks to NHS trial volunteers the world is set to have another viable Covid vaccine. 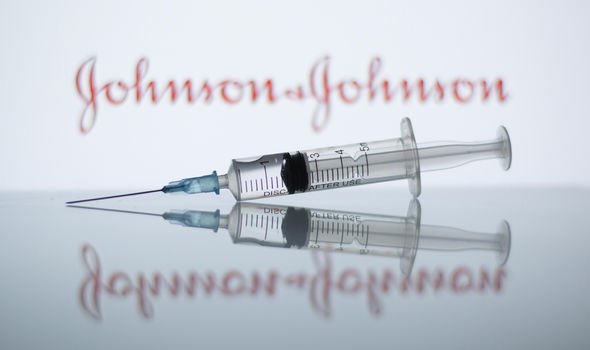 Novavax chose to make its vaccine in the North East and French firm Valneva invested in its Scottish factory for its vaccine, which started production this week.

When the NHS and innovative companies work together, the UK can be a world-leading location for some of the most amazing biotech developments of our era.

Our DNA sequencing capability is another part of our armoury against Covid-19. By hosting a library of variants, the UK will benefit virus understanding globally, enabling further vaccines and therapies to be developed as it evolves.

With the right government industrial strategy companies will invest and grow here. By showing we can invent, trial, develop and deploy the latest medical advances we can create high quality jobs, attract inward investment from overseas and improve the health of the nation.