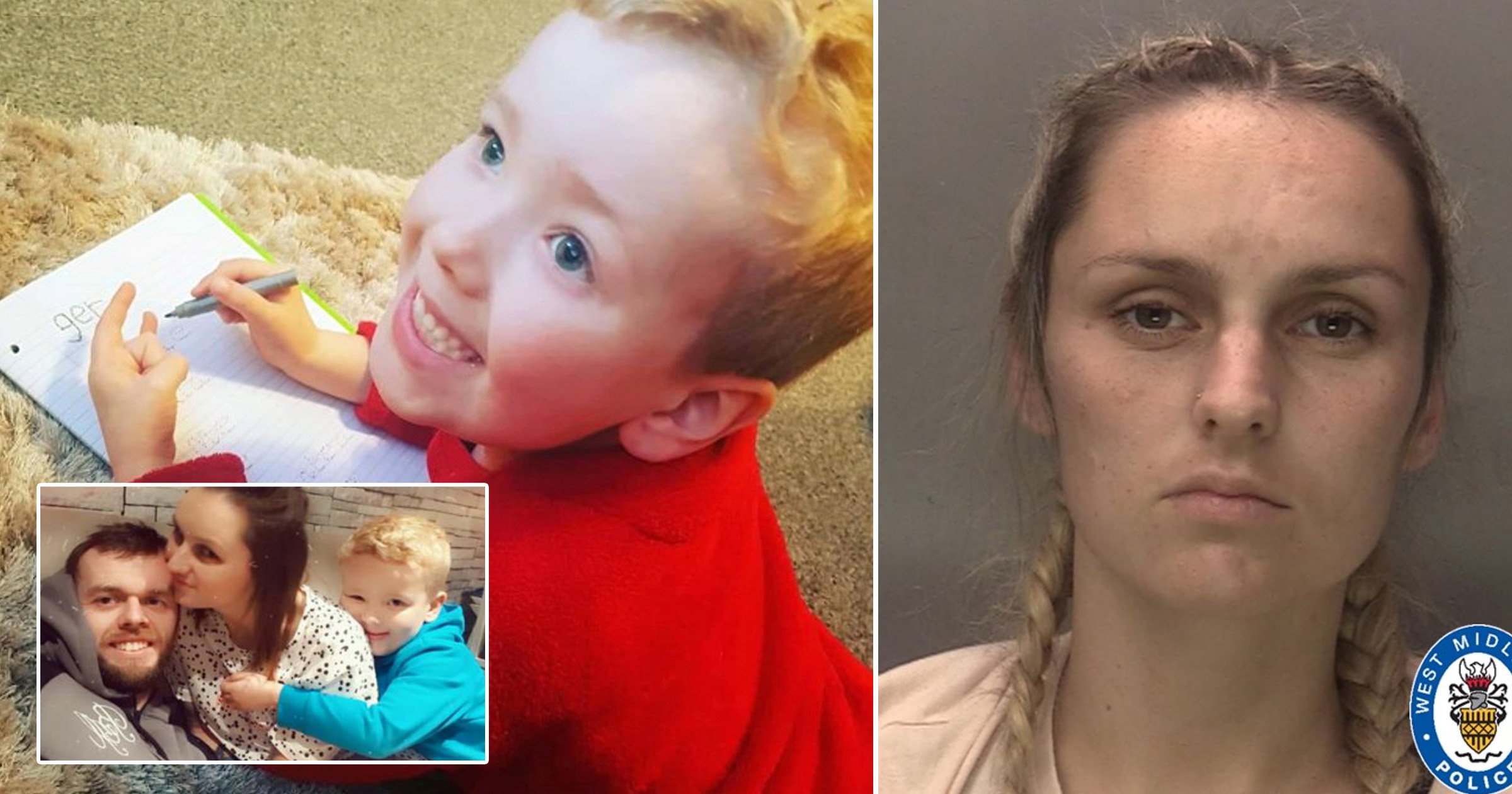 A monster stepmum who killed an innocent six-year-old after torturing and starving him has refused to enter the dock for her sentencing hearing.

Cowardly Emma Tustin is facing life in prison after she was convicted of murdering defenceless Arthur Labinjo-Huges following a nine-week trial.

As the sentencing began on Friday afternoon, Judge Wall said Tustin was present at Coventry Crown Court but has decided not to come up into the dock to face her punishment.

The hearing will continue in her absence.

Tustin, 32, inflicted ‘unsurvivable’ brain injuries on her partner’s son Arthur by smashing his head against a hard surface at her home in Solihull in June last year.

She immediately fetched her phone and took photos of the little boy as he lay dying in the hallway to send to his dad, Thomas Hughes.

Hughes was cleared of murder but found guilty of manslaughter for encouraging the killing.

The court heard he had sent Tustin a text saying ‘just end him’ hours before she murdered his son.

The campaign of cruelty began when Tustin moved in with Hughes after the nation went into lockdown in March 2020.

The couple starved Arthur, force-fed him salt laced meals, and forced him to stand alone for 14 hours a day.

Haunting audio and video clips recorded in the final weeks of Arthur’s life revealed he could barely speak and was no longer able to support his own weight.

He could be heard crying ‘nobody loves me’ and no one is going to feed me’.

Despite this, Tustin, who has been attacked with salt in prison, pretended to cry in front of police officers sent to her home after she killed him and cruelly tried to blame the boy for causing the injuries himself.

Arthur’s paternal grandmother, a secondary school teacher, said the ‘happy and thriving boy’ would ‘be alive today’ had her son not met Tustin.

Arthur was left at the mercy of his dad and stepmum after his biological mother, alcoholic Olivia Labinjo-Halcrow, was jailed for stabbing her own partner to death in a drink and drug-fuelled rage in 2019.