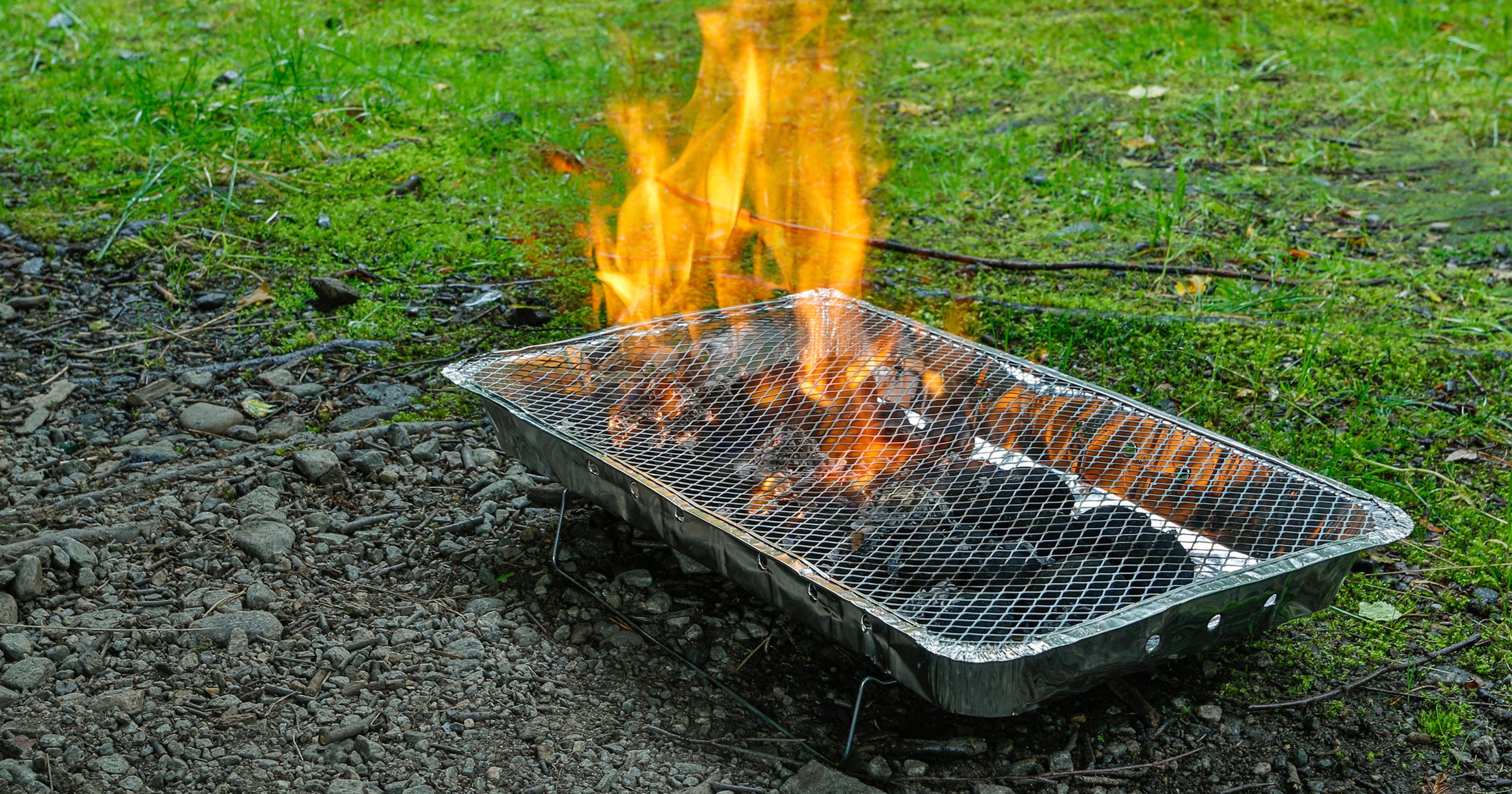 Disposable barbecues are responsible for 4% of serious accidental fires in the UK and may be banned across the country.

A government minister has indicated a crackdown is coming in order to slash the risk of wildfires.

‘Disposable barbecues, if used correctly, do not, in themselves, pose a wildfire risk,’ said environmental minister Victoria Prentice.

‘It is when they are left unattended, or used recklessly, that the risk occurs,’ the minister said.

‘It is clear to me that we do not have enough data on the role that disposable barbecues play in wildfire incidents.

‘However, anecdotal evidence… suggests that they have been responsible for a number of serious incidents.’

She added more research is being commissioned into the role of single-use grills in wildfires, following initial findings from the Home Office.

Supermarkets Waitrose and Aldi announced last month they would no longer be selling disposable barbecues due to their impact on the environment and wildlife.

Disposable barbecues have also been banned from beaches, parks and council-owned spaces in Brighton and Hove.

Labour MP Holly Lynch highlighted this week that firefighters in West Yorkshire had already attended 75 wildfires this year, with most of them caused by ‘careless and reckless use’ of disposable barbecues.

She told the Commons: ‘The suffering inflicted on wildlife as a consequence of such fires is one of the greatest tragedies of this particular problem.

‘These fires also put a tremendous strain on our emergency services.

‘I appreciate banning the sale of disposable barbecues sounds like a big step. However, I think I have been clear in outlining the scale of the problem and the devastation caused, which warrants consideration of ways we can manage the risk up to and including a ban on their sale.’

Local councils can enforce Public Space Protection Orders to stop disposable barbecues being used in parks and other areas.

Other MPs have instead called for stricter regulation ahead of the summer months, instead of a total ban.

‘That should include consideration of whether disposable barbecues should be banned from sale entirely.

‘The Government certainly needs to encourage the small minority using barbecues in appropriate locations to be more responsible – and think of the potential consequences for people, the environment and livestock.’