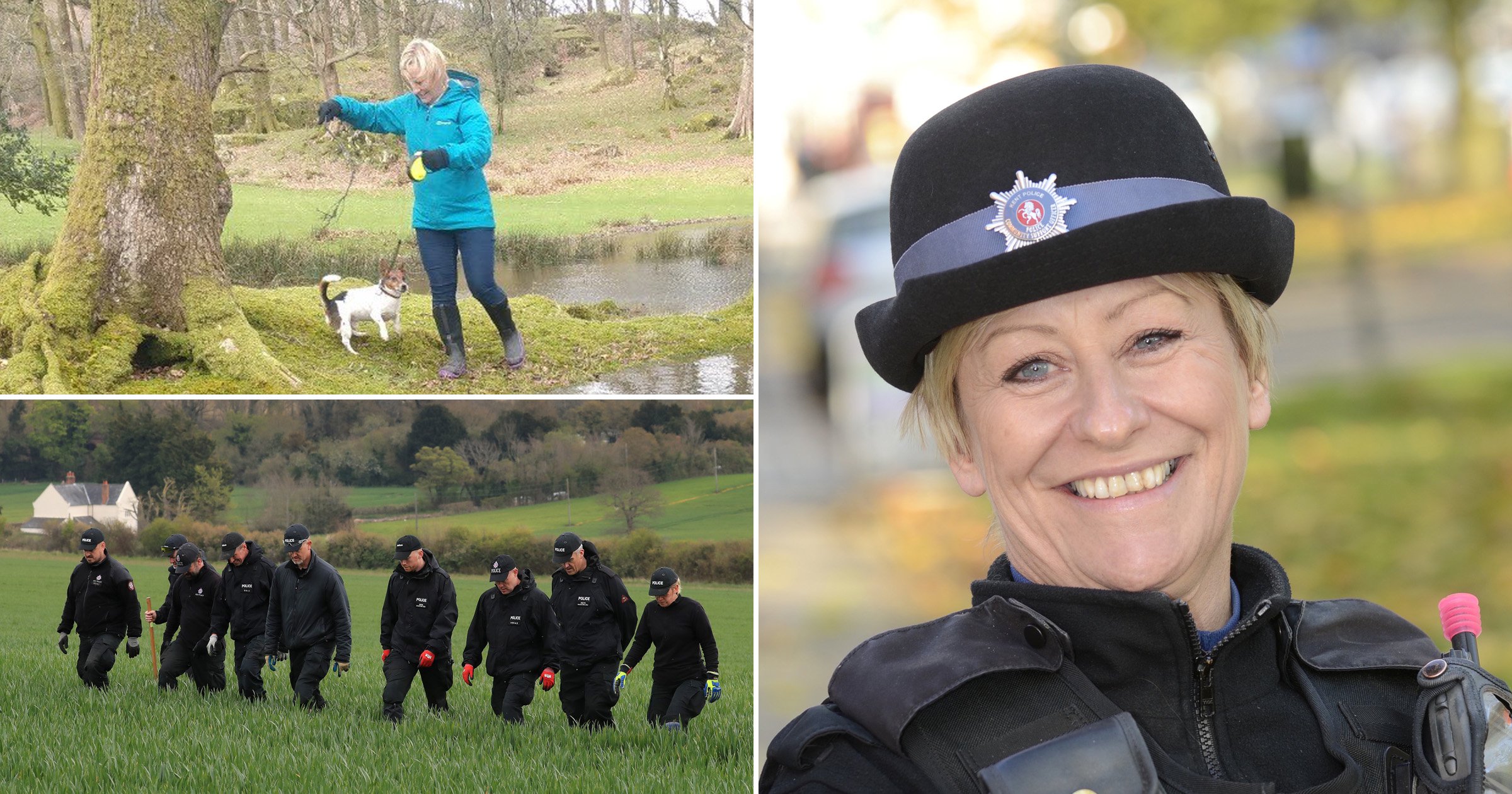 A £10,000 reward is being offered to help find the murderer of PCSO Julia James.

Crimestoppers has launched the appeal for anonymous information after the 53-year-old’s body was discovered in Akholt Wood, near Aylesham, Kent on April 27.

Detectives have said they still have no motive or suspect for Ms James’ murder more than a week after it happened.

Mick Duthie, from the charity, said: ‘Crimestoppers is here to help people who – for whatever reason – won’t or can’t speak directly to the police, but want to do the right thing.

‘By contacting our charity with information, we guarantee that you will stay 100% anonymous.

‘We’re not interested in who you are and will never ask for your details – all we want is information, however small, that might help find those behind this murder.

‘Julia’s life has mercilessly been taken away. If you know who was involved, please remember our charity’s unique service guaranteeing your anonymity is here for you.’

Ms James had been working at home the day she was killed, before going for a walk.

Her body was found at around 4pm by members of the public and a post-mortem confirmed she died of significant head injuries.

On Wednesday, investigators admitted they still did not have a motive or a suspect and that all options were being considered.

‘I do not know the motive of this attack. I don’t know if it’s someone she knew, I do not know if it’s a stranger attack – of course that possibility is particularly frightening to local residents,’ said Assistant Chief Constable Tom Richards.

In an appeal for information, a new image was released of the police community support officer (PSCO) in the same clothes she was wearing before she was found dead.

Police said they hoped the image would ‘spark a memory’ in anyone who may have seen her.

The force said the clothes, apart from the gloves, are the same as those worn by Ms James when she was killed.

Mrs James, who lived with her husband of four years, Paul, in Snowdown, had been a devoted PCSO for more than 15 years.

On Tuesday, mourners including Ms James’ daughter Bethan Coles, left lit candles on their doorsteps in tribute to the ‘fiercely loyal’ 53-year-old. 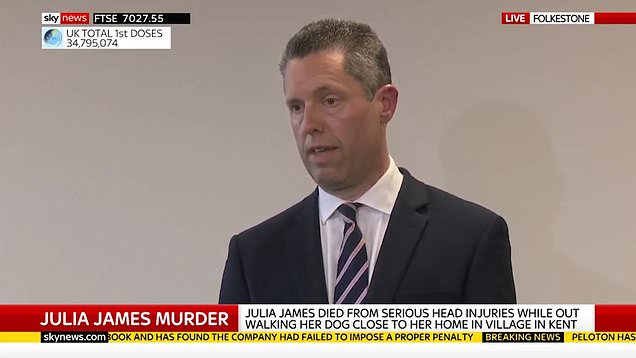 Her family have also appealed for the public’s help to ‘find this monster before he can cause more grief to another family’.

Samantha Griffin, Mrs James’ cousin, took to Facebook this week to question why there hadn’t been a ‘huge outrage’ over the murder, which comes less than two months after murdered Sarah Everard’s body was found just 25 miles away in Great Chart, Kent.

Ms Griffin wrote: ‘Where is the uproar about my beautiful cousin? Where is the huge outrage and pouring of despair? Where are the vigils and protests about her murder?

‘She was walking her dog, near her home. Thats all […] and somebody must know something about what happened!

‘The person who did this, is walking our streets and your communities… so let’s stand up and make sure we swamp social media with her beautiful face in the hope that we can get information or the vile human who did this decides to hold their hands up. Our family, her friends and colleagues will not rest.’