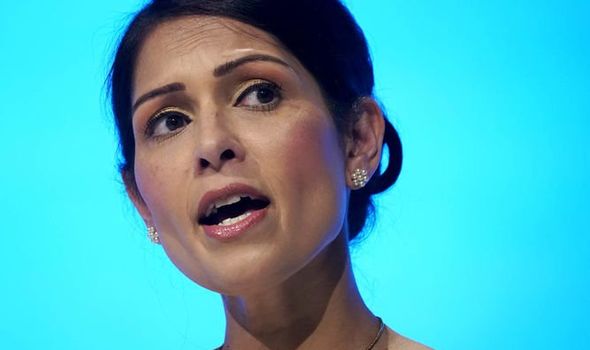 Towns and cities blighted by antisocial behaviour and violent crime will see extra officers on patrol after the biggest recruitment drive in a decade by Boris Johnson’s Government. In a fresh attack on criminals who have made the lives of millions of law abiding people a misery Ms Patel vowed to restore fear in and respect towards the police. She said she wants to see a return to the days when people could rely on seeing an officer on every street corner.

Speaking exclusively to the Daily Express said said: “There is no substitute for a visible police presence. I am a great believer in that and the fact of the matter is if we are going to make our streets safer we need to increase our police presence, which does means more bobbies on the beat.

“For Daily Express readers I would say one thing very clearly: My job is absolutely to back and empower the police because what we want to see are safer streets and safer communities and we can only achieve that through having more officers, more investment in police recruitment, equipment and training, and securing the greater presence of bobbies on the beat.”

Mother-of-one Ms Patel was appointed Home Secretary in July at a time of escalating violence towards the police. And she told the Express she wants those who dare to assault frontline officers to finally feel the full force of the law.

Only one quarter of criminals convicted of attacking the police have been jailed since the Assaults on Emergency Workers Act was introduced.

The new law doubles the maximum sentence from six to 12-months but of those convicted and jailed the average sentence is just eight weeks.

Ms Patel is currently carrying out a review of sentencing guidelines with Lord Chancellor and Justice Secretary Robert Buckland after public outcry at the apparent leniency towards those who assault professionals whose job is to protect the public. 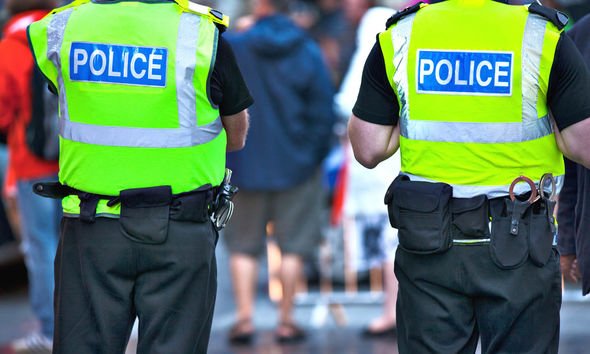 She wants to end the epidemic and ensure those responsible are punished severely.

She said: “I want respect to be bought back into policing but I am absolutely clear that anyone who has the audacity or the nerve to assault a police officer should get a sentence that is appropriate.

“My message is very clear. The days of getting a slap on the wrist for assaulting a police officer have to be over and I want to see the right kind of sentencing for the thugs who do.

“At the end of the day the British public want to know law enforcement is being supported by a criminal justice system which ensures the appropriate sentencing is given for the relevant crime.

“I am a great believer that law and order is at the heart of everything we stand for as a party in government and that means backing our police who do amazing things. Their safety and their protection is absolutely essential and paramount – it is the one thing I think of every single day.

“In my first weeks as Home Secretary the country saw some of the most appalling attacks on police officers so I am for standing with them, standing by them and making sure we can protect them, but also empowering them to do the job we ask them to do.”

PC Andrew Harper, a 28-year-old newlywed officer with Thames Valley Police, was killed responding to a reported burglary in Berkshire on August 15. He was first to die on duty since PC Keith Palmer was stabbed to death outside Parliament in March 2017.

His death followed a string of disturbing attacks including the stabbing of Met Police officer PC Stuart Outten, 28, as he tried to stop a van suspected of having no insurance in Leyton, east London. He managed to taser his assailant despite receiving multiple stab wounds.

Days later PC Gareth Phillips, 42, was left with life-changing injuries including a broken pelvis and head, abdominal and internal wounds after he was run over by his own patrol car in Birmingham. Dozens more have been seriously hurt in an escalation of thuggery that has prompted calls for urgent action.

Forces in England and Wales lost 20,564 officers between March 2010 and March this year but constabularies have been handed hundreds of millions of pounds to recruit 20,000 new officers in a fightback against wanton criminality and thuggery.

Ms Patel has acted on concerns raised by the Police Federation of England and Wales that officer numbers need to be urgently boosted to tackle rising crime and for public faith in law and order to be restored. 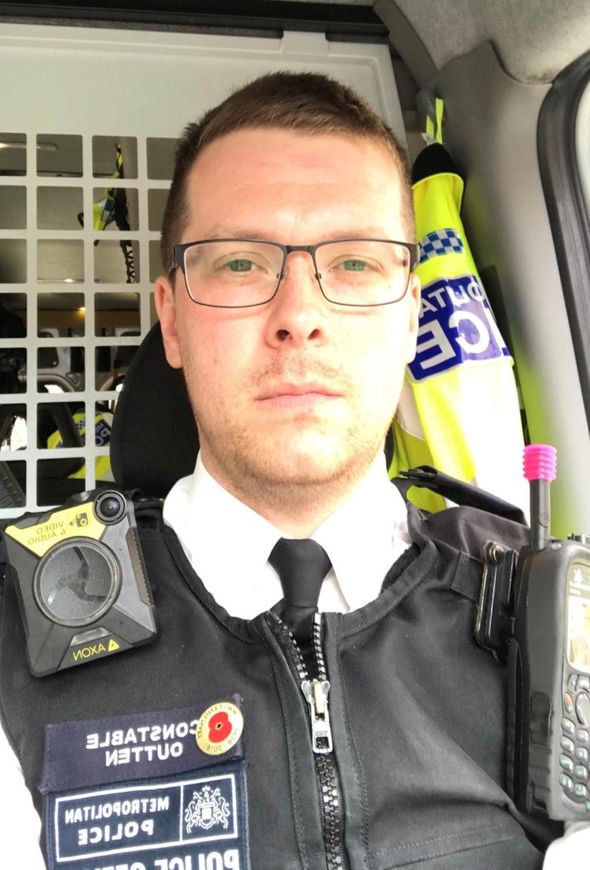 Some £750 million has been made available to allow the recruitment up to 6,000 additional officers by the end of 2021 with the remaining 14,000 in place within three years.

Yesterday Ms Patel visited a police training college in Maidstone, Kent, a force that has been told to recruit an extra 147 officers by the end of 2021.

She was shown the force’s tactical firearms and advanced driver training programme and given a demonstration of a 50,000 volt taser stun gun in front of frontline officers being taught how to use the weapon for the first time.

Ms Patel has pledged £10million to allow up to 60 per cent of frontline officers to carry tasers to tackle violent crime after police chiefs demanded extra funding to rapidly roll out the weapon because of the alarming number of attacks.

She has also committed £20million into identifying and dismantling county lines gangs which exploit and enlist vulnerable children to run drugs.

And like millions of parents with teenage children she admitted to being “terrified” at what her 13-year-old son could be exposed to as he grows up.

She said: “I believe in police protection and I believe in protecting the public so if officers feel they should have a taser to protect the public and themselves I think that is something we should absolutely be supporting.

“Criminality has changed enormously. When I was growing up my mother and father were shopkeepers and we saw a lot of shoplifting and crimes of that nature. Now our police cover the full spectrum ranging from shoplifting to burglaries to vehicle thefts to counter terrorism, county lines drugs gangs, serious violence and domestic violence – the scope of crime and law and order is so vast and the public know that and absolutely recognise that.

“My son has a mobile and I am terrified at some of the stuff that can appear, particularly as technology advances.

“All parents will know every child wants to have the latest phone, the latest gadgets and the latest apps, but we don’t know what is going to come through on some of those.

“I am absolutely terrified. I’m really concerned for him, of course. “The instinct of all parents is to do everything you possibly can to protect your child and to prevent them being exposed to some of the awful things I hear about and witness in my day to day work.”

In a dig at Theresa May, her predecessor as Home Secretary, Ms Patel has told senior officers of her shame at the way the police have been treated in recent years and her determination to heal the “wounds of the past” which saw budgets cut and officer numbers slashed.

John Apter, chairman of the Police Federation of England and Wales, said: “The Home Secretary and the Government must understand there is a lot of cynicism within policing and the reality is on our streets now, but at last they have listened and acted.

“So far I have been reassured but there is a mountain to climb because an awful lot of damage has been done and if any of these promises are broken the relationship will be damaged for good.

“The attacks on and injuries to police officers are beyond a joke and need to be tackled, and tackled now. I want to see some meaningful legislative changes that will protect the police and turn the Home Secretary’s warm words into action.”