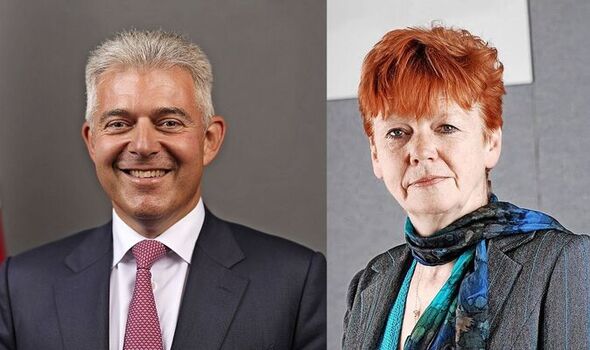 Dame Vera, who will leave at the end of the month, also condemned the Government’s record on the “shamefully low charging rates” of rape subjects and said its flagship Victims’ Bill remained “inadequate”.

Her resignation comes as magistrates’ courts face a backlog of almost 350,000 cases and crown courts nearly 60,000. In addition, the continuing barristers’ strike is heaping even more pressure on the justice system.

Dame Vera, 72, said: “Little has been done to effectively tackle the enormous and catastrophic backlog of cases, particularly in the crown court where the most serious crimes are tried. This has exposed victims of these crimes to intolerable delay, anguish and uncertainty. It is no exaggeration to say the criminal justice system is in chaos.”

She added: “This downgrading of victims’ interests in the Government’s priorities, along with the sidelining of theVictims’ Commissioner’s office and the curious recruitment process, make clear to me that there is nothing to be gained for victims by my staying in post beyond the current extension.”

Dame Vera, who was appointed Victims’ Commissioner for England and Wales in 2019, said she had not met Mr Lewis’ predecessor, Dominic Raab, since February.

She said: “The lack of engagement from the top at a time of great upheaval for victims reflected poorly on the Ministry of Justice’s priorities and the Government’s approach.”

Unlike her predecessor, Baroness Newlove, Dame Vera was not reappointed to the three-year role.

She was invited to reapply, but called it a “ploy” to keep her as a short-term “nominal post-holder”.

Shadow victims’ minister, Anna McMorrin, said: “Vera Baird has been a tireless champion of victims’ rights and the Labour Party pays tribute to her incredible work. Under the Conservatives, victims are simply an afterthought.”

London’s Victims’ Commissioner, Claire Waxman, said: “I am hugely disappointed that, for the first time in years, we will not have a national victims’ commissioner in post.”