A criminal managed to sneak acid into a courtroom before he drank it and died after undergoing “inadequate” security checks, an inquest has heard.

Mark Marshall, also known as Mark Castley, swallowed the corrosive substance in the dock as he was being sentenced at Inner London Crown Court in April 2019.

An inquest at Southwark Coroner’s Court concluded on Wednesday, with a jury finding that Mr Marshall’s death was suicide but that matters had “probably contributed” to it.

They included that a dock officer failed to confiscate a metal bottle containing the acid which the defendant brought into the dock with him, despite food and drink being banned.

Mr Marshall – who had a history of mental illness and past suicide attempts – was also deemed not to be an “imminent risk of self-harm” by the probation service, which meant a suicide risk form was not completed.

He expected to receive a jail sentence when he arrived at Inner London Crown Court with his belongings, which included a metal bottle and an opaque tube.

He set off a metal detector after entering the court but was not adequately checked with a wand by security, the hearing was told. 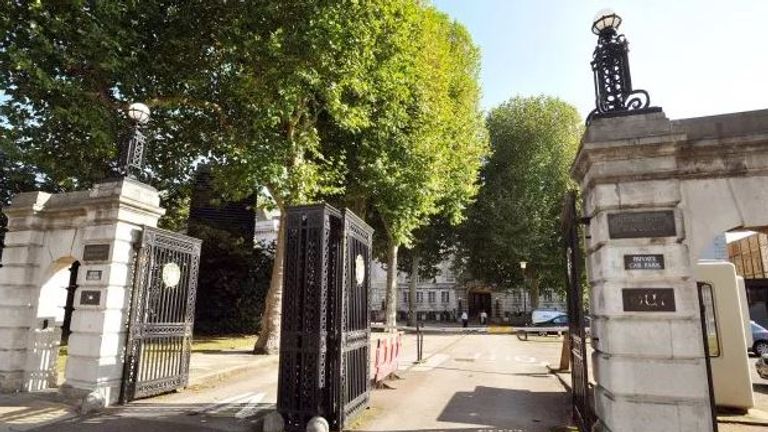 Mr Marshall appeared to take a sip from his bottle but was inadequately supervised and the opaque tube he was carrying was not searched.

After passing through security, he appeared to take an item from his right shoe while in a waiting area and place it in his pocket.

He then went to the toilet carrying the tube – but no longer had it when he entered the courtroom later.

Mr Marshall was “agitated” during the sentencing hearing and was “scratching his head”, the inquest heard.

He left the courtroom during a break and entered the toilets when it is believed “the water bottle and acid granules (or equivalent) were combined”, the jury recorded.

After returning to the courtroom, a dock officer asked Mr Marshall to take a sip of his drink but did not challenge the defendant when he refused, the coroner was told.

After being sentenced by the judge, Mr Marshall picked up his bottle containing acid and drank from it.

Witnesses poured water on the defendant in an effort to neutralise the acid and emergency services were called.

A note was found on Mr Marshall after he was taken to hospital, which suggested his actions were a “pre-mediated suicide attempt”, the inquest heard.

Mr Marshall died on 26 June 2019 from multiple organ failure and had suffered damage to his oesophagus “due to acid ingestion”.

Anyone feeling emotionally distressed or suicidal can call Samaritans for help on 116 123 or email [email protected] in the UK. In the US, call the Samaritans branch in your area or 1 (800) 273-TALK