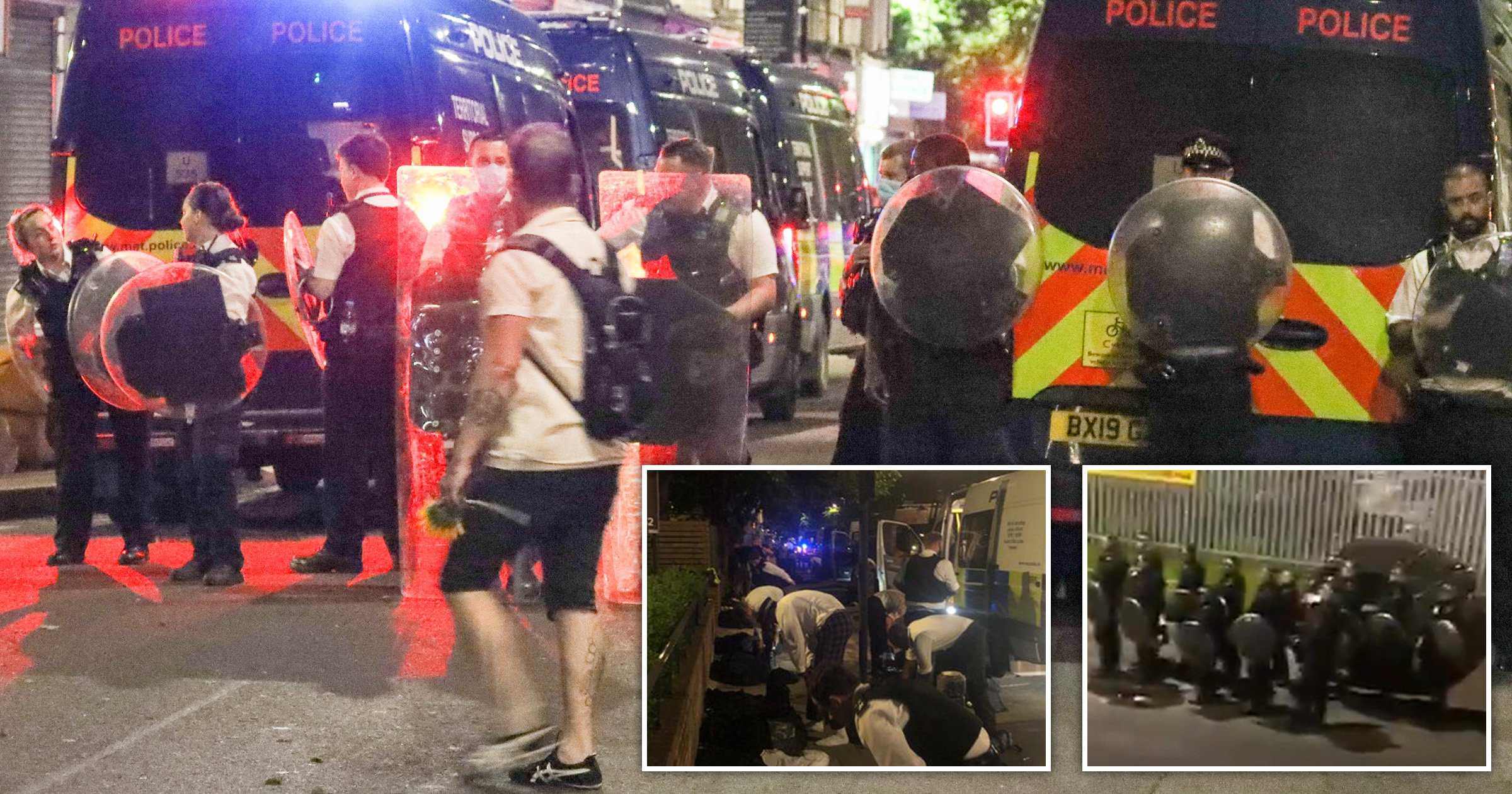 Trouble broke out in south London last night after a man was attacked and left with life-changing injuries.

The man, who is in his 20s, is believed to have been shot and stabbed at around 10pm in Brixton.

The situation quickly escalated and riot police had rocks and bottles thrown at them.

A boy, 17, was arrested on suspicion of attempted murder and remains in custody.

One witness said a police van may have been damaged in the violent incident on Moorland Road. No police officers were left seriously injured.

A helicopter and heavy police presence were seen in the area as surrounding roads were closed and bus routes diverted last night.

A Metropolitan Police spokesperson said: ‘Whilst at the scene, officers were approached by a large group of people and objects were thrown towards them. 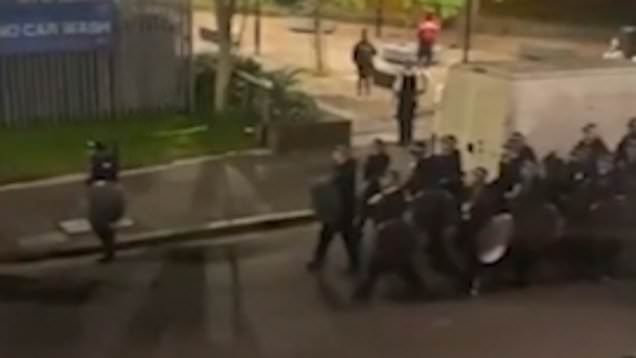 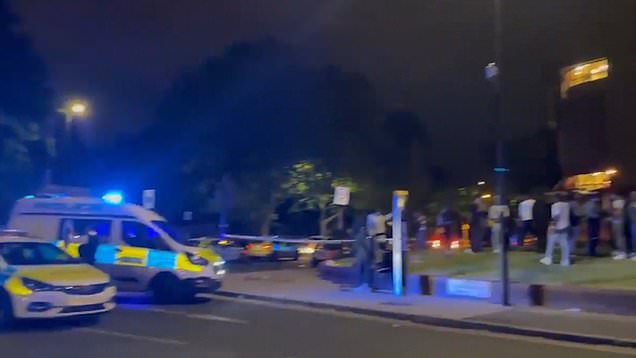 ‘Officers from the Territorial Support Group attempted and worked to disperse the crowds.

‘Fortunately no officers are believed to have sustained any serious injuries.

‘A crime scene is in place and a police presence remains in the area for the reassurance of local residents.’

Police are appealing for witnesses.