People across Britain have been leaving touching tributes to the Queen at Royal Parks in the form of Paddington teddy bears and marmalade sandwiches, his signature snack, to remember the Queen’s Jubilee sketch earlier this year in which she has afternoon tea with the iconic character. The Royal Parks charity, which manages the sites where people are leaving tribute tokens at Green Parks, has asked the public to only leave unwrapped flowers in memory of Her Majesty.

On their website, the Royal Parks has stated: “Unfortunately, no gifts and artefacts will be accepted and the public will be asked not to bring these to the parks.

“Non-floral objects/artefacts such as teddy bears or balloons should not be brought.”

Cards and labels are still okay to leave, and the Royal Park has said they will later be “seperated from flowers and stored”.

It comes after a video went viral in which the British public was unwrapping plastic on flowers left for the Queen, as plastic is bad for wildlife and prevents composting. 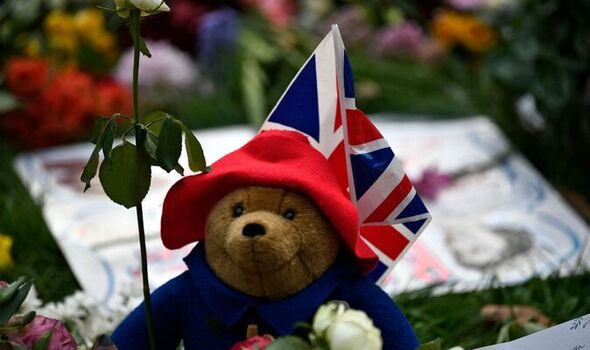 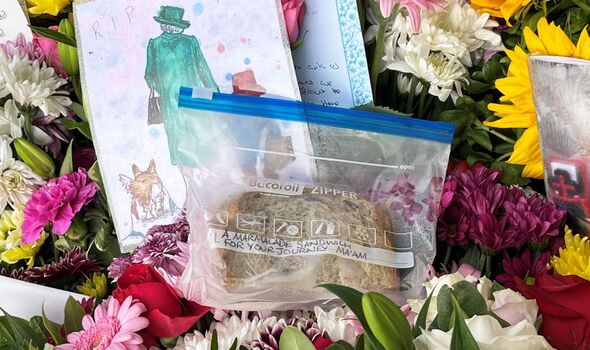 The Royal Park has also urged the public not to leave candles, as they are also a threat to wildlife.

They added: “In the interests of sustainability, we ask visitors to only lay organic or compostable material.”

Thousands of people across Britain have left tributes at different sites, with Buckingham Palace, Windsor Castle and Balmoral Castle being the biggest memorial sites.

Tributes will remain until the Queen’s funeral on September 19, when they will be removed after a 14-day period. 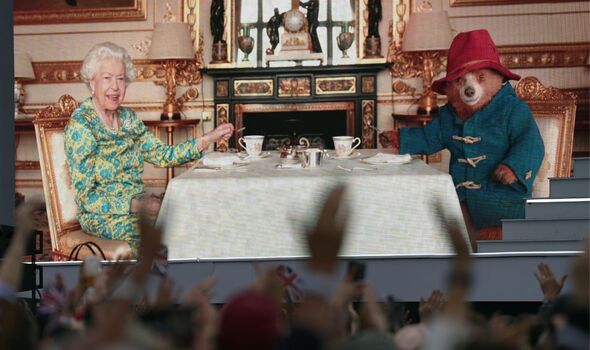 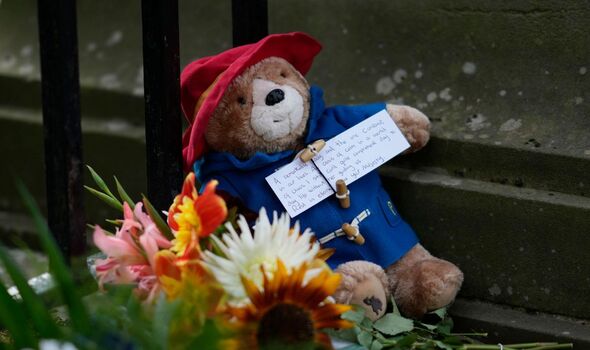 On Sunday, Prince William was gifted a Padding Bear toy by a royal fan while meeting mourners alongside Kate Middleton, Prince Harry and Meghan Markle.

According to the Daily Mail, a little girl gifted the toy to the Prince, to which he replied: “That is so sweet. Thank you very much.”

He also added: “I might give it to George. Thank you very much.”

Royal mourners have also been leaving sandwiches and notes which say “for later” on them, in reference to the Queen’s Jubilee sketch with Paddington Bear earlier this year.

The video sketch was part of the Platinum Jubilee celebrations to mark the Queen’s 70 years on the throne.

As part of the comedy sketch, Padding Bear rudely drinks all the tea but then offers Her Majesty a marmalade sandwich, known to be his favourite snack.

The Queen humorously replies that she always keeps a marmalade sandwich in her handbag “for later”.

When news of the Queen’s death broke on Thursday, Paddington Bear’s official Twitter account shared a posted message: “Thank you for everything, Ma’am.”