The Crystal Palace forward posted several screenshots of racial slurs that he was sent on his Instagram story following yesterday’s 2-0 win against Manchester City.

The 28-year-old Ivory Coast international wrote: “This message isn’t for me to get a million messages saying we stand with you and it’s disgusting or about me getting sympathy.

“I’m not here for all the nonsense that is being done instead of fixing the actual problem!

“I don’t mind abuse because nowadays it comes with doing the job I do even though it’s not an excuse but my colour will always be the real problem.

“But it’s fine because I’ll always be BLACK AND PROUD!

“Speak to me when you actual take this issue serious.”

He revealed he received messages from users calling him a “f****** n*****” and several monkey emojis.

Zaha has previously called out racism he has received on social media following football games. 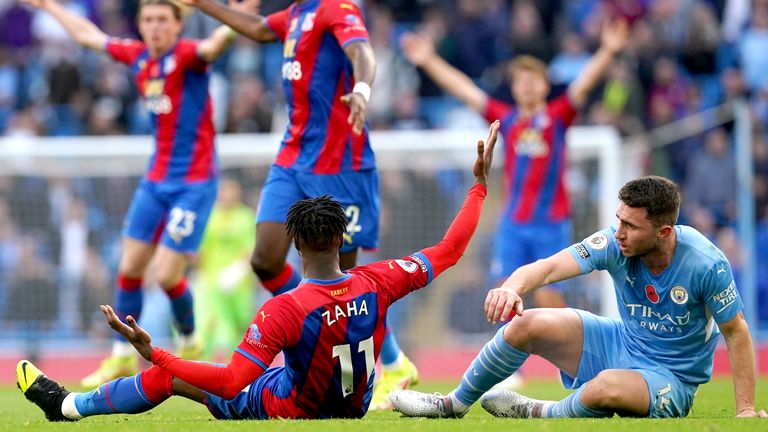 He also announced earlier this year that he would become the first Premier League player to stop taking a knee before games because he believed the meaning of the gesture had been lost.

“We should be encouraging better education in schools, social media companies should be taking strong action against people who abuse others online,” he said in a statement.

A 12-year-old boy was also arrested over abusive messages sent to Zaha in July last year.

Instagram, which is owned by Facebook, has said it will clamp down on discrimination on its platform through methods such as removing accounts to prevent abusive messages from being sent by users.

Back in February this year, Culture Secretary Oliver Dowden added the government was set to change the law to make social media companies accountable for any malicious content.

“Online racist abuse of footballers is absolutely shocking and must stop,” he wrote on Twitter.

“We are going to change the law to make social media companies more accountable for what happens on their platforms and they can start showing their duty of care to players today by weeding out racist abuse now.

“Players must not be abused for doing their jobs, enough is enough.”