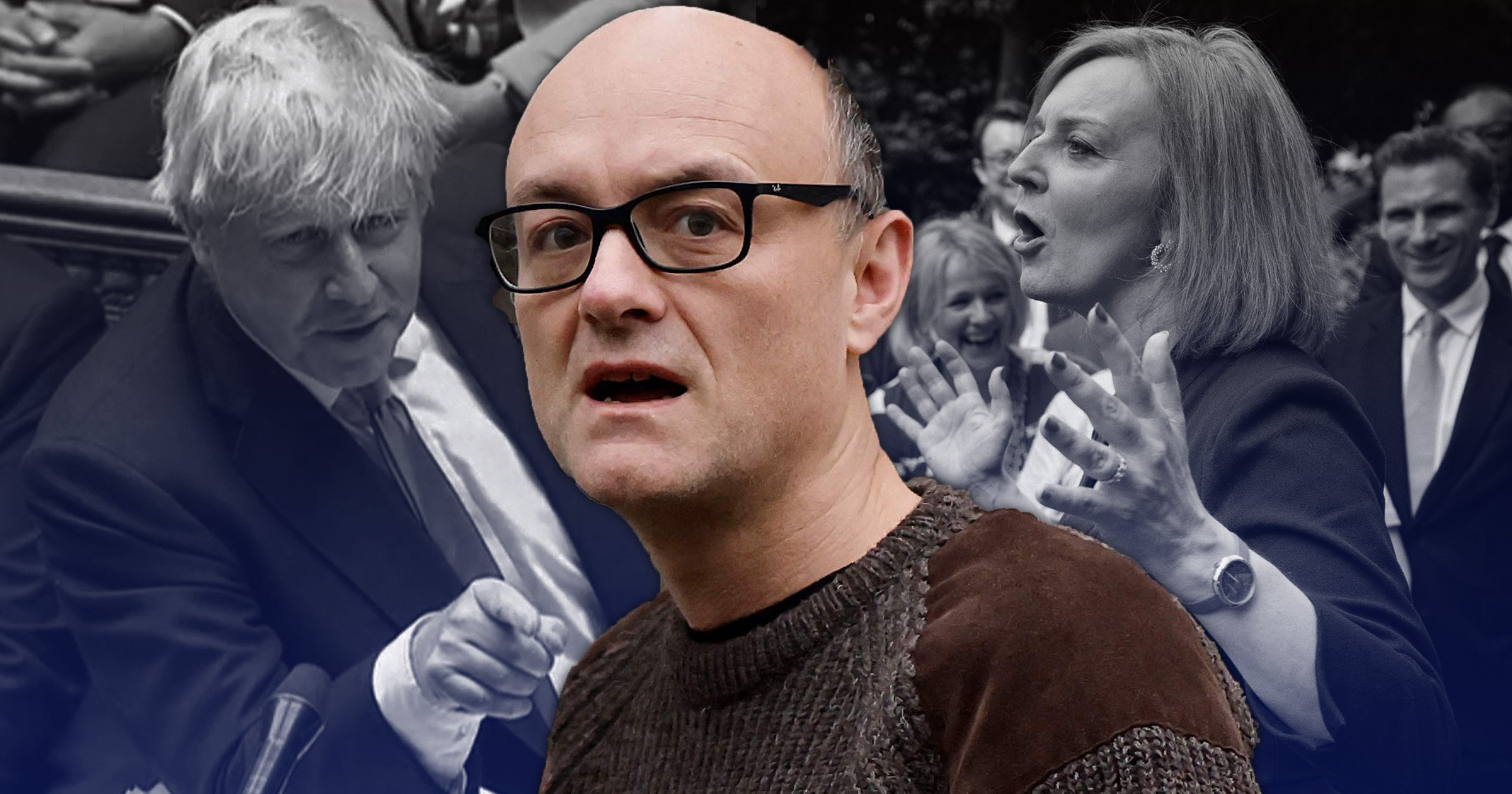 Dominic Cummings has claimed Boris Johnson is supporting ‘human hand grenade’ Liz Truss to be the next prime minister as he ‘thinks “she’ll blow and he can make a comeback’.

The British leader has refused to say who he is backing in the race to Number 10 after he was forced out of office by his own party.

But his former top aide alleges he favours the foreign secretary over her rival Rishi Sunak, whose resignation sparked his downfall.

Posting an extract from his blog, Mr Cummings said Ms Truss took his unpleasant nickname for her, ‘the human hand grenade’, as a compliment as she ‘gets things done’.

He went on to say that it was intended to imply that she ‘caused chaos’.

Using his usual emoji of a shopping trolley to refer to Mr Johnson, he said: ‘Why [is Boris Johnson] supporting the human handgrenade?

‘Cos  knows she’s mad & thinks she’ll blow & he can make a comeback. Why did I give her this nickname? Cos she blows up all she touches’.

It is one of numerous attacks on Ms Truss from Mr Cummings, sparking speculation that he favours Mr Sunak, who has denied accepting advice from him.

Johnson supporter Nadine Dorries previously told The Daily Mail: ‘People have to ask themselves the question: why is Cummings backing Rishi?

‘The answer to that question is because Cummings believes he can control Rishi and sees a role for himself back in government, and that is quite terrifying.’

It comes after Mr Johnson told MPs ‘mission – largely accomplished, for now’ in his sign-off during his last Prime Minister’s Questions.

In a nod to the Terminator, he also quipped ‘hasta la vista baby’, a catchphrase made famous by Arnold Schwarzenegger – whose character was also known for saying ‘I’ll be back’.

A friend of the Tory leader has reportedly claimed he ‘really thinks he will be back’.

Another told the Mirror he was ‘deluded’ but confirmed he wanted to return to office.

His hero Winston Churchill served a second term in office six years after he was ousted following World War II.

Mr Johnson’s closest allies – including Jacob Rees-Mogg and Nadine Dorries – have thrown their backing behind Mr Truss, with onlookers concluding that he is also likely to prefer her.

Around 180,000 Tory members will now decide which of the two candidates will lead Britain, after Conservative MPs voted out Penny Mordaunt in the final round of voting this afternoon.

Ms Truss has promised ‘a clear vision for our country and economy – and the experience and resolve to deliver it’.

Meanwhile, Mr Sunak – who has been criticised for being out of touch – has claimed ‘working people up and down the country, would rather have a PM with a long-term plan, one who doesn’t just bend with the wind’.

The former chancellor was the favourite with Tory MPs, winning 137 votes in the final round to Ms Truss’s 113.

But bookies have Ms Truss as favourite after early indications suggested she has the bigger backing among the crucial electorate that will make the ultimate decision.

Metro.co.uk has contacted Downing Street and Ms Truss for comment.