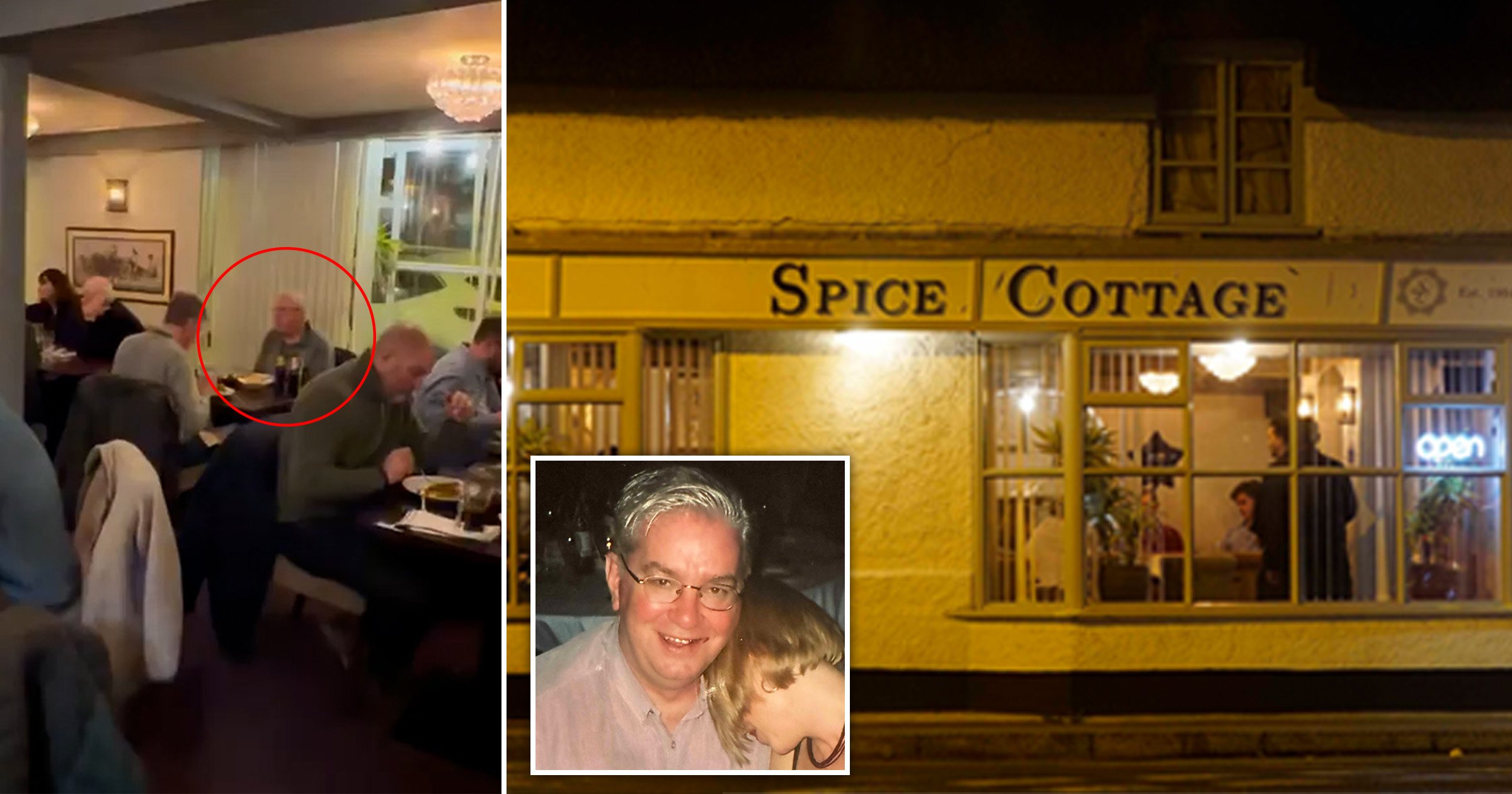 A curry house in the eye of an online storm has hit back at claims a dead man has been reincarnated in their promo video.

Lucy Watson has insisted her late husband Harry Doherty, who died in 2014, is in a short clip advertising the Spice Cottage in West Sussex.

The restaurant had shared footage to promote their ‘new mood’ for 2023 and claimed it was filmed last week.

But Lucy begged to differ, claiming there was ‘no doubt’ Harry was in the video.

She told MailOnline: ‘The moment I saw the thing I thought “Oh my God – that’s Harry”. It was so instant. I didn’t even have to think. He’d be eating a chicken korma because that’s all he ever ate.

‘I couldn’t pause the thing so I had to replay it about 30 times and each time I was surer and surer.’

An army of social media users soon rallied behind Lucy and demanded answers to the korma-based mystery.

The manager of the Spice Cottage, Bodrul Islam, has now entered the fray to ‘clarify some misunderstandings.’

He wrote on Facebook: ‘I run the social media side of the business and recorded a promotional video to portray our new wooden tables and interior refurbishment.

‘The refurbishment was completed in early January 2023 and the promotional video highlights these changes.

‘All videos used in the video were recorded week commencing January 9, 2023.

‘Before January 2023, all of our tables were covered by white and red cloths, henceforth it is evident this footage is recent.

‘This is a very unusual situation and we hope this clarifies any confusion.’

A flurry of comments followed his post as people shared their views and quips about the strange situation.

Tina Themistocleous added the man was ‘a Korma Chameleon.’

Stuart Chambers asked: ‘How powerful are your Korma’s…that they can wake the dead?’