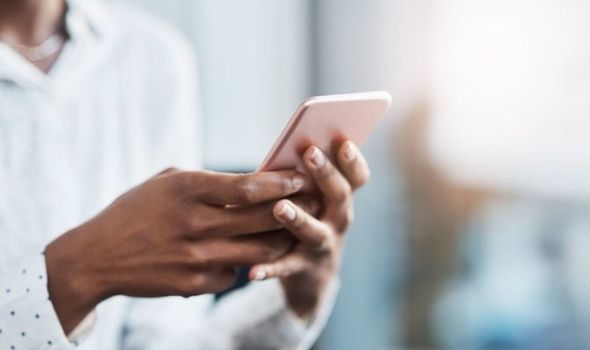 Girls as young as 12 are being sent unwanted sexually explicit pictures to their phones and other devices, prompting growing calls for cyber flashing to made a criminal offence.

A shocking 47 per cent of women aged between 18 and 24 have been sent unwanted explicit images or videos online, research has revealed.

The Prime Minister told the Commons Liaison Committee yesterday: “I don’t care whether flashing is cyber or not – it should be illegal.”

However, pressed by Tory MP Julian Knight, he refused to commit to including it in the Government’s Online Safety Bill.

He told the MP: “If you can draft something that will capture it, let’s have a look at it.”

Mr Johnson also signalled that he wants to see a crackdown on violent pornography, adding it’s “clear people are degraded” by it.

The PM said he wanted the “strongest possible” deterrent against internet companies that hosted “hateful” material.

“It’s time the online giants realise they cannot simply think of themselves as neutral pieces of infrastructure.

“They are publishers, they have responsibility for what appears on their system.” Experts fear schoolchildren are increasingly being bombarded with unsolicited sexual images or videos.

In Scotland, it has been classified as a sexual offence for more than a decade.

Campaigners are now demanding that it is made a criminal offence across the whole of the UK, declaring: “If flashing wouldn’t fly on the street, or at the office, or in the classroom, it shouldn’t be tolerated in your inbox.”

Dating app Bumble said more than half of women claim to have been left feeling less trusting of others online.

Campaigners will lobby MPs on the issue in the hope they will add a new offence of cyber flashing to the Online Safety Bill currently going through Parliament.

Whitney Wolfe Herd, founder of Bumble, said: “It’s shocking that in this day and age we don’t have laws that hold people to account for this.”

‘It made me feel very uncomfortable and intimidated’

Kim Fawcett, 41, from Durham, was shocked when her 12-year-old daughter confessed that she had received unwanted sexual images on various occasions.

She said she was “dismissed” by the school on reporting the incidents and that no further action was taken.

The mother of two said: “My daughter received images via WhatsApp from her classmates at school. A pupil sent images of his penis and his twin brother’s on various occasions to my daughter’s phone and to other girls in the year group.

“I was really shocked that this had happened to her at such a young age.

My daughter said she was also shocked. She is autistic so is a very private person even within the family. I don’t think she knew how to handle it, which is why she told me.

“The law needs to keep up with the current climate and cyber flashing should be made a criminal offence.”

Traci Good, 51, from Derby, was also a victim of cyber flashing and received a random explicit image on a train.

The mother of three said: “The incident happened on a train. It was 6:15am and I was on the way to London from Derby. I was on my iPhone, and someone airdropped me a picture of their genitals.

“When I saw it, I was like ‘What the hell!’ I scanned the carriage, but it was full of people. I just sat there thinking someone in here just sent me a naked picture, that I really didn’t want to see.

“It made me feel very uncomfortable, almost intimidated, the thought that someone was sat close enough to me that they could do this and think it was OK.

“We really need the law to catch up, this shouldn’t be tolerated.”

Cyberflashing is an alarmingly common practice that has increased during the pandemic.

A recent study by dating app Bumble found that nearly half of women aged 18-24 had been sent a sexual photo without their consent in the past year.

And it is even worse for younger girls.

Many women experience cyberflashing as a real sexual violation. For some, it’s worse than being “flashed” in the street, as they feel seriously threatened. Yet, there is no clear law against it.

This is why the Government must use the opportunity of the Online Safety Bill currently going through Parliament to introduce a new criminal offence.

A new law will send a clear message that cyberflashing is wrong, but it must be comprehensive – covering all forms of cyberflashing – and must focus on non-consent.

At the grand old age of 36, I have lost count of the couples I know who met online – myself included.

Sarah Everard’s murder in March reminded us that women are not safe. For as long as I can remember, I have not felt safe on my own in public – ever since I was flashed as a teenager.

I told my parents. In a middle-class way, they were appalled but that was the end of it.

But almost 20 years later, I want to make a fuss. Women are not safe in public spaces and that includes online.

Cyberflashing has two sick currents: harassing someone online with an unsolicited explicit picture; or, more repulsive still: using Bluetooth to force photos of your genitals onto strangers on public transport or in a public space.

Consent is essential here. Modern romance often takes place online where consenting adults share photos of each other. But hundreds of thousands of women do not consent to receiving filthy photos.

The Safeguarding Minister Victoria Atkins told the Commons in September that “what’s illegal offline should be illegal online”.

Cyberflashing needs to made a criminal offence.